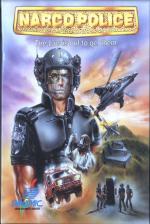 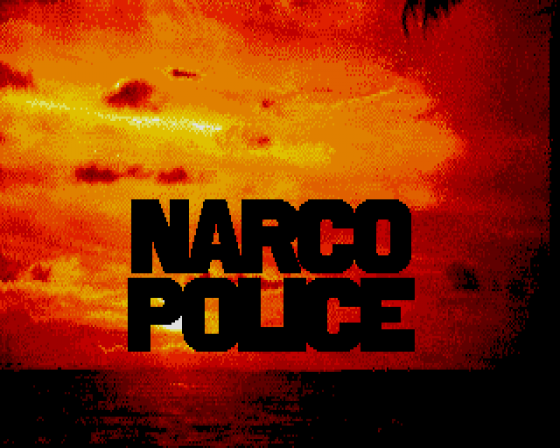 Yes, it's a Dinamic game; yes, it's a shoot-'em-up; no, it's not another platform game. Up until now Dinamic's reputation has rested on their two Moves games - Army Moves and Navy Moves - and a couple of other easily forgettable shoot-'em-ups. Take a glance at the screenshots on this page and it's easy to think they've turned the corner. Massive sprites, loads of bullets and a human face to point your missiles at. Far better than zapping a few aliens in outer space, surely?

You have three teams of men in Narco Police and your task is to lead as many of them as possible through to the operations centre located in the middle of a small island in the Pacific ocean. At the start of a game you decide the weaponry to carry and the point at which your troops land on the island. After that, you then need to race through endless ribbons of corridors towards the operations centre.

As you race through the corridors, legions of men leap out of the roof and from behind rocks (it's a rough corridor) to fire at you and toss grenades in your direction. To defeat them you need to blast your gun wildly and watch the blood fly. Stand still, fire the fun while rotating it left and right and you can get just about everything in your path. 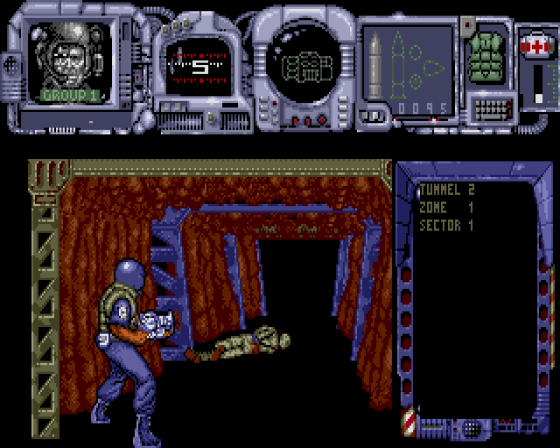 Other obstacles include security lasers and cameras which must be blasted using pointed ammo. During your travels you also come up against protective steel doors or men behind sandbags hurling bombs at you. In both instances, a missile comes in handy - but did you remember to bring one with you?

At any point in the game you can switch between your three teams, gradually working your men through the maze of corridors.

OK, you'd love to rip off all your clothes, pour baby oil over your puny arms and race round Milton Keynes in Rambo-cum-Who's Talking? style. Sadly you're still going to be disappointed with Narco Police.

The animation in the game is virtually non-existent. True, the action sprites are huge and expertly drawn, but there's where the problem begins. Because they're so big you expect them to be properly animated, but with only three frames of animation used in the walking, the characters limp along unconvincingly. Detailed sprites show the character firing his gun but again there's no animation in between the separate frames.

Sound effects are extremely effective, though very repetitive. The rat-tat-tat of sampled gunfire makes you feel like you're taking part in Vietnam - though after a while it begins to sound like you're in a medieval dungeon undergoing some fiendish Spanish Inquisition sort of torture or brainwashing.

Granted, the plot is likely to give the indomitable(?) Mrs Whitehouse a heart attack - praise indeed - but the action doesn't keep up with what the game's trying to do. Make a move left or right and you need to endure a ridiculously frustrating delay before the action responds to your movements. This makes a game almost unbearable to play and I vote it should be made a capital offence for games programmers, punishable by guillotine. The probs in the graphics department don't aid this situation much, making the game look very jerky and drawing still move attention to the poor response. If you just can't resist human torture on a genocide scale then Narco Police satisfies. If you like some playability in your games then there's plenty of other titles to choose from.

Almost unbearable to play... And the graphics make the game look very jerky too. 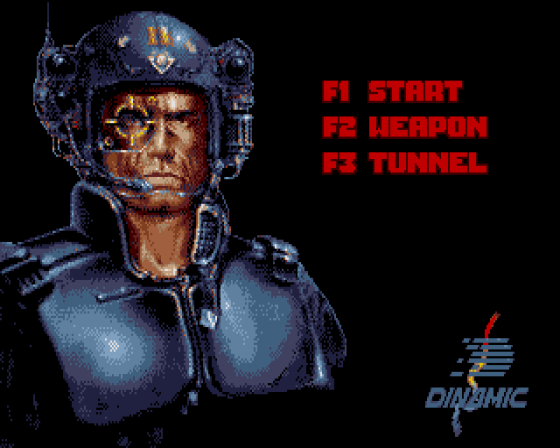 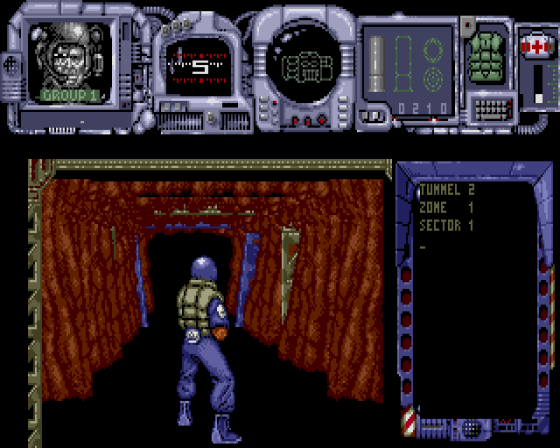 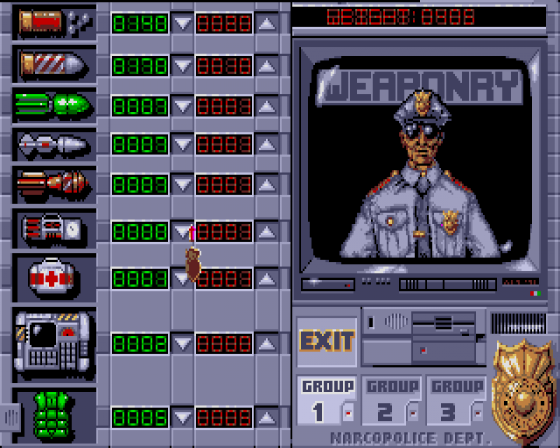 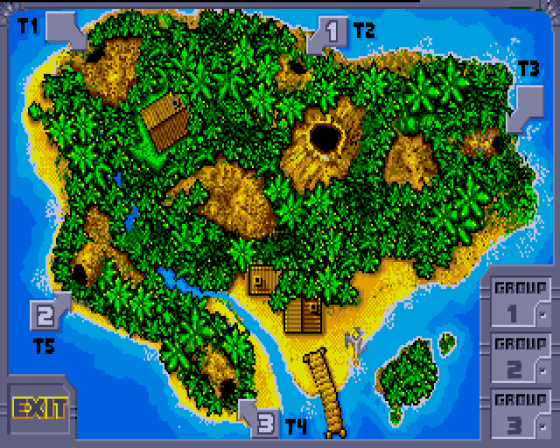 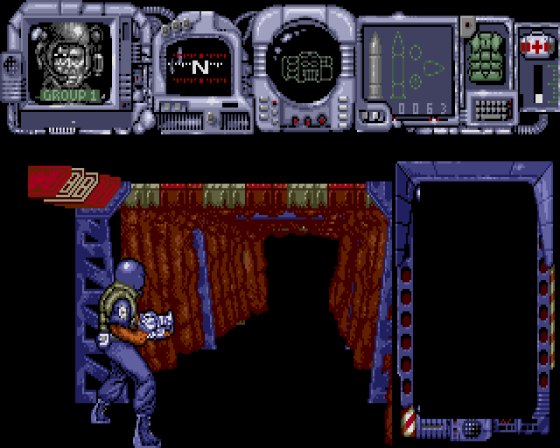 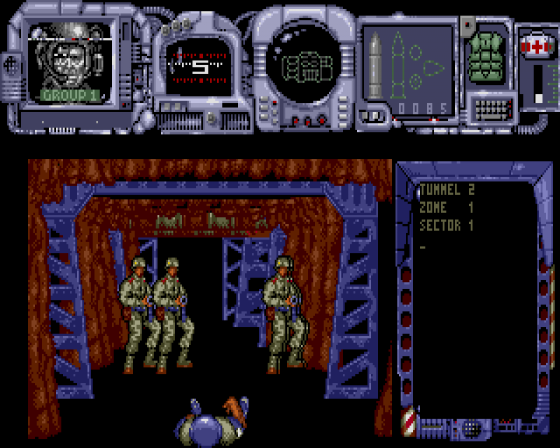 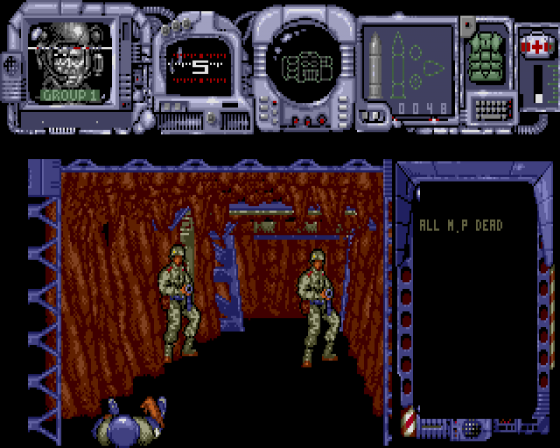