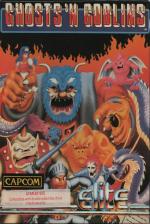 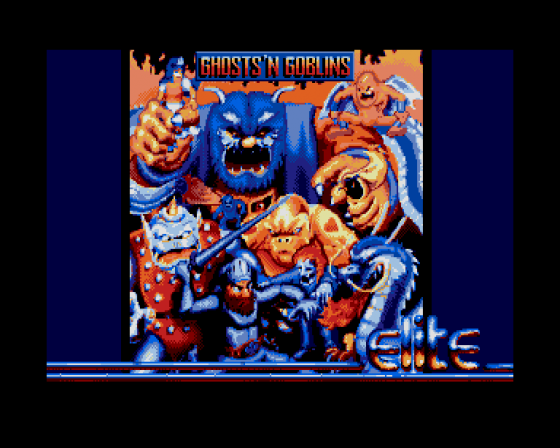 Arcade fans were first swept up by the Ghosts 'N Goblins phenomenon in 1986. Three years later, its shelf life was over and Capcom brought out a follow-up called Ghouls 'N Ghosts. Since then, US Gold have obtained the licence for the follow-up and released one of the best ever scrolling adventures. Elite obtained the licence for the original at the time of its release, but company problems delayed the ST conversion until now. US Gold's success with Ghouls 'N Ghosts has left Elite with egg on their face.

Although Ghosts 'N Goblins is dated, its scenario still has potential for some clever graphics and sound effects, so have Elite delivered the goods?

The objective is the usual old bunkum about rescuing the beautiful princess from the clutches of the demonic Overlord. This mind-boggling feat takes place in a graveyard wriggling with an inexhaustible supply of creatures who crawl out of their holes to cause you grief. These creatures become ever more malicious toward the end of each level where you encounter an oversized, power-hungry monster who gobbles up your hammers and knives as if they're Smarties. The key to defeating these awesome beasts is simply to work out the best place to stand. 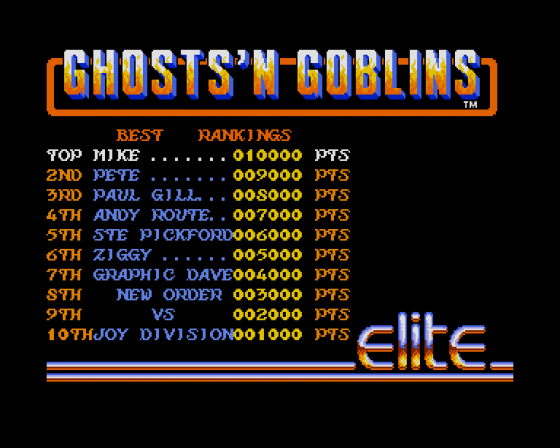 You begin armed with a healthy supply of knives, but as you proceed you have the opportunity to pick up a variety of other weapons. Since each new weapon replaces the current one you need to be careful not to lose a trusty weapon by picking up something completely useless.

Most of the action takes place in horizontally-scrolling levels, but there are also platforms to climb. At points in each level, the action freezes and additional graphics and backdrops are loaded from disk before you can continue.

This sort of game depends on graphics and absorbing sound effects for survival. Sadly, Ghosts 'N Goblins looks like it's taken its last breath. The playing sprites and backdrops are small, colourless and without detail. They lack subtleties of shading, and although their movement is smooth, they're far from impressive.

It's not all bad news though: the biggest challenge to any ST horizontally-scrolling game is the smoothness of the scrolling and in this department there's no disputing that the game scores highly. However, it's little compensation for poor graphics and equally tedious sound effects.

It's inevitable that Ghosts 'N Goblins is going to be compared to US Gold's conversion of the sequel, and the programmers must be incensed that their rivals made such a good job of it. Unfortunately they only have themselves to blame. Even though the arcade version's graphics were hardly spellbinding, that's absolutely no excuse for ignoring the full potential of the ST.

Some games that spend a long time in the pipeline are often well-researched and developed, but when it takes three years for a game to be released you start becoming suspicious. And rightly so. ST games are improving so fast that if we have to wait that long for any game, it's an anachronism the day it appears. It's easy to forget just how far ST games have come in such a short time until you see a conversion of a relic from 1986 like this one. If it had been released 18 months ago it would have been praised; now it's too little much too late.

This is a relic now. If it had been released 18 months ago it would have been praised; now it's too little much too late. 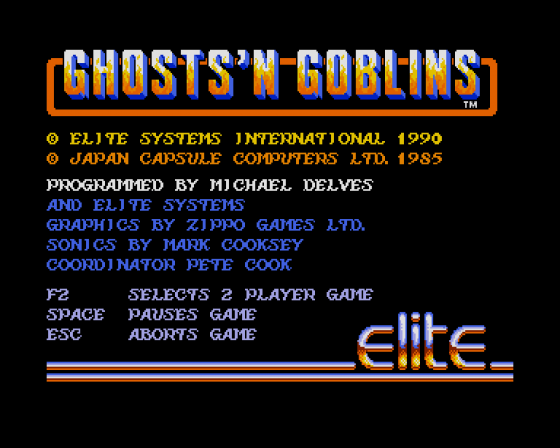 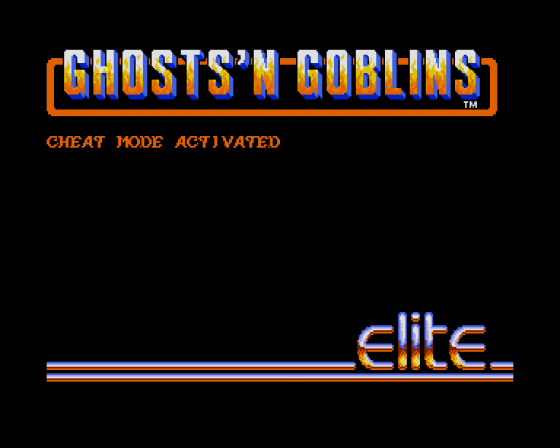 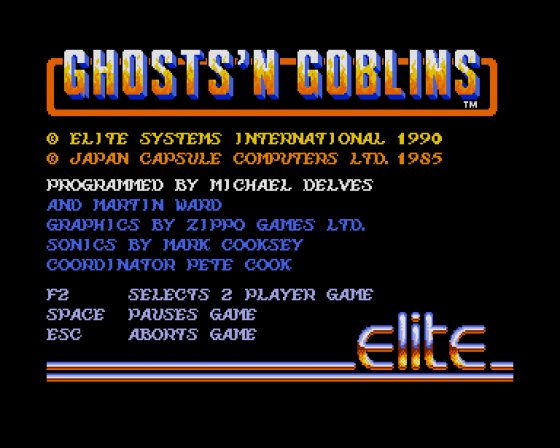 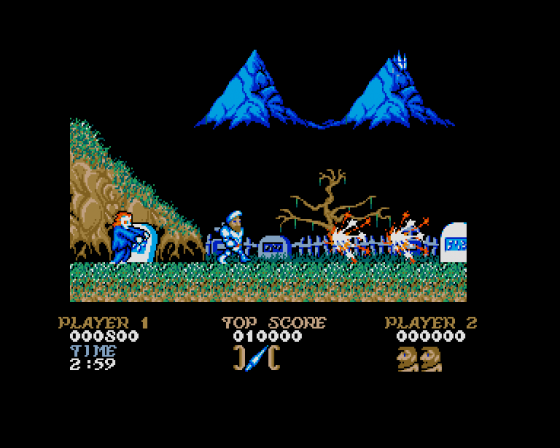 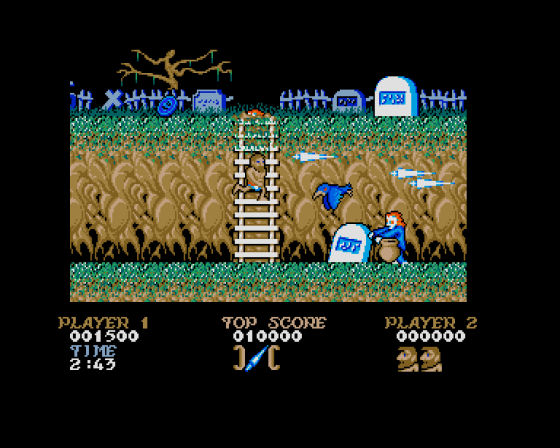 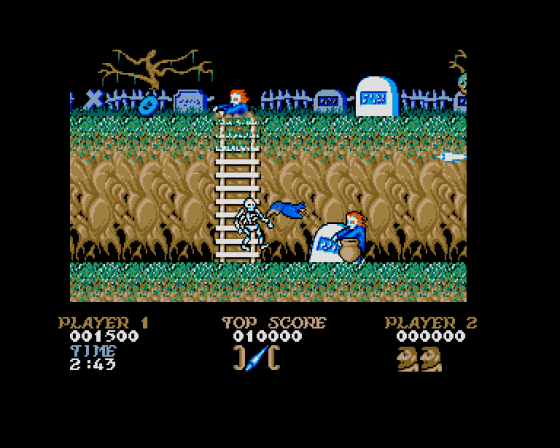 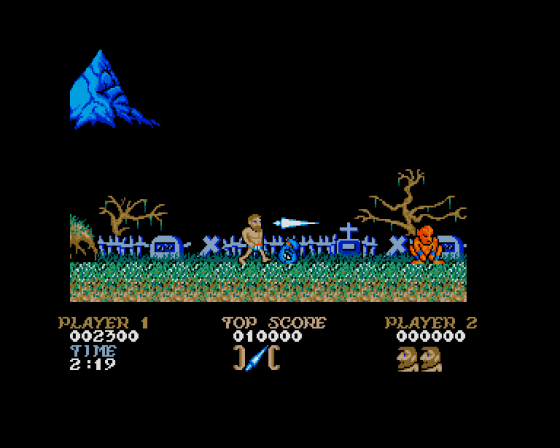