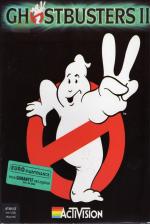 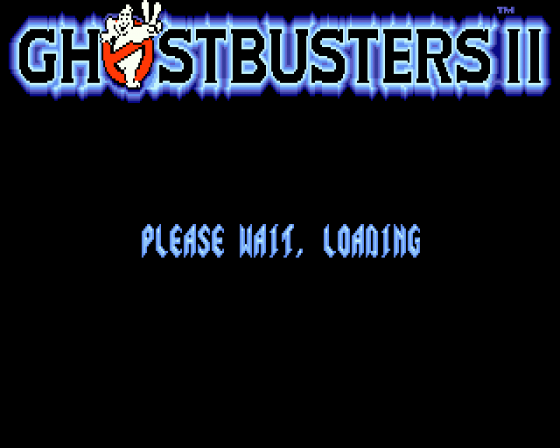 Though it topped the charts, the original Ghostbusters game was hardly a great programming achievement. Never mind: a successful film guaranteed a sequel, and now Activision get a second bite of the slime cherry.

The three levels of Ghostbusters II have been assembled from three major sequences of the film and pit you against the ghosts in a ventilation shaft, inside the Statue of Liberty and in a museum: only be completing one level successfully can you move on to the next.

In level one you're a Ghostbuster hanging around (literally) in a shaft and trying to collect a slime sample from the bottom. You've been winched down the shaft on a long cable, which wouldn't be so bad - if only the walls weren't pulsating with ghosts. 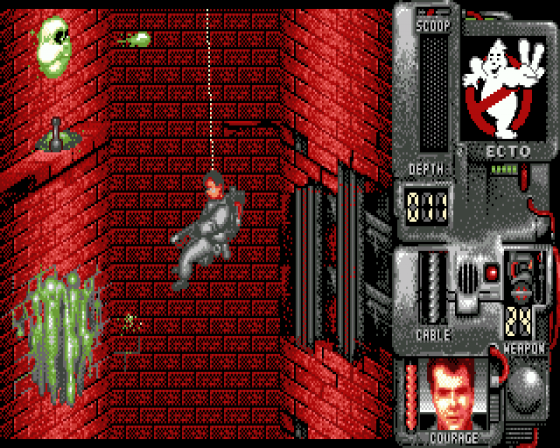 In the weapons department you have a Proton laser which gives you the chance to nuke the ghouls, but often not before they've damaged you. Unfortunately this laser appears to have extremely dodgy batteries, so use it sparingly. Mind you, you also have PKR bombs and shields that you pick up from the side of the shaft by swinging towards the wall and touching them with your feet, so the situation isn't too desperate.

You can pick up courage this way too, and the Ghostbusters certainly need lots of that to survive. Whenever you're hit by a ghost your courage level drops; run out and you lose one of your three lives.

By level two the Ghostbusters have traced the source of evil to a museum, and for some reason never satisfactorily explained in the scenario they must get there before New Year. But the museum is encased in an inpenetrable shell, and their wacky solution is to fill the Statue of Liberty with slime and take it to the museum. (Why? Wotcher mean, why?) 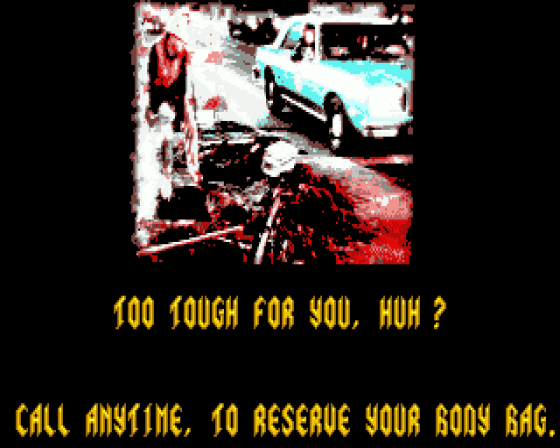 The statue can move because it's been filled with slime, but every time it's hit by an unpatriotic ghost the slime reserves decrease. To protect the statue in all its glory hurl fireballs at the ghosts - but remember that going on the offensive also uses up valuable slime.

You're probably realised by now that this level is all about amassing a large portion of slime, which can be collected by giving the ghosts a good blasting and gathering the droplets of slime left behind when they die.

The museum is the final level, and here you take control of all the Ghostbusters to rescue Oscar the baby and destroy Vigo the Carpathian. 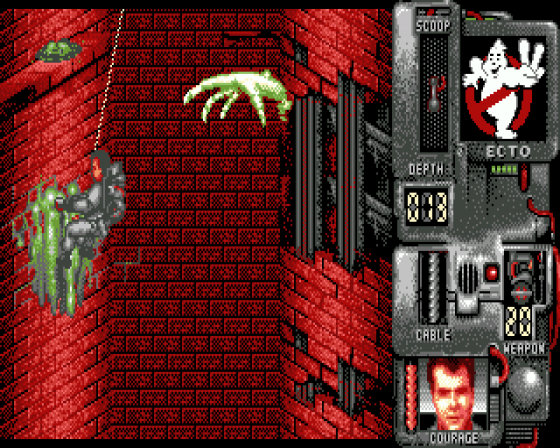 The level kicks off with the Ghostbusters abseiling in through the roof. Once you've overcome the obstacle of how to land without breaking your neck, it's up to you to find a demon hidden inside a painting.

This painting is indicated by a baby suspended in front of it, and you need to grab the baby before the Demon enters its body. Fortunately, various weapons are on hand to help out as you direct the four Ghostbusters around the museum.

The game's biggest strength is undoubtably its massive sprites. Whatever Ghostbusters II may lack in playability, at least none of its problems stem from the visuals. From the ghost-infested shaft right through to the museum, the graphics are well defined, effectively drawn and beautifully animated to conform to the Ghostbusters' wacky world.

The game opens with the maddeningly hummable Ghostbusters theme - magically digitised to lull your ears into an appreciative state before the so-so standard ST spot sound effects arrive.

Ghostbusters II: stunning visuals, snore inducing plot. There's much potential in a licence such as this, and programming team Fours Field have worked hard to try and better the last Ghostbusters effort.

Sadly, playability is, if anything, even worse. The game may have an instant attraction, but it doesn't last. The three levels quickly become tedious through lack of variation - it's just a monotonous case of ghostblasters. Players expect extra excitement at the end of a level, and the occasional big bad guy wouldn't have gone amiss. I'd guess that the game's fans will be limited to those who most enjoyed the film. A great opportunity missed.

Stunning visuals, snore inducing plot. There's much potential in a licence such as this, and the programmers have worked hard to try and better the last Ghostbusters game. Sadly, playability is, if anything, even worse. 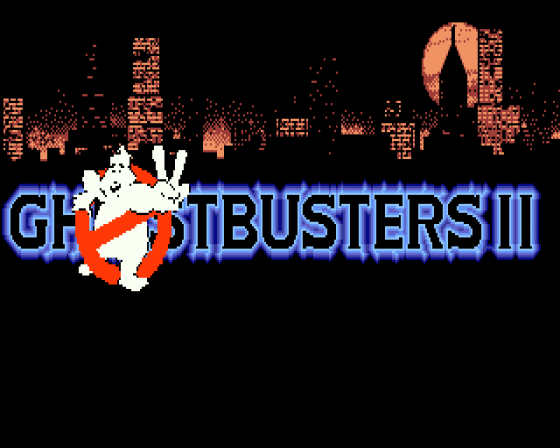 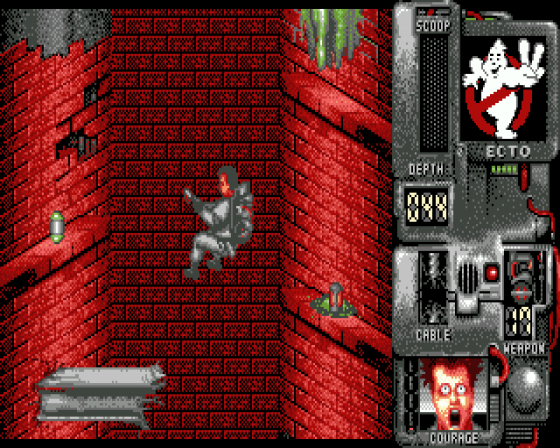 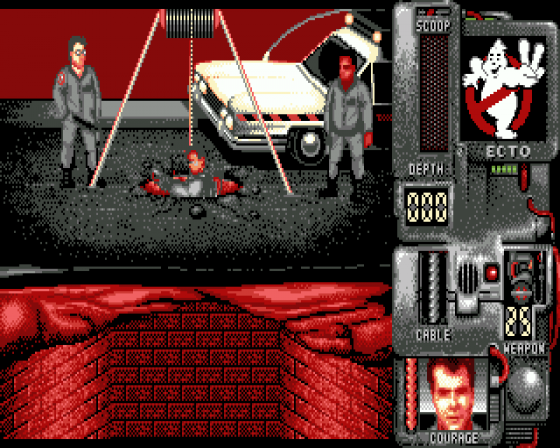 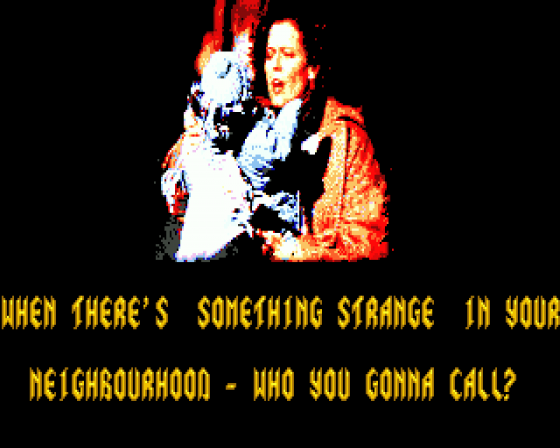 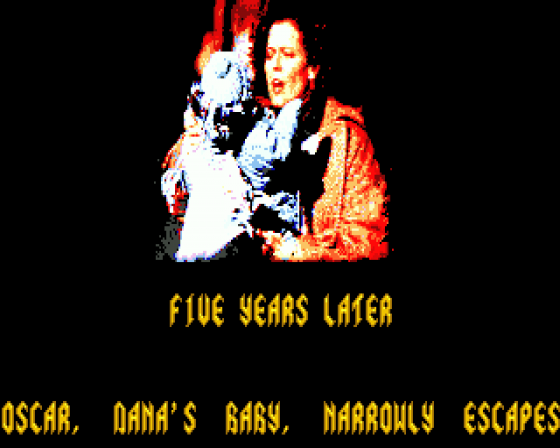 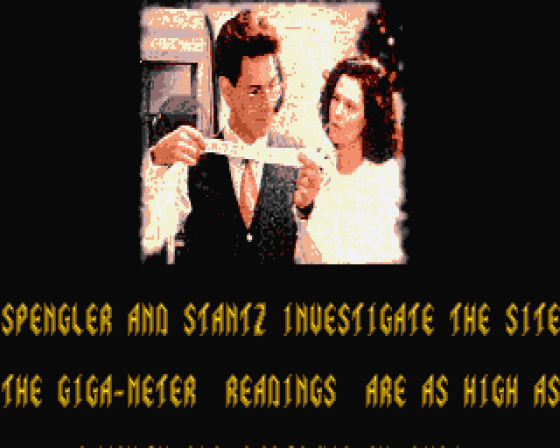