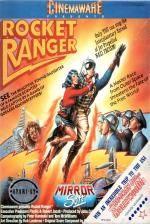 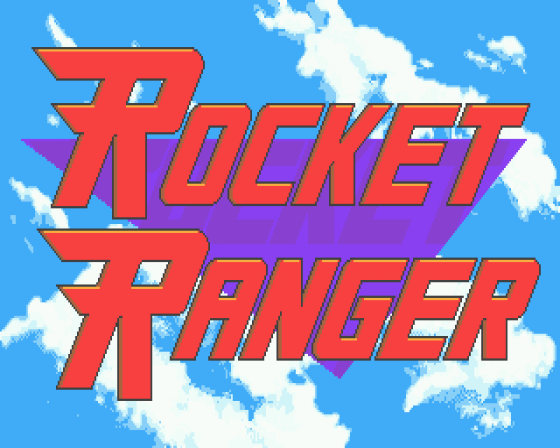 The Nazis were very strange people. They had squadrons of Messerschmidt 109s patrolling the skies above his factories, rocket ships on the moon extracting minerals - and then used a zeppelin to kidnap Professor Otto Barnsdorf, world-renowned rocket scientist, from his home in Washington DC.

Fortunately, this gives Rocket Ranger (you) time to take off from his Fort Dix base and intercept the great gasbag (the zeppelin, not the professor) mid-Atlantic. This is your first task in the game. If you fail, the Nazis may succeed and transporting Barnsdorf and his lovely daughter Jane to the moon, where he will be put to work furthering the Nazis' plans for global conquest.

Indeed, those Nazis are going to keep you pretty busy as you roam the world collecting the five parts of a rocket you need to get you to the moon. Only then can you destroy the Nazi base where they mine the precious lunarium that forms the source of their power. 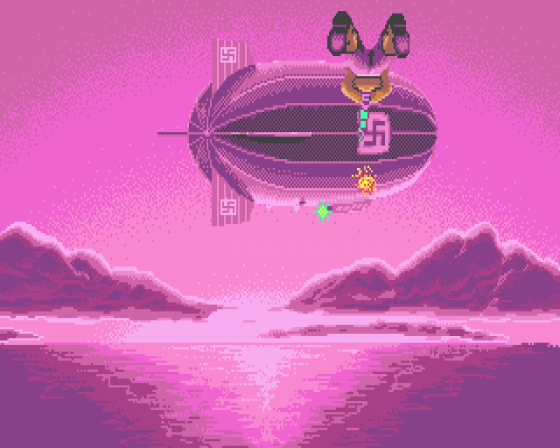 Back at Fort Dix you can plan your campaign in the war room, where you can organise resistance and direct agents as you try to stern the evil Nazi tide. From time to time these agents will sent back little bits of intelligence which will help you to locate the essential rocket parts.

Of course, the Nazis aren't going to give these up without a struggle, and to get to the enemy's strongholds you'll have to battle your way through squadrons of marauding ME109s, blasting them out of the sky with your trusty radium pistol. Once at your destination, there are thug-like Nazi guards to fist-fight your way past before you can get at the essential rocket bits.

The graphics are certainly pretty enough, and designed to rekindle lump-in-the-throat feelings of nostalgia about those vintage Rocket Ranger films (even though you were probably minus thirty years old at the time). Animation of the ST version is sluggish, and the more Messerschmidts there are on the screen at once, the slower it gets - add the continuous stream of bullets from your radium pistol and at times the whole lot looks like it might seize up completely. The soundtrack is a jaunty 30s-style affair which sounds more like a cinema piano than an electric guitar - but only just! - while the sound effects accompanying your pulsaying radium pistol and the motors of marauding Messerschmidts are functional rather than inspired.

Rocket Ranger makes a great interactive demo, but as a game it lacks real depth and immediacy. There is a lot of tedious disk swapping (the game comes on three disks) and a lot of time spent staring at message boxes you already know off by heart while the machine loads up the next batch of screens. The action sequences are few and rather crudely executed, while the strategy element is just that - elemental. Wonderful to look at, but that's about all.

Makes a great interactive demo, but as a game it lacks real depth and immediacy... Wonderful to look at, but that's about all. 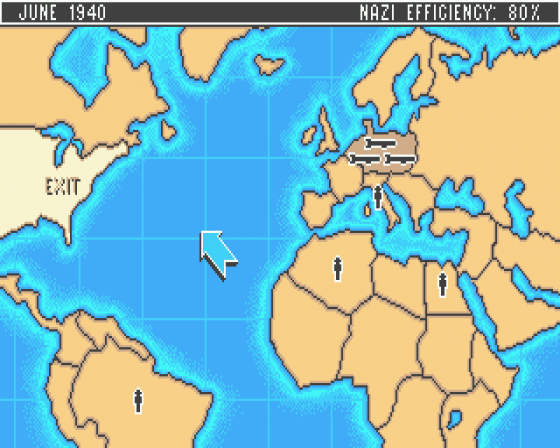 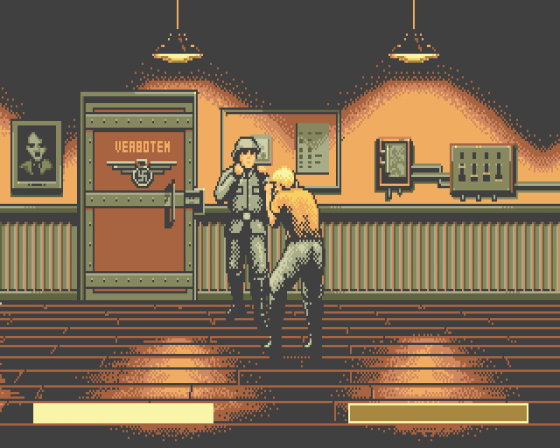 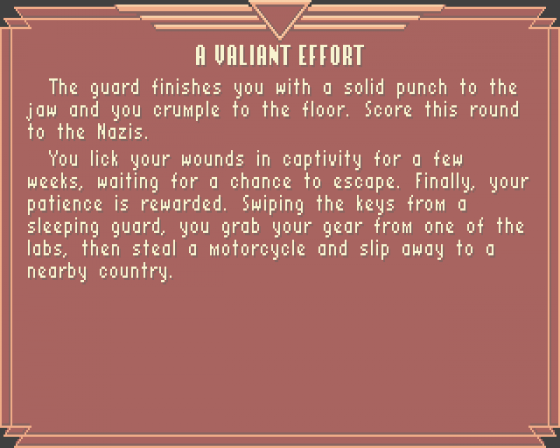 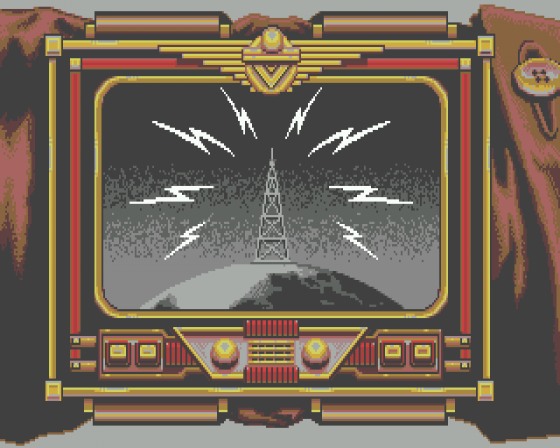 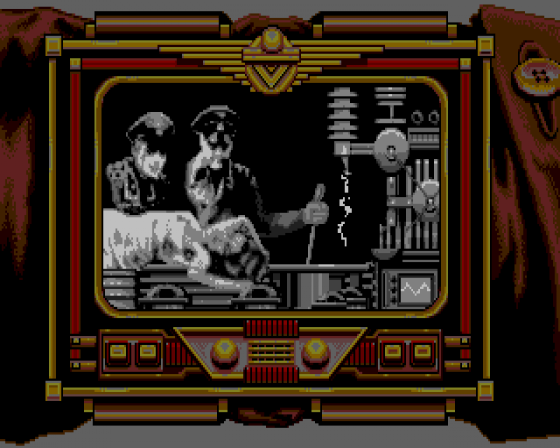 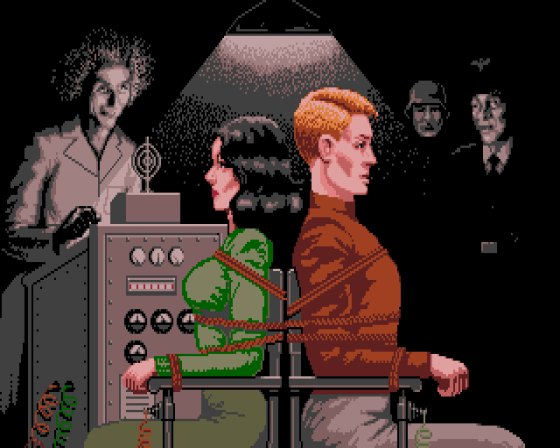 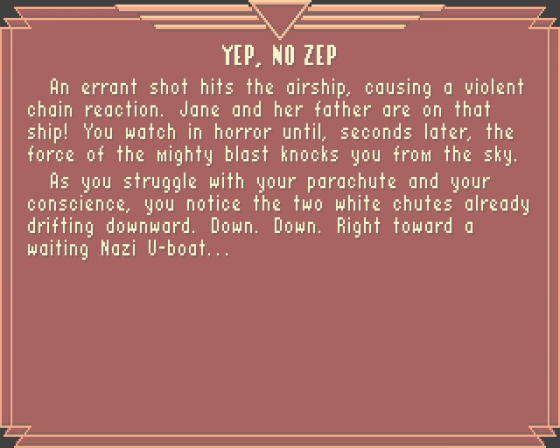 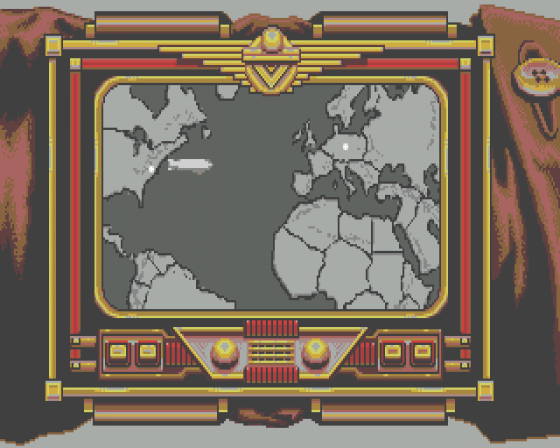