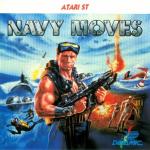 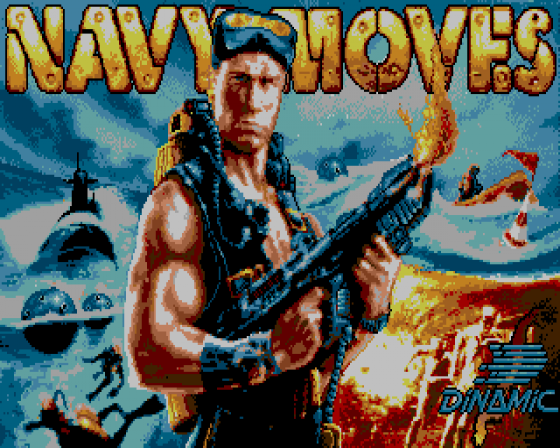 Dinamic introduced the public to the lifeless Army Moves last year and they're hoping to reaffirm their position with this new game in the same vein.

The objective of Navy Moves is to destroy the enemy's U-5544 nuclear submarine. An easy task, you chuckle? You have to complete a two-stage nightmare of bullets and bombs before you even get the opportunity to attempt it.

The first stage places you in a plastic dinghy customised with a super-fast engine. You must race along at speed, leaping over the floating mines and blowing up opposing motorboats. 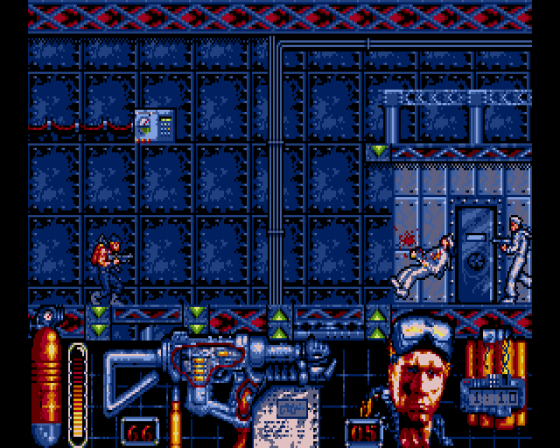 The mines come at such a ridiculous frequency that you spend more time in the air than you do in the water. There is little variation in level one but once you've worked your way through the maze of mines then it's into the second level. This is not the only route through to this part of the game - an option at the beginning allows you to select to go straight into level two.

This is a standard platform shoot-'em-up - you must blast every character who moves. It's set inside a maze of elevators and floors inside a submarine so you tend to encounter a legion of navy officials. Searching one of these will reveal certain codes necessary to complete the challenge, for example, opening the door to the base of the reactor.

A range of weaponry comes in useful for wiping out the more dubious characters although it's not too difficult to avoid offending enemies by taking advantage of all the elevators. 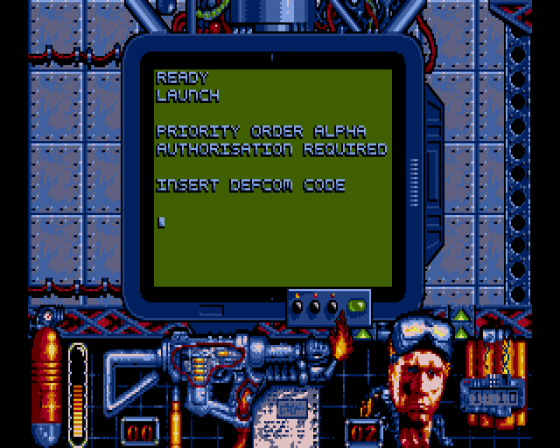 There are some attractive sprites in the game. The enemies in the platform level are effectively portrayed and realistically drawn. They have not been animated too brilliantly and they're far from menacingly massive but this is compensated for by some fast action sequences. These aren't easy to tackle since the screen can often become grossly overpopulated with enemies.

The backdrops in the first level are striking. The sea looks good and the reddened sky is very eye-catching even if it does make distinguishing the identically-coloured red mines damn near impossible.

Sound is limited to standard spot-effects, some of which are fairly dire.

For example, when you're in the dinghy, you can fire missiles to blast away any other craft; unfortunately, every time you fire a missile the noise of the engine disappears, your missile is fired and then the engine noise returns - not exactly realistic.

Army Moves was a ridiculously difficult game to play and Navy Moves has inherited the same complexity. Level one is annoyingly hard to survive, especially when the other boats make an appearance but what is most frustrating here is that after every collision with a mine you're immediately returned to the start of the level.

If you can survive this, then level two poses yet more problems. Men appear out of nowhere to make life under the ocean wave a misery. When the screen becomes a hive of activity it's not easy to keep track of all the action so survival is limited to a few brief minutes.

Navy Moves boasts a better gameplay than its army counterpart - which isn't too difficult - but it's still the type of game which is good for a few brief plays but becomes quickly boring.

Navy Moves boasts better gameplay than its army counterpart, but it's still the type of game which is good for a few brief plays but becomes quickly boring. 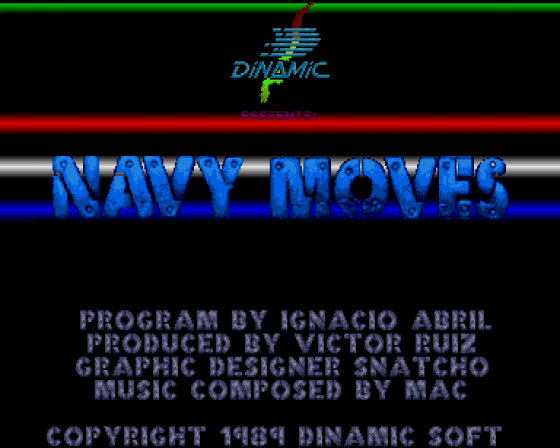 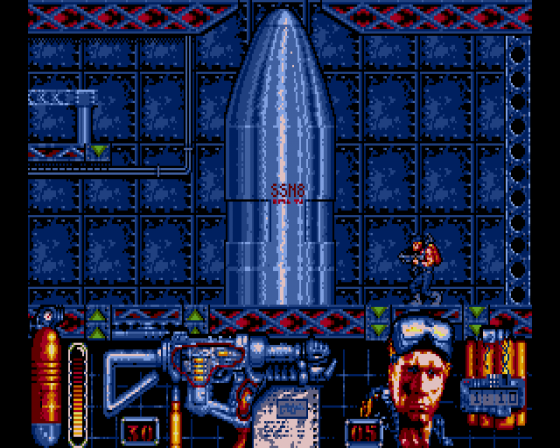 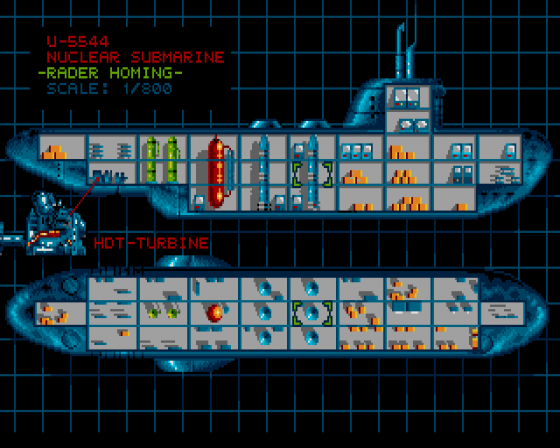 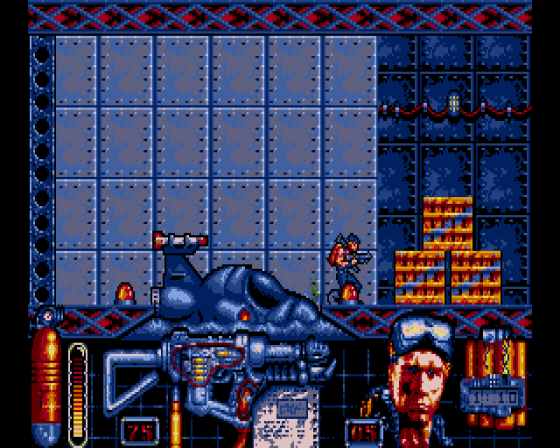 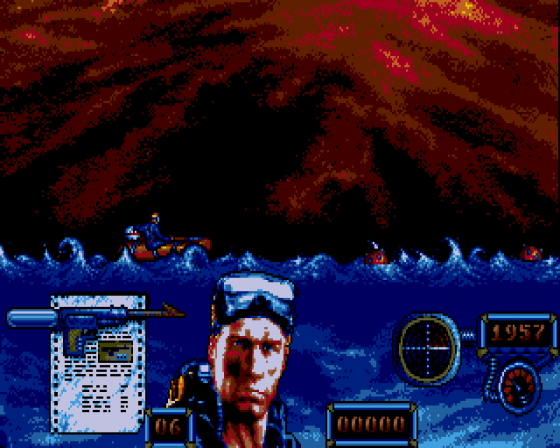 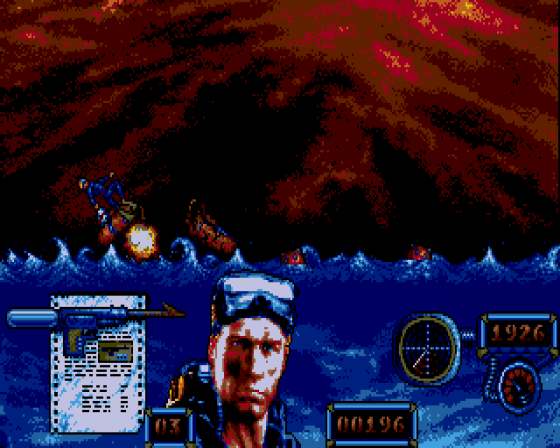 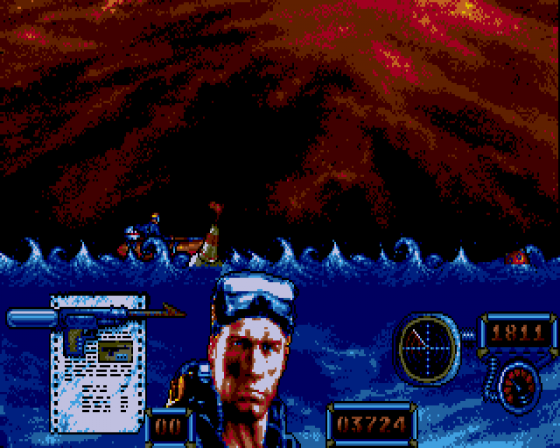