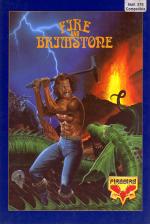 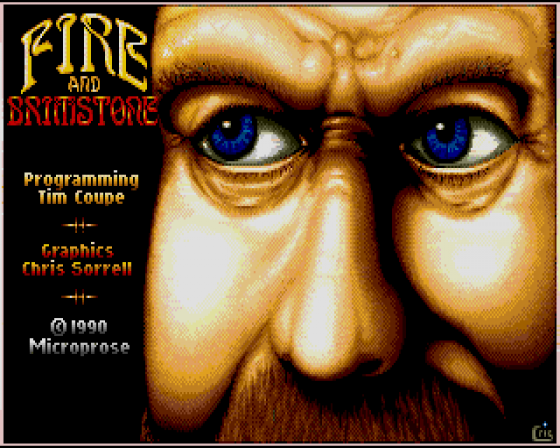 Bursting with menacing monsters and full of enough frustrating obstacles to render a person certifiable, Ghouls 'N Ghosts was the most prodigious cutesy action game ever. Now that ole devil Mark Higham risks hell and high water to report on an intriguing variation to a winning scenario...

There's a certain kind of game that is just so addictive. It's nothing to do with eye-popping visuals or brilliant sound effects, it's all about that "just one more go" magic, addictive ingredient. Shoot-'em-ups such as Xenon II have it; platform games like Rainbow Islands and New Zealand Story have it; and hits like Ghouls 'N Ghosts, Onslaught and Verminator have proved time and again that horizontal action games have it as well.

Fire And Brimstone is in exactly the same vein. The only way it differs from Ghouls is that the hero isn't planted in the middle of a smoothly scrolling landscape. Instead, Fire And Brimstone is played as a series of static screens. You start on one side of the screen, battle your way across to the other, and then advance to the start of the next adjacent screen. 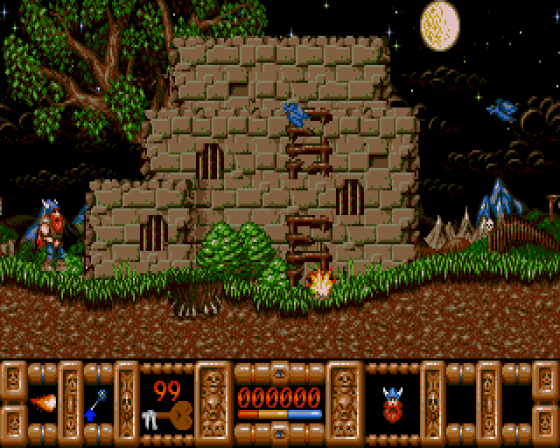 Your character in this perilous jaunt is Thor, who must confront and defeat the Goddess Hel - the personification of all evil. She lies at the end of nine levels of iniquitous creatures who ceaselessly try to turn you to dust.

You begin with two types of weapons, a fireball and a mace. As you progress, other forms of weapnry such as the magic ice ball and the hammer become available. When fired, the ice ball and fireball continue horizontally off the end of the screen, wiping out everything in their path. The other two weapons are projectiles. You can only hold two weapons at once so it makes sense to carry one of each type. Tapping the spacebar toggles between the two weapons currently in your possession. If you pick up a third weapon, you drop the one that's currently active.

You always have two weapons available and these are essential to pass through most levels. You can survive a limited amount of contact with aliens because you start the game with a high energy rating. This drops as you come into contact with the bad guys until it reaches zero and you lose a life. At the end of a level you confront more daunting enemies who can instantly rob you of a life if you try to pass. Savaging triffids, mutant gravestones and fire-spitting statues are just some of the end-of-level monsters you need to defeat using a mixture of joystick technique and cunning. Work out the best place to stand and they instantly become vulnerable. 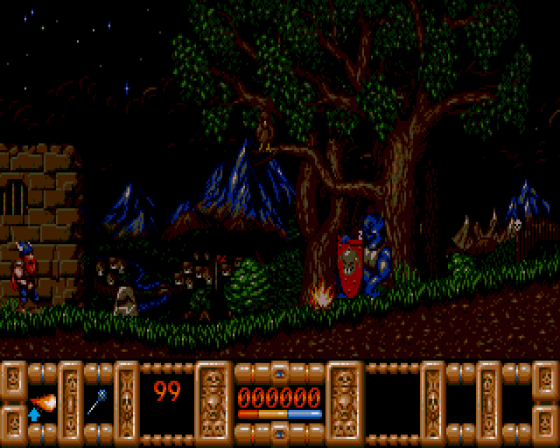 The objective of each level is to locate four parts of a key. Three parts can be found in the screens towards the end of the level but the fourth part is held in a secret room. Unless you can find all four parts you cannot proceed to the next level.

Along the way there are four extra treasure which benefit you: a magic book, a chalice, the Ankh and a watch. These give you powers such as invincibility, extra lives and even temporary magic powers.

Unfortunately, all the extra bonuses in the land won't do you one iota of good unless you have the cunning to work out the best places to stand and the most devious routes to take.

There is a mythical, ancient aura about Fire And Brimstone which springs from the convincing visuals. Because the game is arranged as a series of screens rather than a scrolling landscape, far more action seems to occur on each screen. For example, alarming fire pits, rolling boulders and a stockpile of minatory monsters abound, and all of these appear before a diverse variety of colourful and lively backdrops. Character sprites are small, but effective and detailed. The only criticism of the graphics is that they look particularly dark on a standard Atari colour monitor.

The sound was written by David Whittaker who composed the haunting music in Populous. This effort isn't as dramatic, but is certainly in keeping with the fairytale atmosphere of the game. Music can be switched off or left to run throughout the levels with additional sound effects blasting out over the top. These effects occur each time you throw a weapon, pick up a potion or use a magic spell.

It's easy to get obsessive over this type of cutesy game and Fire And Brimstone certainly has all the ingredients necessary to make it a sure-fire hit. The fact that it isn't a scrolling adventure in the Ghouls 'N Ghosts vein is actually to its credit. Since no processor time is used handling sophisticated scrolling techniques, far more can be achieved on the static screens. The resulting look of the game is much more electrifying than Ghouls ever was.

Confronted with an evil combination of nefarious enemies and a glut of brain-teasing obstacles, you battle through nice levels of heart-stopping, rabid action to save the world from the Goddess Hel.

Despite the lack of novelty and daring programming skills, these elements are so addictive that you just won't be able to stop yourself returning for abuse over and over again.

All the ingredients necessary to make it a sure-fire hit. In screenshots, it looks like Ghouls 'N Ghosts but it's much more electrifying than Ghouls ever was. 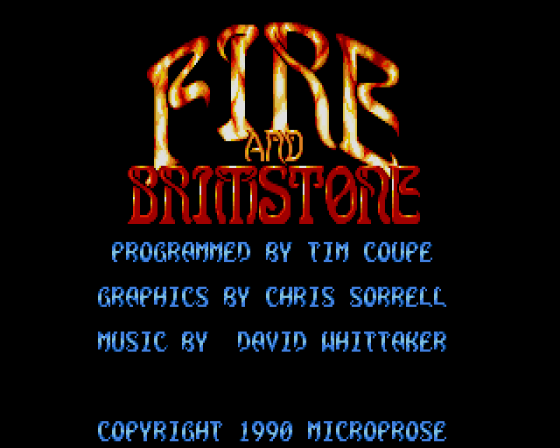 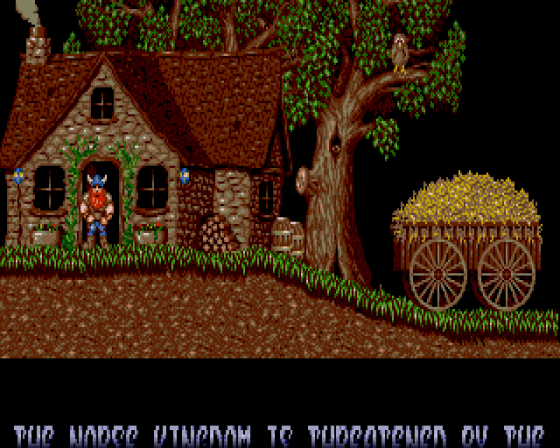 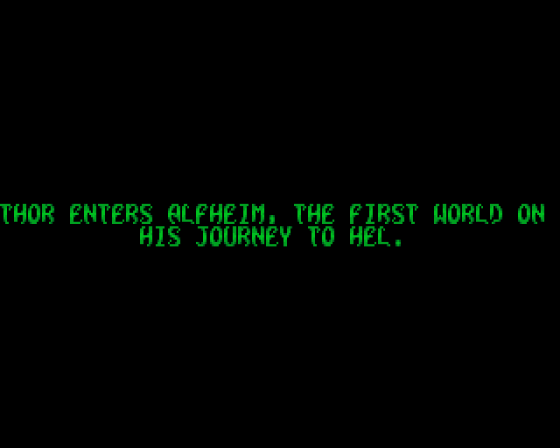 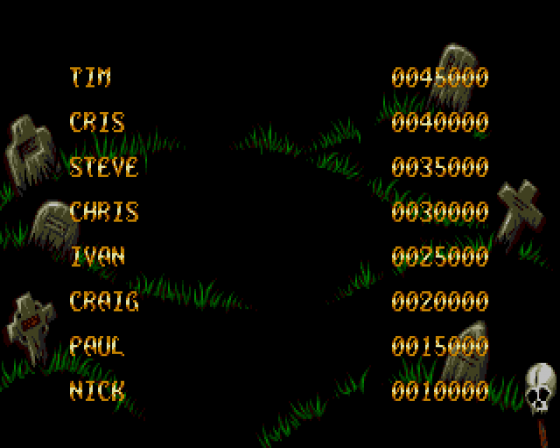