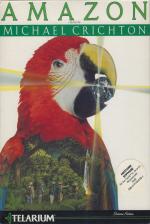 Last January I mentioned a series of adventures based on books. These, I said, would appear under the Trillium name. Wrong again! Apparently, some copyright difficulties caused a name-change to Telarium, which in my opinion is a better name anyway. It presumably derives from words like telary meaning web-spinning - an appropriate root for a series of adventure games, don't you think?

The game are well-packaged in glossy, fold-out packs and take the form of hi-res games. Each occupies two double-sided floppies which gives you some idea of the size. However they retail for around £20, which is far less than you'd expect for products such as these. 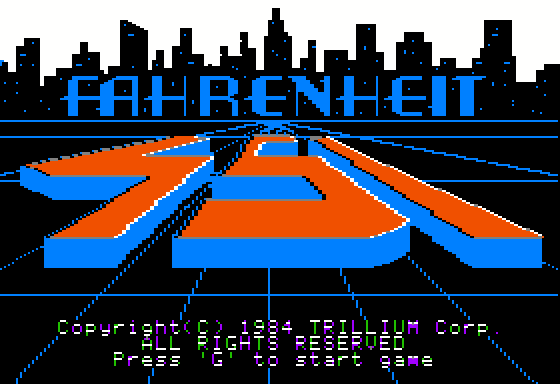 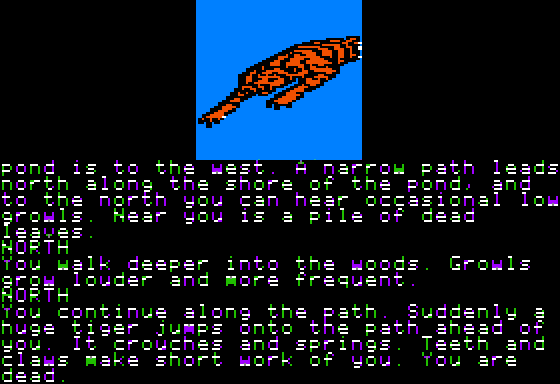 Fahrenheit 451 is based on Ray Bradbury's classic novel, and has been produced in collaboration with him. He recommends it for "anybody curious about what happens to Montag after the book ends" which tells you how it stands in relation to the book. Personally, I find this a better approach to a book-based game than simple working around the story as written. 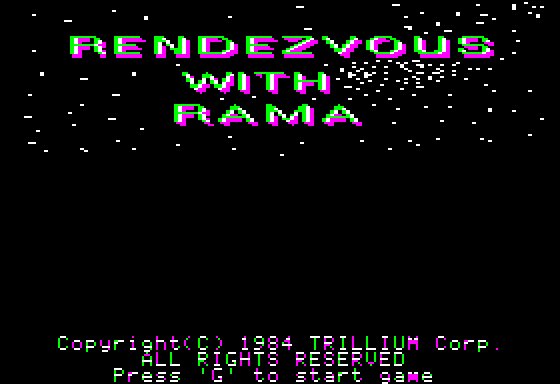 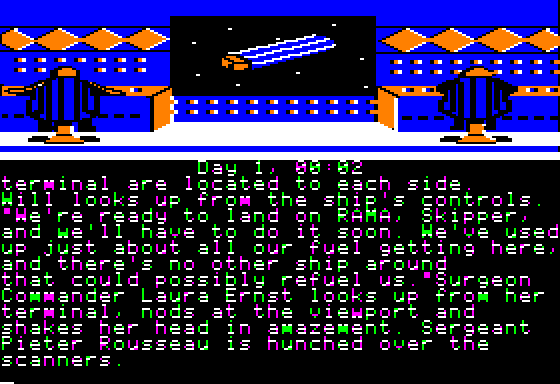 Rendezvous With Rama is based on Arthur C. Clarke's science fiction novel about the exploration of an alien "spaceship". In many ways it's a surprising choice for a game because the book was more concerned with raising questions rather than answering them. Arthur C. Clarke has written a secret new ending for the game, so if you found the original ending unsatisfactory you might prefer this one.

Incidentally, the review copy contained at least one fatal bug. When you're in the crew room examine the locker and then GET UTILITY SUIT. If you have a duff copy of the game, you'll get BAD OBJ and it will hang. If this happens to you return the game from whence it came and insist on a new copy.

The other two games I've seen from this series present a slightly different approach to the relationship between book and adventure game.

Amazon isn't based on a book but is written by Michael Crichton, author of Congo, The Andromeda Strain and others. It's a funny mix of text and graphics, not quite like the usual hi-res adventure. Also it had a distinct "linear" feel for most of it. However, it has an excellent Save Game facility which allows you to name each saved position and presents a menu of them for restoring purposes.

Like Rendezvous, it has some arcade-type action and interesting sound effects. There's also a parrot called Paco to keep you company, and some hints which look as though they've been generated on a Mac. Unfortunately, they don't seem to relate to the game, so they weren't much help. 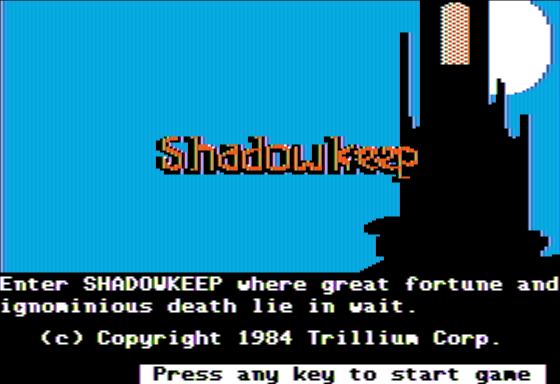 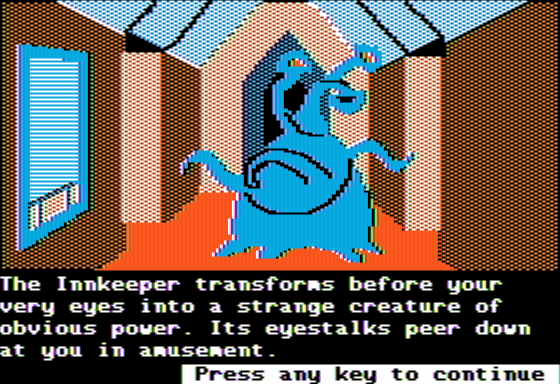 Shadowkeep turns the relationship between game and book completely around. In this case the game came first and inspired a novel by Alan Dean Foster, author of Dark Star (among other things). It's a fantasy role-playing game rather than an adventure and if it looks like being successful I'm going to buy shares in a disc-making company.

In order to play it, you must make playable copies of the four game sides and you'll also need a save game disc. That's half a box of discs gone straight away!

It's the usual style of characters with different qualities, buying weapons and armour, casting spells and so forth. A party can have up to nine characters so you can assemble a really motley crew. The game is nicely implemented and the manual is one of the better ones I've seen for this type of game.

Finally this month I'd like to draw your attention to Adventure Writer. If you're fed up playing other people's adventures and fancy writing your own, this is the package for you.

The packing proclaims: "Your own adventure program - the first time you try" and I must admit this is true. However, if it gives the impression that it's easy to write an adventure game you'll have a surprise in store.

Adventure Writer certainly will enable you to write a properly constructed text-only adventure game. It's an implementation of Gilsoft's The Quill, with which several commercially produced games have already been written for other micros.

However, like most things in life, you get out what you put in. To produce a full-length game, you need to do a lot of work on paper before you go near the disc, and you'll need to have read the 100-plus pages of the manual too. There's a sample adventure to type in which provides quite a detailed tutorial on the package's features.

Essentially, Adventure Writer does all the "house-keeping" for you and provides a command structure in which to write your adventure. Once you've learned this structure, programming your game goes considerably faster than it would in an ordinary high-level language.

If structure gives the impression of structure, it's a false one. The program doesn't care whether an object is a magic sword or a pair of false teeth, it will keep track of it. Hence the final game will be very much your own making.

Not only does this package give you the means of writing your own adventures, it makes you appreciate what has gone into adventure games you've already played. Denise and I had been writing an adventure game for a couple of years and got further into it with Adventure Writer in a couple of weeks than we had previously. Of course, our original had been a hi-res graphics adventure and it took a while to draw the pictures... well, that's our excuse.

Once you've written and tested your game, it can be turned into a game proper, which doesn't need the Adventure Writer disc to be booted. You're free to sell your games without any kind of licensing agreement, but the game must include a statement that it was written with Adventure Writer.

Your game can have up to 252 locations and 255 objects. You can also have 255 messages - like "What do you want to do with the false teeth?" - in addition to the usual location descriptions, and a vocabulary of 254 words. We're half-way through our adventure and are nowhere near halfway through the capacity of the system.

Your game can even have the usual Save/Restore facility, and there are various sound commands to add an extra dimension to the text. At around £25 it will cost you the same as you might pay for someone else's game, but just think how many you could write. Who knows, you might even sell a few.

As someone who's played many adventure games and tried to write more than one. I just wish I'd had Adventure Writer several years ago.

It's a funny mix of text and graphics, not quite like the usual hi-res adventure.