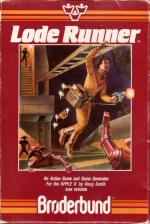 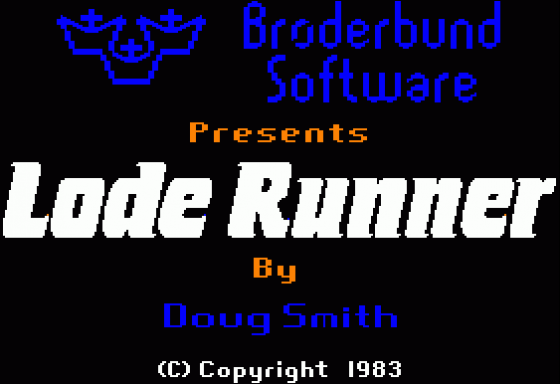 One of the other micro magazines recently carried a listing for a game which its author called "Monsters". He said it was a version of "an arcade game written by Acornsoft and others". However, Apple users would have recognised it as Apple Panic, the Broderbund classic.

It says a lot about British software writers that so many Apple Panic clones have been produced - complete with all the failings of the original... no pause facility, no user-defining of keys.

Broderbund, on the other hand, has refined the Apple Panic concept into an even more addictive version, Lode Runner. It's not just a "Mark II" version, it's a completely new game. 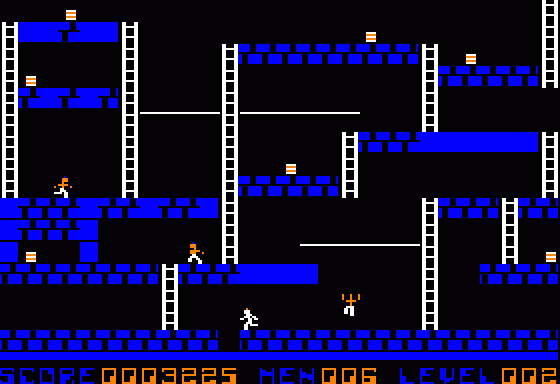 The basic idea of ladders, digging and escaping from aliens (in this case Bungeling guards) is there, but in a much-improved form. Gone are the few different ladder arrangements. Lode Runner has 150 different screens!

Even digging is a bit different, since you now have a laser drill pistol. It's still a way of trapping your pursuers, but you don't have to bash them once they're in the hole. If they get bricked up as the hole fills in they regenerate at the top of the screen, so digging is mainly to slow them down.

On each level you have a certain amount of gold to collect. Of course, the guards are there to stop you, and one way they do this is to carry the gold themselves. They drop it, though, if they fall into a hole. Also some of the gold requires extensive excavation to reach it. Undiggable sections of the floor and hidden trapdoors add to your problems, too. 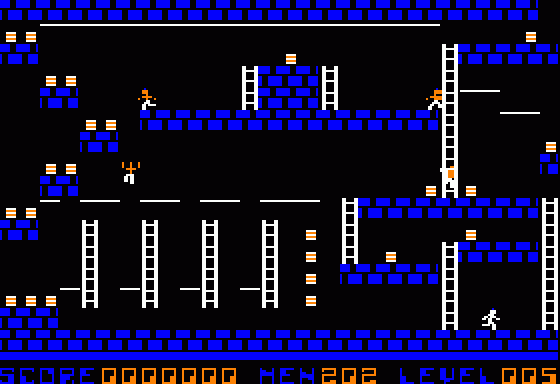 Ladders are occasionally supplemented with hand-over-hand bars that you can swing across. In fact, on some screens there is no diggable floor space, only ladders and bars.

The animation is superbly smooth, with each person having running, swinging, climbing and falling postures. Control by keyboard is a bit difficult though, and a joystick is needed for serious playing. The reason I have up Apple Panic was that I scored over 130,000. It took me over an hour to do it, and so a quick game became out of the question if I took notice of the score.

With Lode Runner my current record is 30 consecutive frames, which also took me over an hour. However, it is possible to start on any level, which makes it much more flexible. All you sacrifice is a chance to get in the Hall of Fame since you must start at level 1 to do so.

Did I say "flexible"? As if 150 levels weren't enough, Lode Runner also contains an edit facility which allows you to create 150 levels of your own design. In fact, the number you can create is limitless, but you can only fit 150 on a single disc.

Once you've used the editor to initialise a disc, you're ready to design your own screen. Building one is incredibly easy, with the usual I-J-K-M keys to move around the screen and the 10 digit keys to deposit the various bits and pieces. Working for Apple User, I'm not used to editors that are so user-friendly!

When you're happy with your work of art, you can save it to the disc and then play it. If you have only created one screen then success will lead to its reappearance as level 2. However, it gets progressively faster each time you complete it.

While building a screen is easy, playing your own screens shows you how much design work has gone into the 150 that are provided.

Although Broderbund can always be relied upon to produce reasonable games, they occasionally create a masterpiece. To the list of Apple Panic, Arcade Machine and Choplifter I would *certainly* add Lode Runner.

Although Broderbund can always be relied upon to produce reasonable games, they occasionally create a masterpiece. To the list of Apple Panic, Arcade Machine and Choplifter I would certainly add Lode Runner. 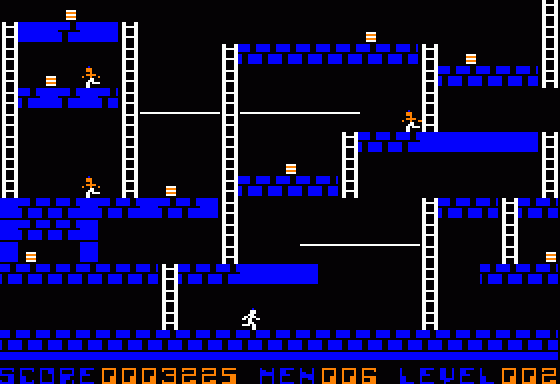 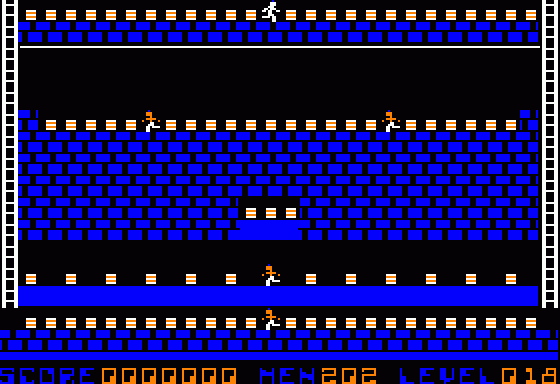 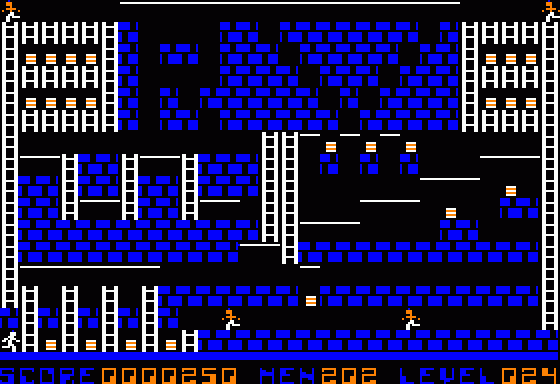 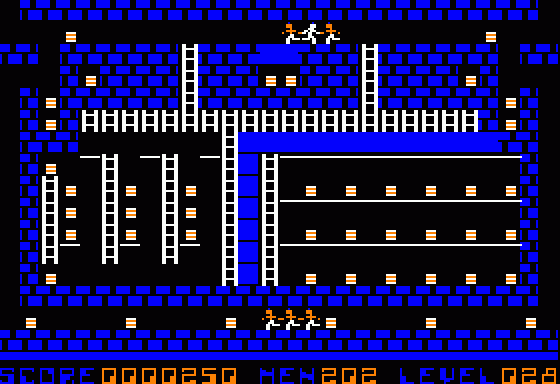 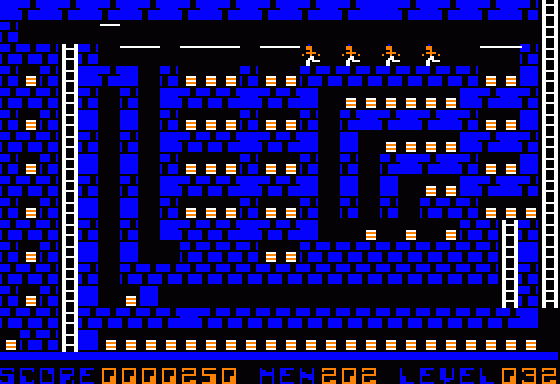 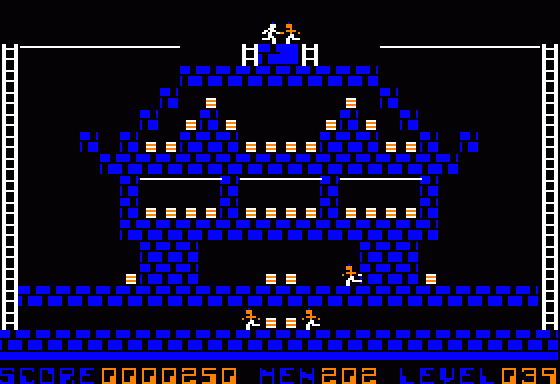 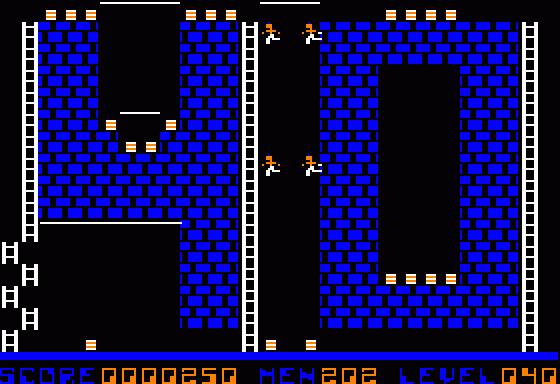