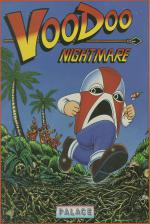 Stalwart adventurer Boots Barker (so named because of his 32-hole Doc Martens) is in d-e-e-p trouble. Whilst hot-air ballooning over darkest Africa, his wife and "best friend" turfed him out of the basket and left him to the cannibals so they could get their hands on the insurance money. As if that wasn't bad enough, when Boots came to, he found a voodoo mask had been jammed firmly on his head by a witch doctor, and unless he can find this medicine man and get him to remove it, he'll never leave the jungle!

To escape, Boots has to firstly travel through five temples, collect all the jewels that lie within, find the temple god (who will give you a pin, and a special power) and complete three missions - re-unite a lion cub with its mother, feed a hungry chimp and heal a sick native - before progressing to the second level. The pins have to be stuck into a voodoo doll of the witch doctor, who will then become hexed (heck!).

The second level involves you avoiding pushy skeletons and luring four zombies back to their graves. No easy task, as the bony beasts will try to shove you into molten lava! Once this is done, you take on the witch doctor himself - aiee!

All of this is viewed in 3D forced perspective (a la Knight Lore/Cadaver/Spindizzy etc), and Boots merrily leaps about the playform scenery, squashing any nasties by jumping on them with his big boots.

When things get a bit hairy though, you can spend any jewels or bananas you've found to buy maps, dynamite, machetes and other weapons in one of Romero's 9-5 Emporiums, which are staffed by decomposing zombies (Romero? Zombies? Hmm). There are also casinos about, where you can try to win more crystals, but be warned - the machines might be rigged!

The first thing that must be said about Voodoo Nightmare is its sheer size - it's mahoosive! What's more, it's as tough as old boots (no pun intended) and even hardened gamers needn't worry about completing the game in one sitting.

There are just so many mind-bending puzzles and traps to overcome, that once you get stuck into the game you're going to be playing it for weeks until it's finished.

The programmer is also a first-class artist and his dinky sprites and jungley backdrops are brilliantly drawn and animated. And to make the game complete, there's a suitable voodoo-esque tune with an eerie thumping beat backing the action.

This is one of the best mixtures of arcade action and puzzle solving I've seen of late, so get down to your software shop *quick* and check it out!

The same as the Amiga version in all respects, so obviously the same comments apply.

This is one of the best mixtures of arcade action and puzzle solving I've seen. Check it out! 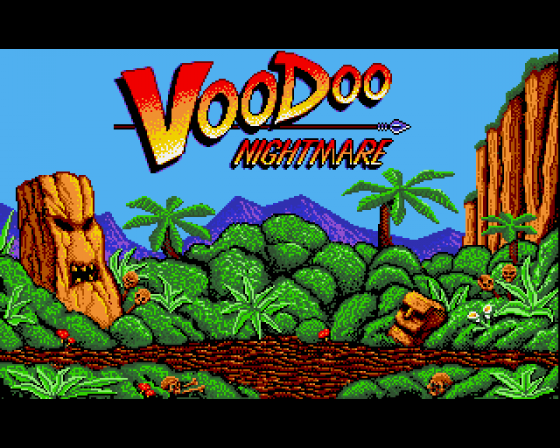 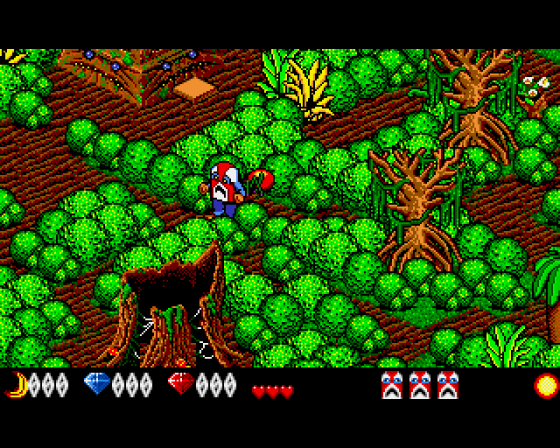 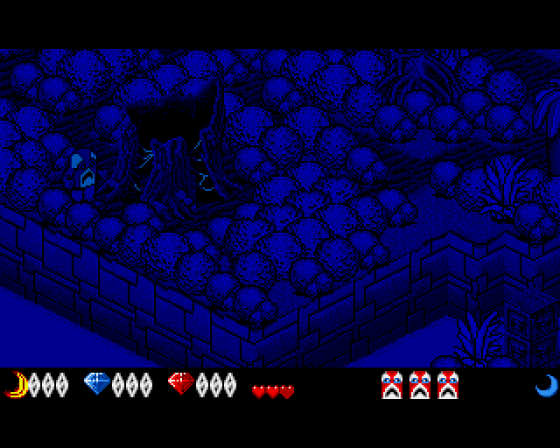 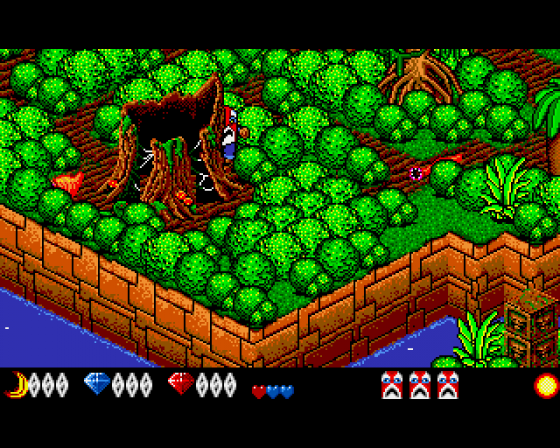 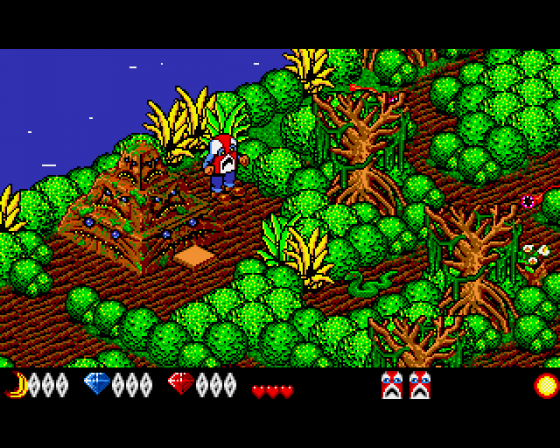