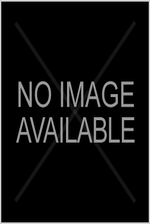 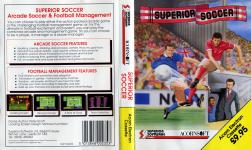 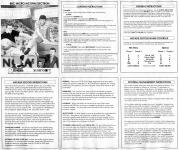 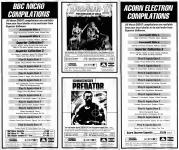 This football game is probably the best mixture and the only mixture of arcade and managerial software around. Read Review

I'd recommend it for a quiet evening's entertainment. The managing section was very simple to use and definitely fun. Read Review

No longer can the relegated manager blame lady luck for his downfall. By stepping out on to the pitch with his lads he has nobody to blame but himself. Read Review

You can choose to play either the action-packed arcade game or the challenging football management game, or, for the ultimate in football excitement and realism, you can play the combined arcade and mangement game. So you can choose to be a player, a manager or a player-manager!

Superior Soccer is a menu-based program. Use the cursor arrow keys to move the arrow around and RETURN to select an option. You needn't be too precise with the vertical position of the arrow. Some options can be repeatedly selected to change the information they display, for example, the "Change Time" and "Change Colour" options on the "Play Soccer" menu.

You can quit the game at any time and return to the initial menu page by pressing the SHIFT and ESCAPE keys together.

The arrows around a player indicate you have control over that player. This is normally the nearest player to the ball. However, if you are moving a player around, that player will remain selected until you stop moving, then control will switch to the player nearest the ball. Your goalie is controlled by the computer, depending on his, and your team's skill.

On the scanner, at the top left-hand side, you can see all the players and the ball. The flashing dots indicate the players you and your opponent currently control. (Sometimes if players near the ball cross paths one may appear on the scanner the same colour as the ball. Be careful not to confuse this player with the ball.)

Player Movement - You move the player you control using the default keys (given above) or the keys you selected on the title page. Diagonal movement is achieved by using two keys together, for example to move diagonally left and down use the left and down keys simultaneously.

Kicking The Ball In The Air - To kick the ball in the air, when the player is in contact with the ball, press the FIRE key for a medium distance and press the up, down and fire keys together for a long distance.

Dribbling - This can be very useful and is achieved by simply running with the ball at your feet without changing direction by more than 45 degrees. For example, the ball will not remain at your feet if you turn around from left to right, but will if you change from left to diagonal left and down.

Slide Tackle - To slide tackle, move in any direction and press the FIRE key. Your player will continue to slide for a while. Slide-tackling is particarly effective coming in at right-angles to the direction the other player is moving (for example from the left or right if the player is running up or down).

Corners, Goal Kicks and Throw-Ins - For goal kicks and throw-ins, you can vary the direction and power of the kick or throw. The player cycles through a number of directions, and a power-meter (PWR) indicates the strength of the kick or throw. For corners, you can only vary the power of the kick. Pressing the fire key releases the ball. Obviously, goal kicks go the furthest, but be careful with diagonal directions as the ball may go out of play if you are not careful.

You initially choose one team from the four groups of teams. This team is then placed in Division 4. You play eleven matches in a season, so you play every other team in the division once, either home or away. The first two teams in each division are promoted and the last two are relegated. Your overall objective is to become Division 1 League Champions.

On screens displaying fixtures, results or league tables, select the "Go On!" option to continue.

On the team selection screen you must "de-select" players from your team squad until you have eleven players left. Your team squad starts with thirteen players, but can vary between eleven and fourteen. The white square at the left-hand side of each player's name indicates whether he is selected or not. The first player listed is your goalie.

Once you have chosen your team, move the arrow to the top line (the "Pick Players" line on the BBC version, a row of dots on the Electron version) and press RETURN.

You earn a varying amount of money for each match, depending on which division you are in and how many people turn out to see you.

You can use your money to buy players and gain extra money by selling players. You are not offered a player to buy each time you select the 'Buy' option: it depends on the market. The skill (SKL) and strength (STR) of each player is shown. You are advised to use the 'Sell' option before the 'Buy' option if you want to both sell and buy, as the 'Buy' option leaves this section. If you don't buy any new players, your team becomes tired towards the end of a season. Players should be rested regularly otherwise your team performance will suffer.

The keys to move the players and to fire are redefinable (by pressing the C key) before commencing play. Initially the keys are defined as: 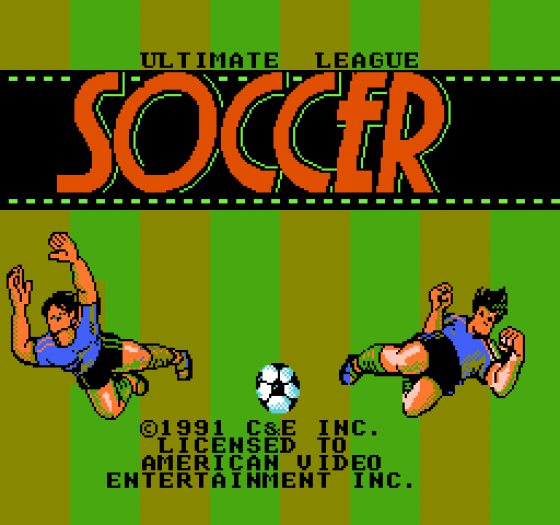 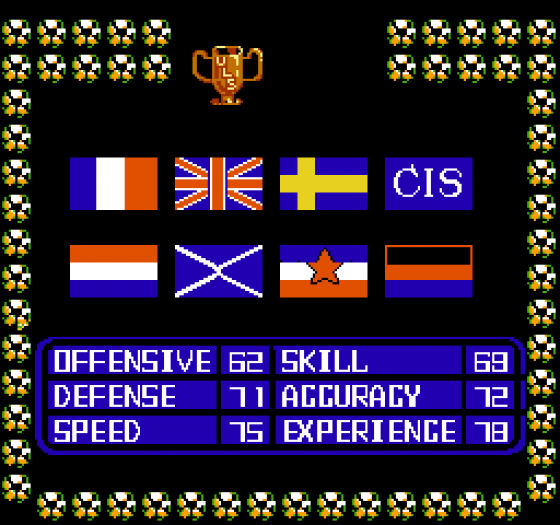 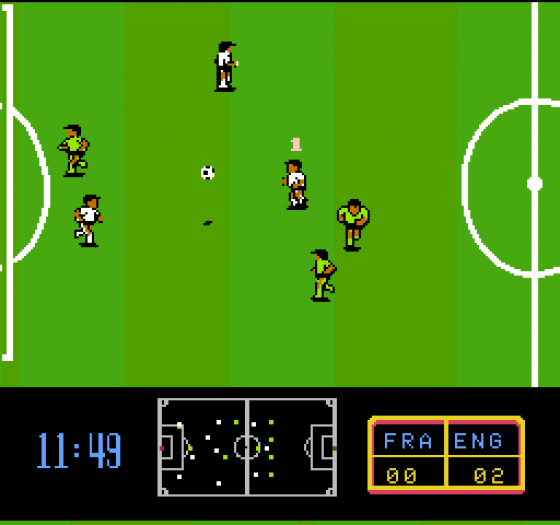