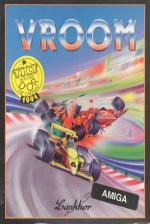 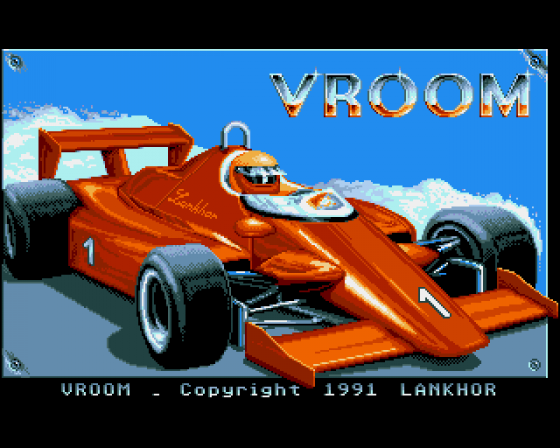 Who needs racing realism when a game plays this fast?

You might have thought that with Lotus 2 and Formula One Grand Prix both released in the last few months, both ends of the Amiga driving game market (arcade and simulation) were firmly tied up. Lankhor obviously think differently though, and have cleverly come up with a game which falls more or less right in between the two. Indeed, Vroom is actually two games in one - there's an 'arcade' mode, which is a straightforward heads-down racing game which you win simply by overtaking lots of other cars, and a 'simulation' mode which takes things a deal more seriously, with qualifying laps, pit stops, championship point scoring, more realistic handling and all that kind of thing.

Unlike the well-received ST version, both these game styles give you the option of joystick or mouse control (with finely adjustable mouse sensitivity - you can alter acceleration/brake sensitivity and left/right sensitivity separately), and controllability is one of the game's strong points, although Lotus 2's fire-button-to-accelerate option would have improved matters even further. 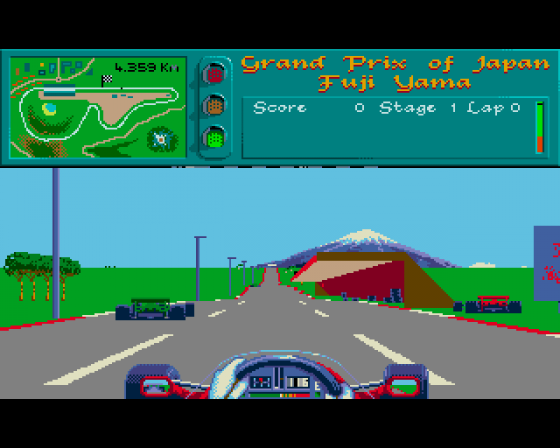 The other main thing Vroom's got going for it is speed. This game really shifts, leaving both Lotus games firmly in its slipstream, but never quite getting so fast that you don't feel in control, and that's the perfect speed in my book. Come to that, in many ways this is the perfect driving game as far as I'm concerned - unlike F1 GP (you do all have that by now, don't you? I hope so) you can just pick it up for a quick burst of racing thrills, and unlike Lotus 2 it isn't useless once you've finished it.

Even when you've been through all six courses you'll still want to improve your championship scores or shave seconds off your best lap times (time records and points can be saved to disk at any time if you don't want to play a whole championship at once, or, if you prefer, you can simply choose a shorter championship by opting to race on all, some or just one of the courses available). And of course, as an arcade game it's as timeless as these things nearly always are.

While the Lotus games score over Vroom with their two-players-on-one-screen option, you can still play this with another Amiga (or ST) owning chum, as Vroom allows you to connect two machines either physically or by telephone, with the use of a null modem link. Other options include the traditional manual/auto gear selection, the chance to race any number of laps on any of the courses for practice, a strange graphical 'zoom' facility which doesn't seem to do anything of any great significance and the availability of a help key which automatically sets your car on the right trajectory, but really these (along with the lovely and convincing sound) are just a few tiny dabs of icing on an already-beautiful cake.

In what's been a pretty good month for games of all sorts, I'm afraid I'm going to make yet another demand on your protesting wallets. Yep, I'm going to tell you to buy this one too.

Faster than F1 GP, more playable than Lotus Turbo Challenge 2, prettier than Outrun Europa and a sillier name than Super Hang-On, this is a winner all the way - perhaps the best all-round traditional driving game yet. It's a shame there aren't more courses, but you can't have everything, I guess.

It's faster than F1 GP, more playable than Lotus Turbo Challenge 2, prettier than OutRun Europa and a sillier name than Super Hang-On, this is a winner all the way... Perhaps the best all-round traditional driving game yet. 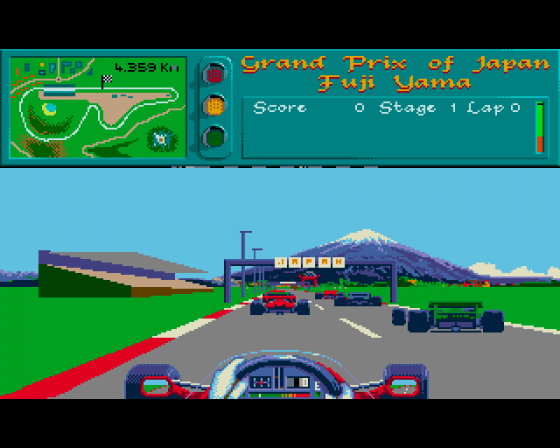 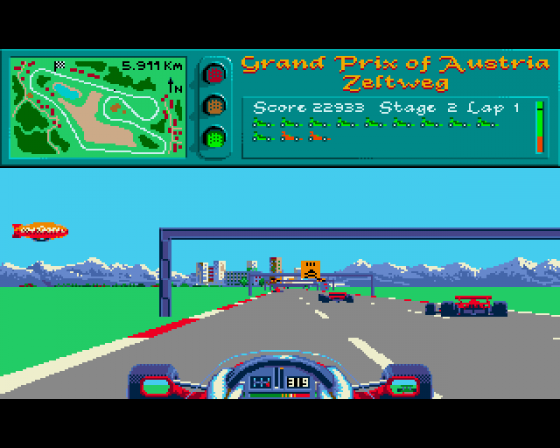 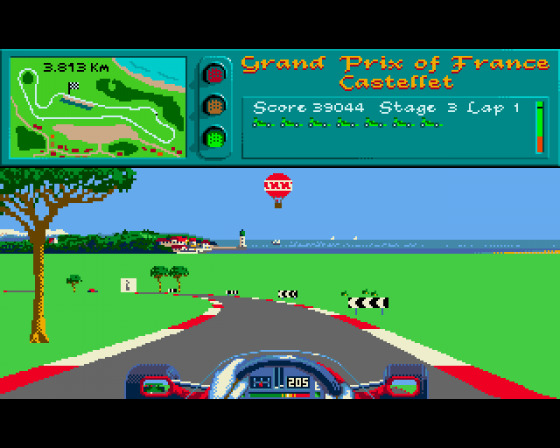 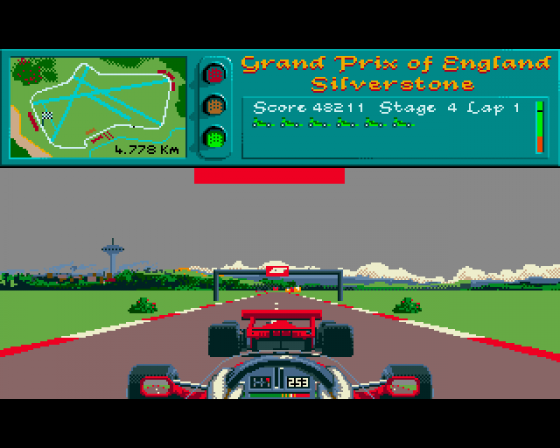 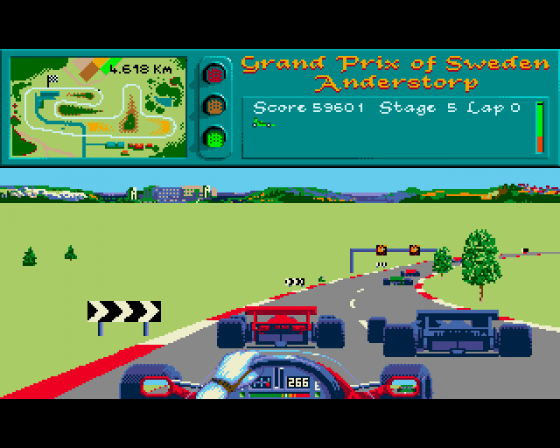 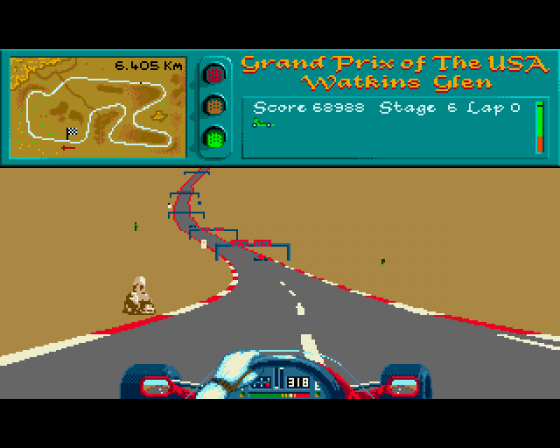 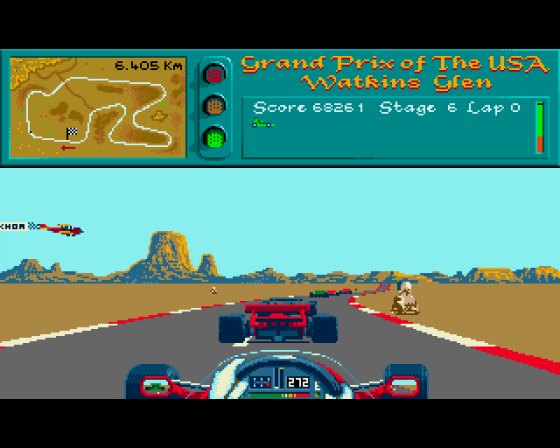