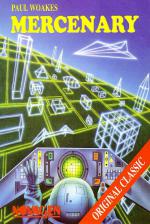 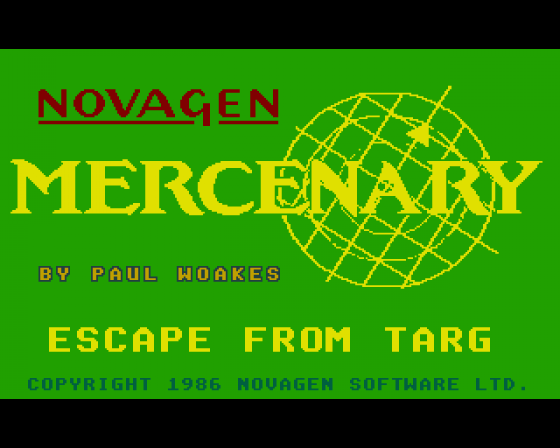 It was just over three years ago that Paul Woakes, the little known author of the brilliant Battlezone variant Encounter, wrote a program to generate fast-moving 3D vector graphics on the Atari 800. A year and much hype later and the routine had developed into a game - an arcade adventure called Mercenary which rapidly received all manner of acclaim when it was released.

Now, two years since it first appeared on the C64, this timeless classic has made it to the Amiga, along with its pseudo-sequel The Second City. In fact, Novagen have bundled the two masterpieces together with The Targ Survival Kit to form the definitive Mercenary Compendium.

For the uninitiated, the action takes place on the planet Targ, inhabited by two alien species - the Polyers and the Mechanoids - who are locked in constant conflict. Having crash-landed, your sole objective it to escape - basically you have to acquire, by fair means or foul, a ship capable of breaking away from Targ's gravitational pull.

The most obvious route to success seems to be acting as a mercenary for one of the two sides at war. However, it soon becomes apparent that the best approach is to pick up any objects found on your travels and sell them to the side that pays the most. For example, the Useful Armament would certainly be at home in the Armoury, while the Medical Supplies are more suited to the confines of the Infirmary. But whose?

A bulk of playing time is spent exploring the large tunnel network deep beneath Targ's major city, with the occasional puzzle to solve and the knowledge that there's always a few special cheats to discover. The beauty of Mercenary is that you can play it at your own pace and there are very few annoying restrictions imposed.

Hovering above the city is the Palyar colony complex, which is worth a look as it houses many interesting rooms and items - provided you can find suitable transport to fly there. There are half a dozen different craft available, ranging from slow, ground-based vehicles to super-fast jets. There's also a very unusual (and useful) craft (or should I say Kraft) lying around - if you can sniff it out.

Apart from a few neat tweaks (like the ability to run) the gameplay in this 16-bit incarnation is identical to its forerunners. But overall it's better, only because the graphics are so smooth, fast and utterly exhilarating. I can't think of a flight simulation which provides the same thrill as this does during flight.

Mercenary is certainly a worthy investment for Amiga owners after something more than a short, sharp burst of fun. Both Mercenary are The Second City (which is basically more of the same, only harder) will keep you busy for weeks (unless you've already played and completed other versions), and more than make up for the current drought of quality Amiga software.

Will keep you busy for weeks. 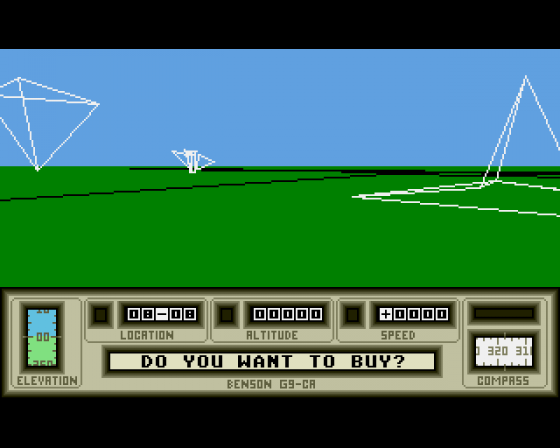