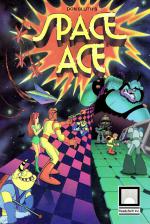 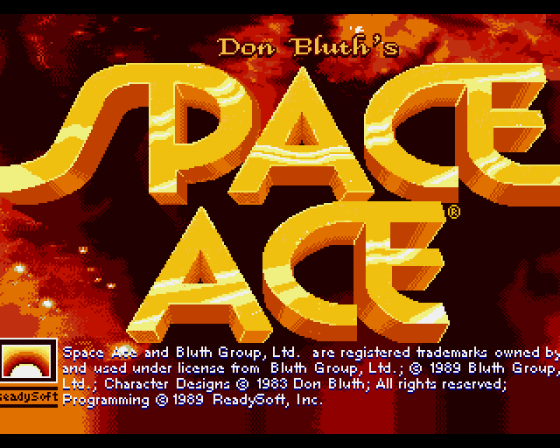 The secret of eternal life, good health, and youthful looks has been discovered. A single blast from the prototype device will knock years off your age. But the dastardly Commander Bort has grabbed the "Infanto Ray" and plans to use it to conquer Earth by turning everyone into babies!

The dashing Space Ace and well-voiced Kimberly set out to defeat Bort, and promptly run into trouble. Ace is blasted with the Ray and turned into a weakling adolescent and Kimberly is kidnapped. As Bort starts blasting at Ace with a laser pistol, control passes over to you. Your control is very limited though. To take the first scene as an example, Bort fires a couple shots while you're frozen in place, then you get a chance to move.

According to which way you're holding the joystick you can jump either left or right. Get the direction wrong and you're dead, leading to the death sequence. Get it right and you're shown leaping the in the correct direction, Bort fires again and once more you can move. 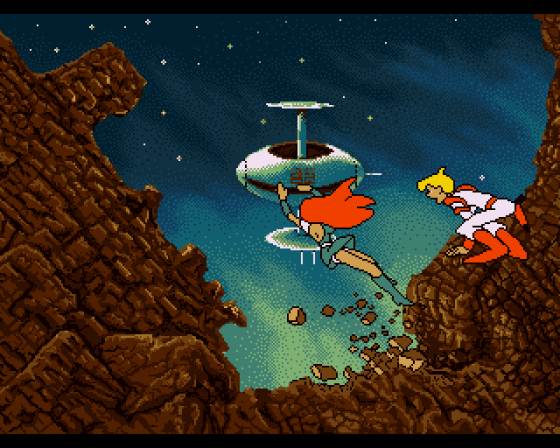 There are thirty-three scenes spread across the four disks, and only a couple of moves per scene. You must get precisely the right direction and timing or you lose one of your three lives. Fortunately there is a save game option.

There's no doubting the quality of the animation - it's simply amazing - but your limited control over Ace is frustrating, especially when it's so difficult. This can either lead to you smashing your Amiga in frustration, or reaching for the solution. Armed with the latter, plus some practice to get the timing right, the game can be completed in five minutes or so. Space Ace is beautiful to watch, but gameplay is minimal.

This is a classic case of nice presentation, shame about the game. With its large, brilliantly animated cartoon graphics and sampled sound, Space Ace is initially very impressive. 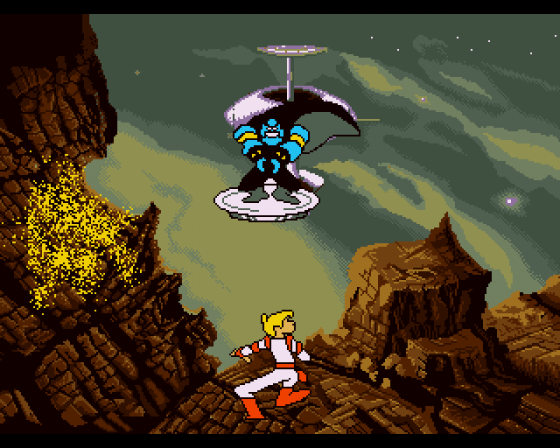 However, playing it soon reveals the near-total lack of gameplay. The player's input is very restricted and progress seems to be a matter of trial and error with little logic in some of the moves required. Worse still, much frustration is caused by your instant death on the wrong choice.

Space Ace may be "worth a look" if you can persuade your friendly software shop to let you try it out, but I wouldn't waste £45 quid on it if I were you!

No plans as yet. 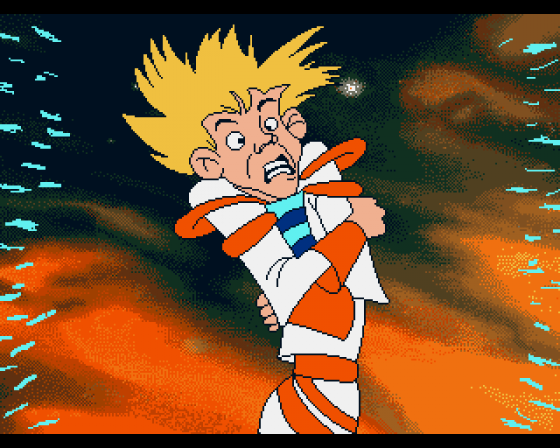 Presentation 74%
Packaging is colourful, but a tad flimsy for £45. Multi-load is predictably heavy, but save option is very welcome and there's a good demo.

Graphics 91%
The 33 scenes include a great amount of variety and imagination, with some excellent animation and backgrounds.

Hookability 69%
The urge to see yet more of the wonderful graphics is compulsive, but frustration soon mounts due to limited control and high difficulty.

Lastability 45%
The sheer toughness makes it a fair challenge, but gameplay simply isn't enjoyable enough for most people. If you do persist, a solution can be worked out in a few days.

The sheer toughness makes it a fair challenge, but gameplay simply isn't enjoyable enough for most people. 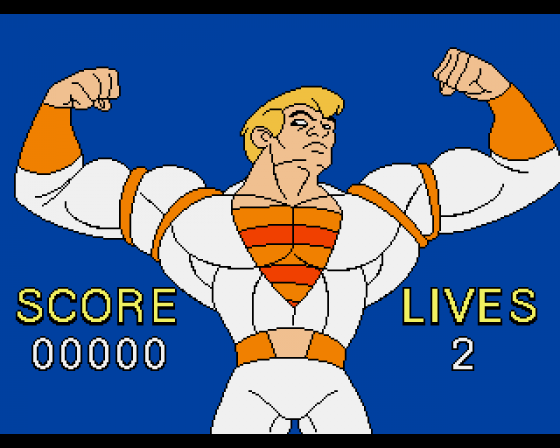 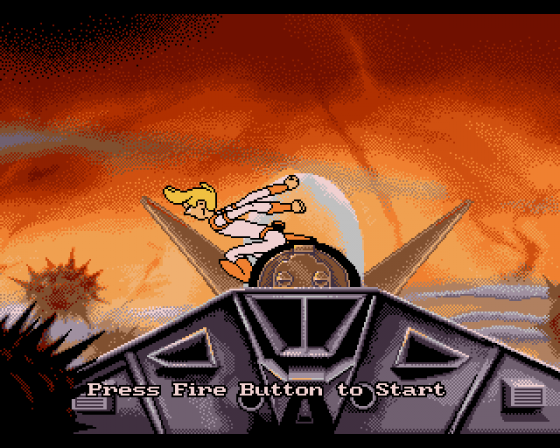 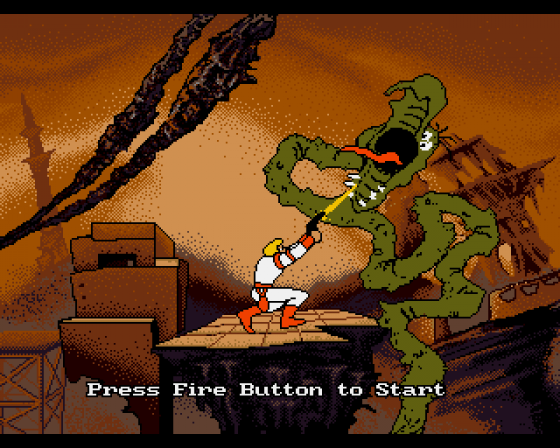 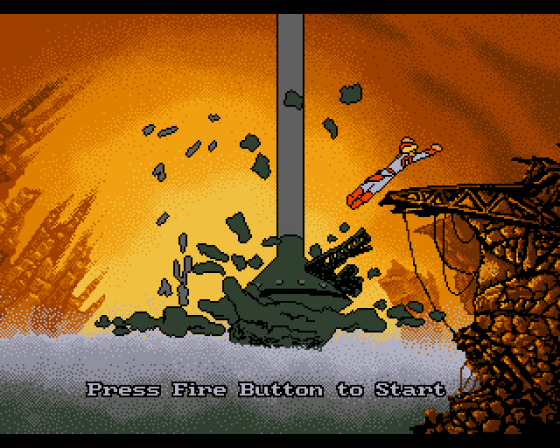 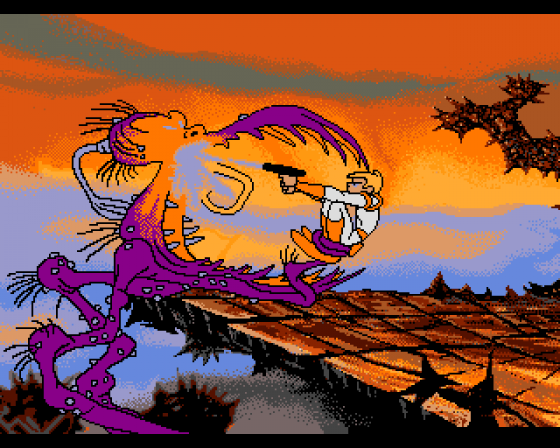 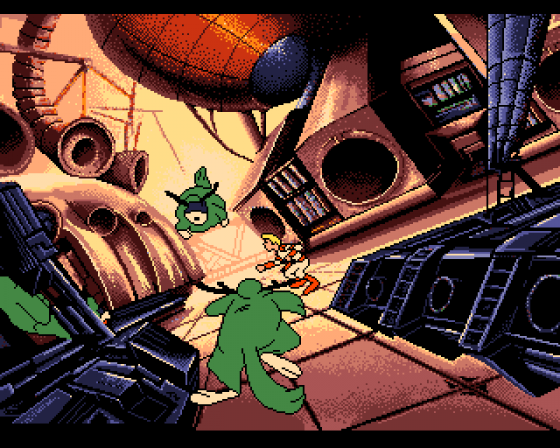