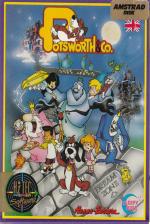 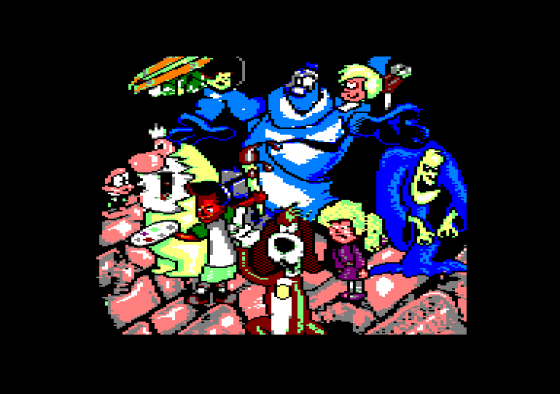 We got an absolute mass of press blurb with this one, readers. Loads of sheets of paper detailing all the different TV channels around the world showing the series. (Quick news flash for our Icelandic readers - Potsworth starts its second run on Channel 2 on June 15th, in a new regular 10:30am spot on Saturdays! Good news, huh?)

Amongst all this is the slightly dubious claim that the series has attracted 5.1 million viewers on the BBC, making it the number one cartoon series in Britain. So how come neither your reviewer's ten year-old sister, nor any of her mates, have ever heard of it? Maybe we're being too suspicious-minded. After all, who could really gain from exaggerating the popularity of a cartoon dog? [Hmmm, any chance of a game review sometime soon? - Ed]

Okay, Potsworth is a platform game of five levels. There is a basic game concept, with each level offering a slight variation on that theme. The game is very big, graphics are pretty good, though not the sort of thing you'll want to look at after eating a smoked kipper [What? - Ed], and the sound does the job. 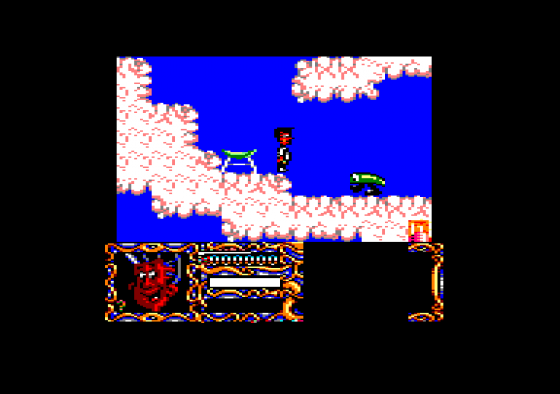 It is a fairly difficult little venture, especially considering the tough time limits, but the cheat mode isn't that hard to find, and just check out that tape-disk price differential. Why can't all the softies follow this example?

With no password system, Potsworth might get repetitive after a while, and mapping is to be recommended. The scrolling is smooth, the action can get frantic, and the sheer size of the game for the price wins it a Mastergame award and loads of jelly tots.

But we'll have to save one bag of jelly tots to give to Maryanne for drawing and colouring in all the characters on this page. We'll even forgive her for sticking flower petals all over our copy of Machine Guns Illustrated (probably).

Graphics 87%
Very colourful with nice big sprites, but not much in the way of animation.

Grab Factor 88%
Familiar opening level, and a challenge just waiting to be met.

Staying Power 92%
Some variety in the levels and it's big, but perhaps a bit difficult.

The scrolling is smooth, the action can get frantic, and the sheer size of the game for the price wins it a Mastergame award. 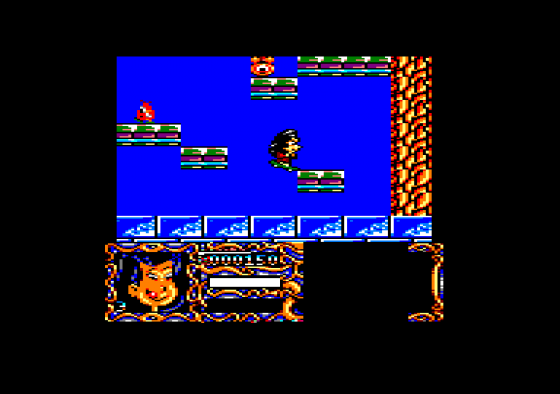