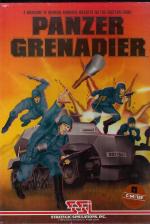 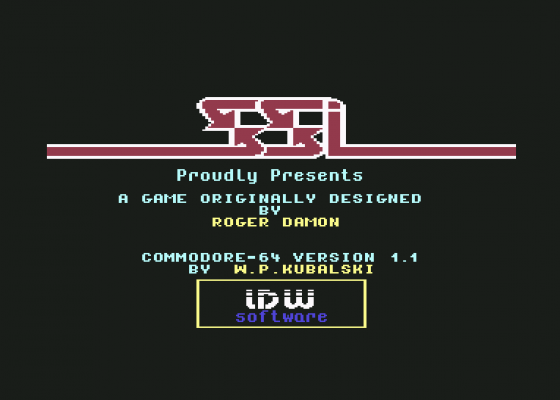 The Second World War was a time of innovation in the basics of fighting: technology-affected warfare in the First World War, and it overtook it in the Second. The German Army was particularly keen to develop and exploit the technology of the battlefield.

Tanks, which made their appearance towards the end of the First World War, came into their own in the Second. They were faster and tougher than infantry and had infinitely more firepower, but they could not do everything: only human beings had the mobility to move into woods and towns to consolidate the taking of territory, and so they had to work with the armoured divisions.

This raised the problem of the different speeds of motorised units and slow-moving infantry, a problem which was solved by the creation of 'armoured infantry'. These divisions were the 'Panzer Grenadiers' of the title. 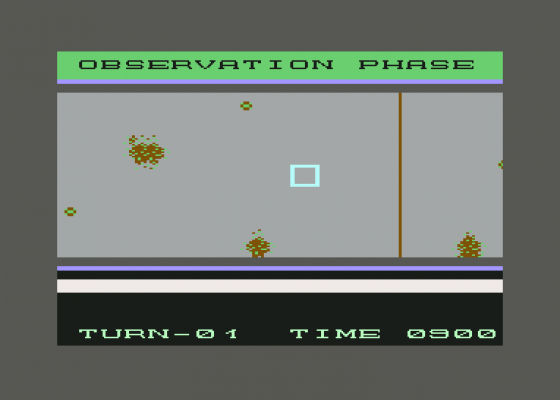 This game is essentially another shot at storming the Russian front, and doing a better job of it than the Germans did. The player is given command of a grenadier regiment of the Grossdeutschland Panzer Grenadier Division, along with the elements of a panzer regiment and an artillery batallion; all the forces, in fact, historically available to the German commanders.

It is a straightforward 'cardboard counters' style wargame, and unlike some of SSI's range is probably suitable for the wargaming beginner. There are not huge tables of necessary statistics to digest before starting, or tortuous orders sequences to become familiar with. To some extent, this is a game you can pick up your joystick and play. Experienced wargamers will have no trouble 'getting into' Panzer Grenadiers.

Once the game has loaded from disk, there is a choice of five scenarios and three difficulty levels. The five scenarios are all of similar length, and none last for more than fifteen turns; there is no 'grand scenario', for each puts the player into a completely different and high-focussed battle situation based on historical event. 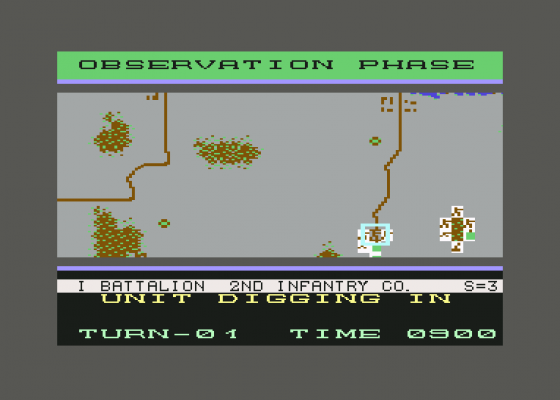 This is a short-range wargame and it's possible to play it without getting much sense of the wider historical context. The remedy to this, of course, is to study the comprehensive (but digestable) notes and diagrams on each scenario in the rulebook.

The turns themselves are reasonably lengthy, so although a fifteen-turn-long scenario sounds insubstantial - and it's true that there's no room for expansion - it represents quite a lot of playing time.

The screen has a surprisingly arcade-like appearance, with a smooth greyness to represent clear territory and unconvincing hashes and blotches to indicate obstructions. This is scrolled around by the joystick to the accompaniment of an irritating clicking noise. There are actually four types of terrain: clear, light, medium and heavy. They incur movement costs and have a defensive value, but - and this is a common fault - it is difficult to make out on the screen which type of terrain is which. Fortunately, each scenario is accompanied by a diagrammatic map in the rulebook which goes some way towards making up for the on-screen deficiency. But when the designer has evidently decided to take some trouble at least over the aesthetics of the graphics, it seems a pity that he did not make the screen easier to understand. 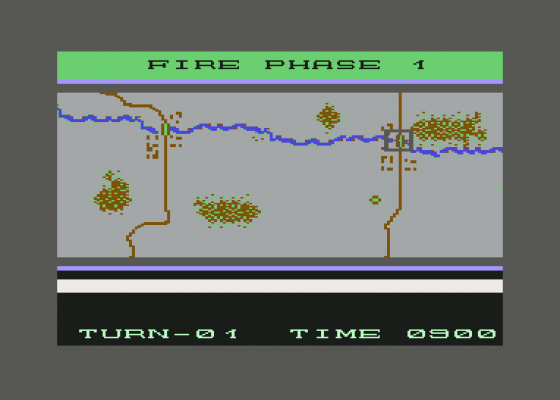 The units, too, are pitifully small and indistinct. There are eleven different types of units in the game, and the distinction between them is very important to the gameplay. Unfortunately, it is difficult to tell them apart on screen.

By positioning the joystick over each miniscule unit, however, the player can summon up its name at the bottom of the screen. Reference to the book makes its function clear. The only statistic with which each unit is equipped in the game itself is its strength, which varies only from one to about four.

The 'in-game' minimalism is compensated for by a complete description of the capabilities of each particular type of unit, which works very well in the context; after all, the historical situation is taken as read and the only thing that would vary in reality would be the strength of the division as it was worn down in combat, unless one takes into account abstractions like morale. 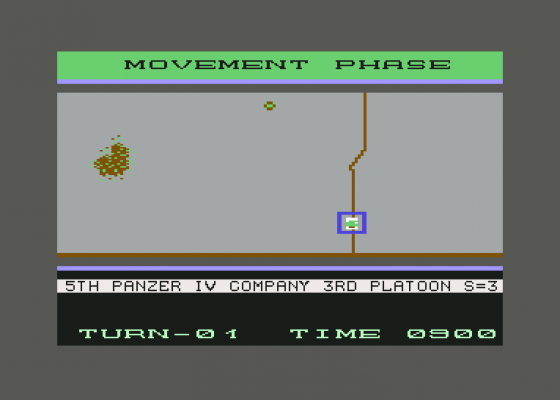 The infantry is divided into rifle companies, machine gun companies and pioneers. There are six different motorised divisions, including the immensely powerful Self-Propelled Artillery, and a mortar section. The non-motorised divisions can be transformed into such by loading them into trucks and half-trucks, and so can keep up with the tanks. The capabilities of each type of unit detailed in the rulebook are firepower, range, defence and movement. The most significant difference in play seems to be the range: the SPAs have an 'unlimited' range and so can cause damage to the enemy without damage to themselves, whereas the infantry units have to be within a square of an enemy armoured target to cause any damage.

The interaction of this wide range of unit types becomes very satisfying to play, and would be more so if it were easier to make out which was which on-screen.

Turns are organised in a substantial eight-phase structure. The first is the 'observation' phase, which seems slightly redundant; it gives the player the chance to scroll around the battlefield (which he can do in any other phase anyway) and take stock of the situation and, also, curiously, to order units to start digging in. Once accustomed to the game I found myself skipping the observation phase routinely. 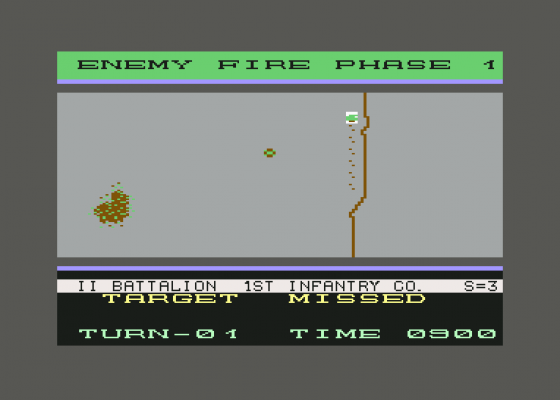 The second phase is Fire Phase 1, which gives the player the first chance at combat. An attack either hits or doesn't hit, and the player is informed of that; the unit has the same number of attacks as its strength, in 'subunits'.

The movement phase follows, and units are moved individually by means, once again, of the joystick. Infantry units can be loaded into trucks and transported with lightning speed, but while in this state are very vulnerable to attack.

It's not possible to load, move and unload an infantry unit in the same movement phase. After this, the player has a chance to fire again, in exactly the same way, from the new positions. Then it is the enemy's turn. 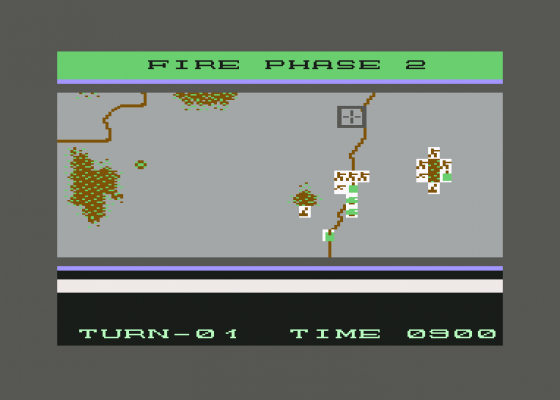 The player can choose to run the game at two speeds, fast and slow, which affects the speed at which the computer carries out its movement and combat. At the slow speed - which isn't slow - it's possible to follow what the enemy is doing. The computer has the same fire-move-fire phase structure as the player, and the only difference to me seemed to be that the computer's attacks hit far more often than mine!

The next 'phase', the Victory Phase, is merely an assessment of your performance so far. This is an interim report on the state of the battle, which becomes final in the last turn, and ranges from 'questionable' to 'major'.

The rulebook is as excellently produced and presented as SSI's usually are, and a description of the sequence of play is set out in a way that is clear and easy to follow. There is no general summary of the background of the Russian campaign, but given that the game is made up of five very short-range scenarios this is of no great importance; the scenarios themselves are concisely but adequately described, and are accompanied by detailed hints on how to succeed in them. 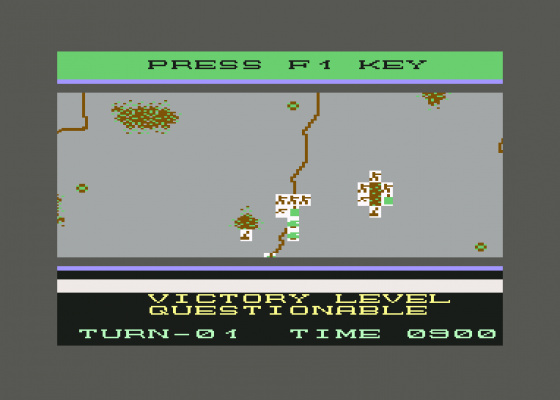 There are also designer's notes which I always find entertaining reading even if the author does use them to make excuses for any obvious misdemeanours that he knows the reviewer is going to pick out. The designer seems to be after my own heart, using phrases like 'synergistic element'...

The outstanding thing about this game is its successful combination of simplicity of operation with detail of content, and it succeeds better than many SSI games in the attempt to make screen and paper work together.

There is virtually nothing in the actual play of the game on screen - anyone who has played a wargame before will be able to pick up their joystick, blance briefly through the rules and get on with it - but the variety of tactics available in the differing combinations of units gives it depth and interest. This is certainly a game which beginners will enjoy, and which more experienced wargamers will not find a waste of time. 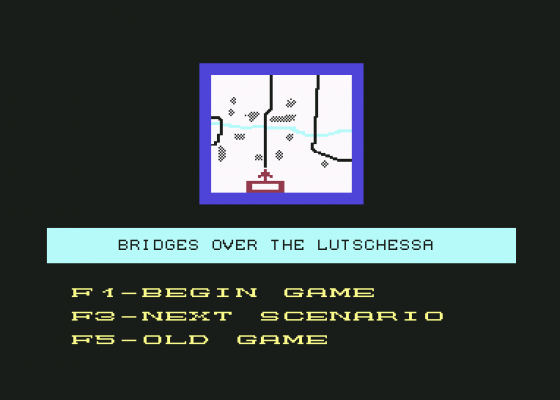 Presentation 82%
Excellent, as usual from the company.

Graphics 55%
Very difficult to make out the unit and terrain types, and generally too much grey blankness on screen.

Rules 90%
Well written and presented and easy to consult.

Authenticity 79%
Although the poor screen graphics let the atmosphere down, the player has a definite sense os using the capabilities of historical units.

Playability 85%
Easy to pick up and smooth to play. 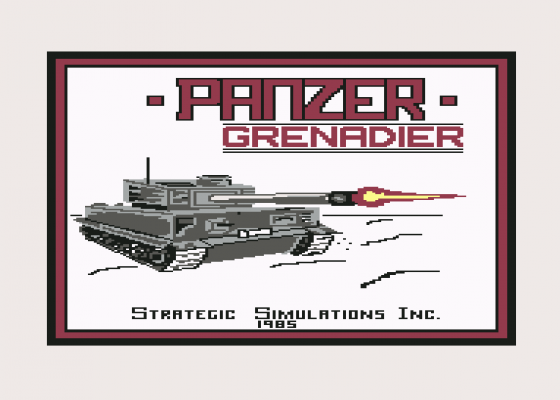