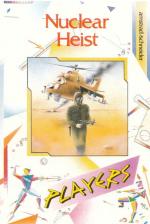 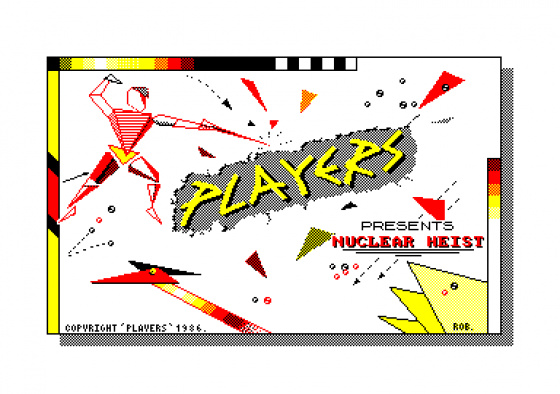 You've seen plenty of left-right shoot-'em-ups, well this is an up-down one from Interceptor's new label. It comprises two sections that go together to make one unoriginal, infuriating, awful game.

The aliens don't just move towards you, they fire at the chopper as well, destroying it if it's hit. The alien fire can be quite concentrated, and up to four of them can be on screen at once. When they get about half way across they stop firing and a last minute intervention by the helicopter can prevent disaster. 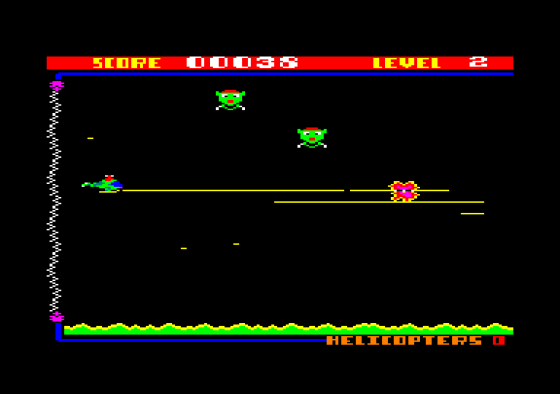 When enough aliens have been destroyed you move to the second stage of the action which involves very fast reactions. The helicopter goes into hyperwarp, which means a whole bunch of white dots whizz across the screen towards it very fast indeed. All you have to do is avoid the dots for a little while. Even if you're ready for the start of this section, the helicopter may hit a dot before you've had a chance to move, and one wrong twitch will spell disaster.

If you survive the hyperwarp, you're on to another alien-blasting section, but with a different breed of alien and a lot more of them to kill before you can move on again.

The waves are quite difficult to survive, but consist of mindless and repetitive action. Their most annoying feature is that wherever you die the chopper is always returned to the start of a level with all the aliens still to be shot and the hyperwarp to survive. This combination makes the whole thing immensely frustrating and guaranteed to have you breaking up the furniture after just a few minutes [You should see the state of the office after Bob played this one! - Ed].

The game sound effects are quite jolly very impressive because it's a very old idea with diabolical gameplay.

N. Very old game idea.
N. Mindless repetitive gameplay.
N. Only two stages.
N. Simple, flickery graphics.
N. Infuriatingly easy to get killed when there's nothing you can do about it.

The waves are quite difficult to survive, but consist of mindless and repetitive action. 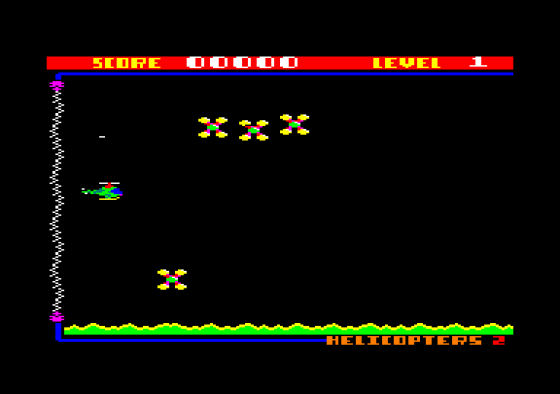 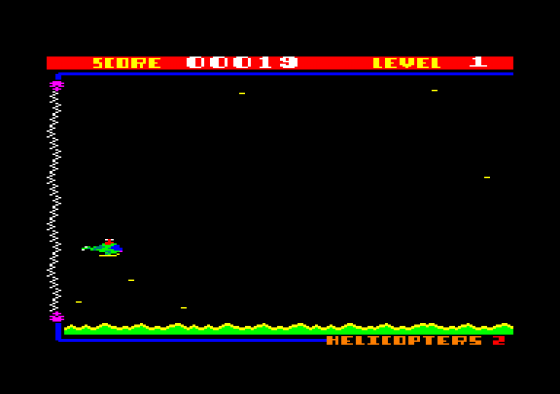 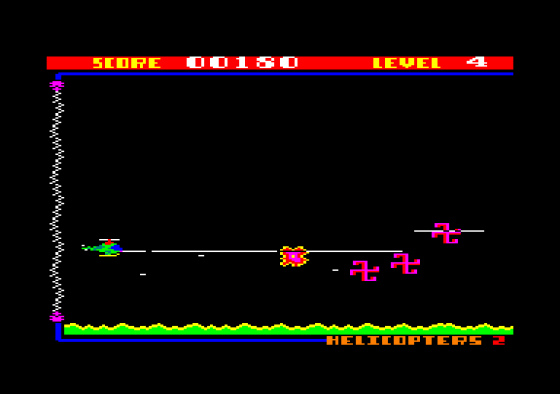