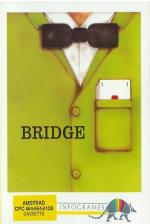 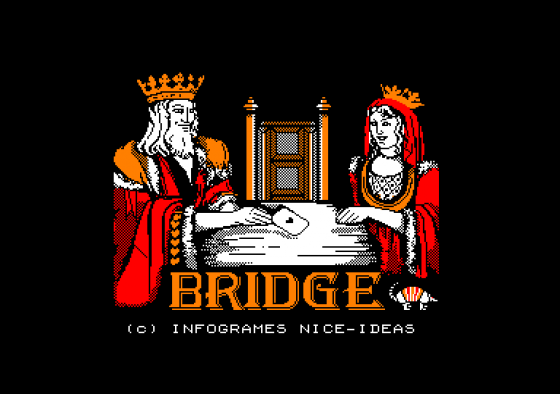 This is the second bridge simulator to come out in recent months. I think this new one is easier to get to grips with than CDS's Colossus Bridge 4. It allows a single player to play bridge against the computer, who controls both your partner and the two opponents.

The game is controlled from a main menu which has seven options replay, random deal, deal number, scorecard, enter, dealer, and conventions. The random deal gives you a random hand, and the deal number allows you to select one of 100,000 pre-programmed deals. Once a hand is dealt, the bidding can start.

The bidding isn't particularly well explained so you'll have to know already how to play bridge or use common sense when bidding. Once the contract is settled you play the hand - you play both hands when North-South settle on a contract. The card-playing screen is laid out well and has a cheat option if you want to see the other players' hands. 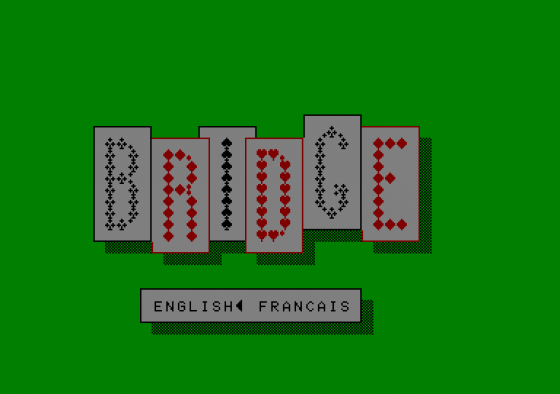 Once the hand is finished and you're back to the main menu you can replay the hand, check the score-card or change the dealer. The 'enter' option allows you to enter all four hands and then play. The conventions that can be recognized are Stayman, Blackwood, Gerber, five card majors, strong two clubs, weak one no trump opener, jacoby and two no-trumps- ll-12points.

Despite not fully understanding the bidding system, I really enjoyed playing the game. It gives you a good computer opponent and of course endless variety of hands to play. A great companion for when you want to while away some time.

Must be the best-implemented bridge program yet to appear. The graphic display instead of the usual text is effective. More importantly, the program plays a strong, sensible game and there a pleasing number of cheat options - which I'd never get away with when playing against my mother-in-law.

Red and black cards can still be identified by symbol shapes.

Overall 70%
P. An enjoyable and easy-to-use game.
N. It's expensive.

Must be the best-implemented bridge program yet to appear... Plays a strong, sensible game. 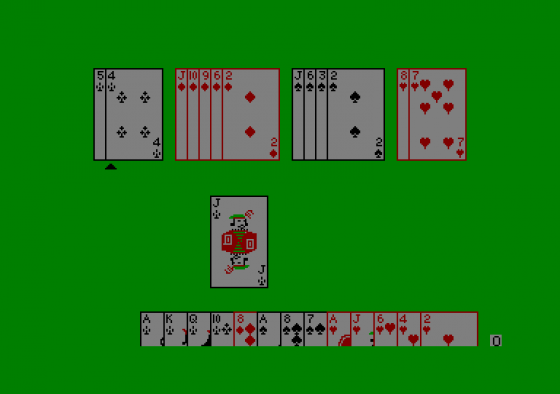