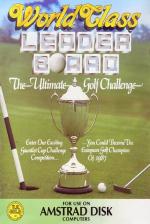 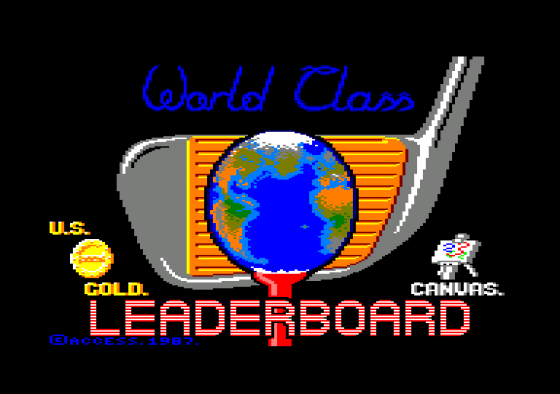 Here it is, the long-awaited World Class Leader Board. Could they improve on the previous versions? I thought so, and they have. The changes are vast. So read on.

The tape version doesn't have practice putting or driving; the disk version has the data for each hole is loaded separately. This makes for difficulties when rewinding to hole one. There are three different skill levels: Professional. Amateur, and Kids. The differences between the three skill levels effect play on both the fairway and the green.

Wind affects only the Professional, whilst "snap" effects both Professional and Amateur. Kids level is affected by neither of these. On the putting green, the professional does not have the advantage of the power bar, though the amateur and kids get the bar but not the distance indicator which usually surrounds it. 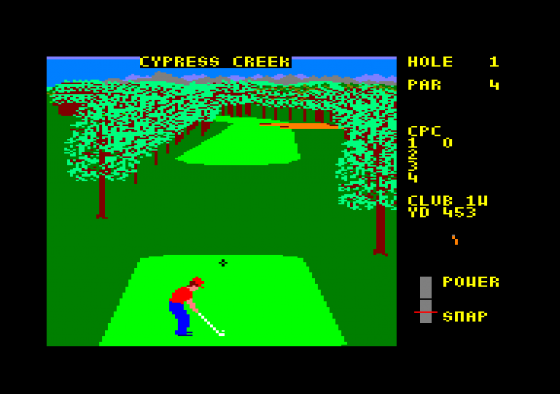 The basic game mechanism is the same as in the previous incarnations. You choose a club from a collection of woods, irons and wedges, based on the distance required and wind direction. You then have to aim the shot, and determine its power and spin (hook or slice) by timing the swing and the snap of the wrists. Once you've reached the green you automatically switch to a putter and a slope indicator effectively replaces the wind in altering the shot direction.

The other differences are in the drawing of the holes. This version has rivers, bunkers and trees. Wow! Thankfully, these additions are not drawn as slowly as the previous versions; they seem to be drawn faster. At last there are fairways and rough. The holes actually look like real golf holes and they've kept the great animation of the little golfer at the bottom of the screen. They have also kept the system of re-drawing the hole from the golfer's eye view.

If your shot happens to hit a tree, the ball will drop like a stone to the floor - realistic, eh? I can't tell you what happens if you land in the water because I was never bad enough to land in a river, he says shining his finger nails on his shirt. 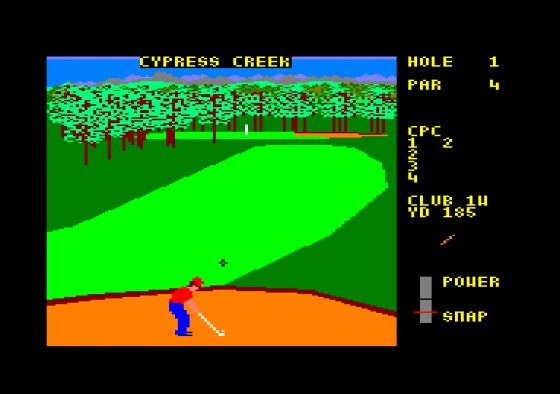 One nice new addition is the ability to view each hole from overhead before playing a stroke. This gives much more detail than the old instruction diagrams and gives you a much better feel for the course.

You know those little annoyances that seem to creep into most games? Well, guess what? There are a few in this. You know what it's like, you've played what seems to be a superb drive when suddenly the wind grabs it and it heads for the rough. Your blood boils and you reach for your three iron. You address the ball hurriedly with the intent of smacking it halfway around the globe. You lift the club, wind up all the strength in your body and - thwack! You smite it a mighty blow, taking most of St Andrews with it. As the ball moseys slowly over the rough, you congratulate yourself on a perfectly judged shot, expecting it to land somewhere up the fairway. Suddenly to your horror, the ball increases in speed as soon as it starts to fly over the fairway. Before you faint, you see it shoot past the green and embed itself in the trees.

Well, it's a great game with the best graphics from a golf game yet to cover Arnie's eyes. So it's got good gameplay with bags of appeal for the whole family. It's easy to get into and yet it still allows for a harder game. It has nice animation of the little golfer at the bottom of the screen and it re-draws every screen from his eyes. It has trees, bunkers, rivers, fairways and rough. If U.S. Gold bring out another one, I don't want to review it. Just save me a copy to play please!

I've always been fond of golf games, even that old fogey Amsgolf, so naturally this is a great favourite of mine. The additional features turn what was a good game into a classic. The gameplay hasn't really changed but the overall feel of the game is much more realistic. If you've already got Leader Board, it's certainly worth a look, and if you haven't got a golf game yet then this is the one to get your mitts on.

Not great, but playable.

Grab Factor 85%
P. New courses to get to grips with.
P. New obstacles to overcome

Overall 84%
P. The best of the lot.
N. Please, no more variations

I've always been fond of golf games... so naturally this is a great favourite of mine. The additional features turn what was a good game into a classic. 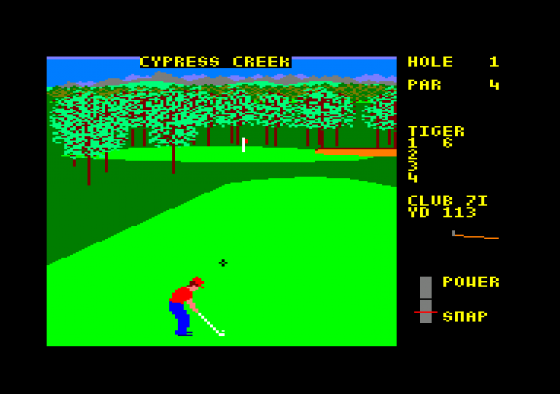