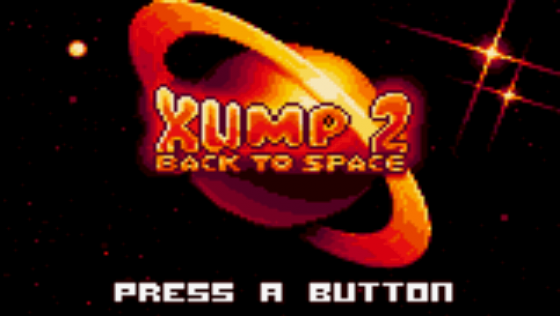 The Atari Lynx is a bit of a homebrew hero - although there weren't very many commercial games released for it back in the day it now boasts an extensive library of titles. Xump 2 is a new release from Retroguru which is set in outer space and casts you in the role of the droid Xump. Xump is a droid who has the unenviable task of standing on certain tiles to make them dissolve, and the game is viewed from roughly a 45 degree angle, that is, not from overhead and not from the side.

As you can probably gather, it's a puzzle game above all else and the sequel to the first Xump game, which you might readily recognise from its recent release on the Evercade. The screen presents you with an 'area' on which you'll discern tiles which are "permanent" and tiles which are to be removed. You need to remove all the dissolvable tiles to complete the area and proceed to the next, and you remove them by simply stepping onto them.

After you step onto a tile, you have about a second until it completely disappears, so you need to plan your strategy so that you don't hang about too much. Doubling back across dissolving tiles will almost always lead to a quick death, whilst not taking the time to plan out the order you might best navigate the screen is likely to end with you stranded somewhere in the area with no option but to quit. 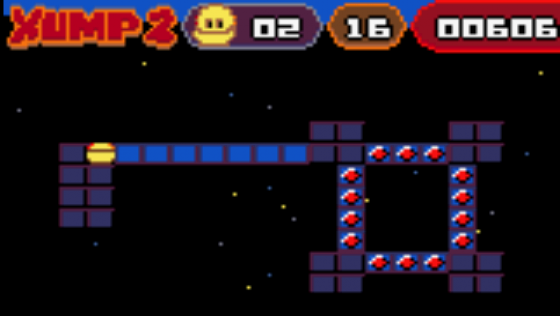 The first few screens are easy enough, presenting big "permanent" areas with just one obvious route of dissolvable tiles to traverse between them. But only a few screens in, the situation is complicated by one-way blocks, barriers to progress and "mine" squares. Soon removing certain tiles becomes very complicated indeed!

If you've played Xump 1, then Xump 2 is just more of the same. It has different area layouts, slightly improved visuals and a few new tunes to listen to, but it doesn't do anything noteworthy with the series. I have played better puzzle games and I've played worse, and probably that's the most damning criticism that can be levelled at Xump 2. It's just so average.

As you might expect from a Lynx game, it's fast (cartridge-based), colourful and fairly playable. I say "fairly" because I actually found that control of Xump the droid took a bit of getting used to - you basically need to release the movement control about one step before you want him to stop, something that's easy to forget when you're also trying to plan your next move. I also didn't like that, when Xump the droid stands on a tile, he completely obscures it, meaning you have no visual indicator of whether he's on a "permanent" tile or one that's about to disappear. The mines have the same problem too - tiles which have a mine on them basically have two chained timers, one for the mine to disappear, and a subsequent one for the tile to be removed. You need to really familiarise yourself with the game mechanics to be able to accurately pause for long enough to achieve both, and it's not particularly intuitive.

Xump 2 is a polished game, but it straddles that line between puzzle game (needing to work out and then stick to a prescribed route) and arcade game (requiring super-fast reactions and split-second timing) a bit too awkwardly for my liking. The artwork for both the droid and his handler, Ms. Holger, is cute though.

Xump 2 is a polished game, but it straddles that line between puzzle game (needing to work out and then stick to a prescribed route) and arcade game (requiring super-fast reactions and split-second timing) a bit too awkwardly for my liking. 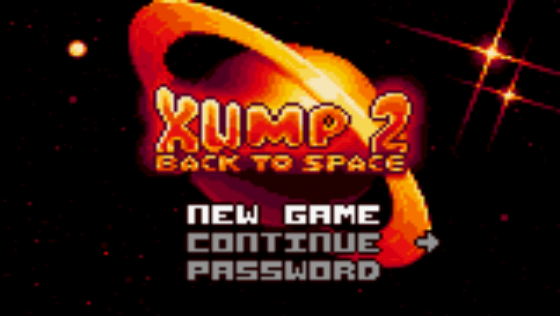 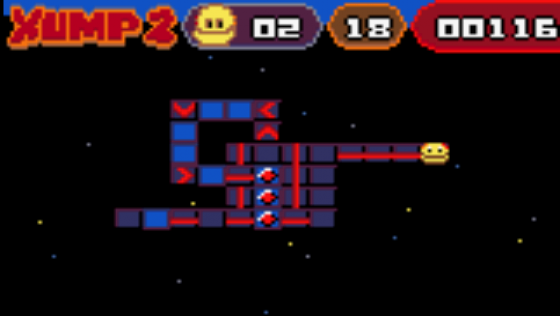 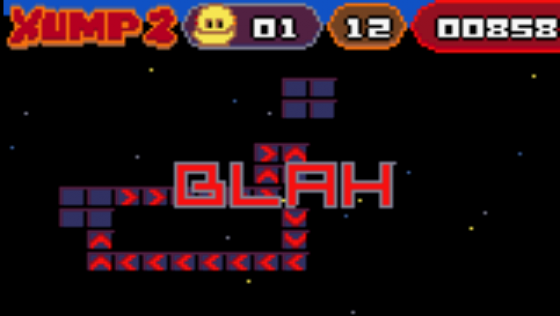 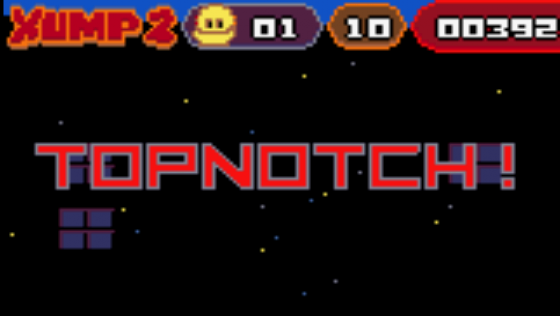 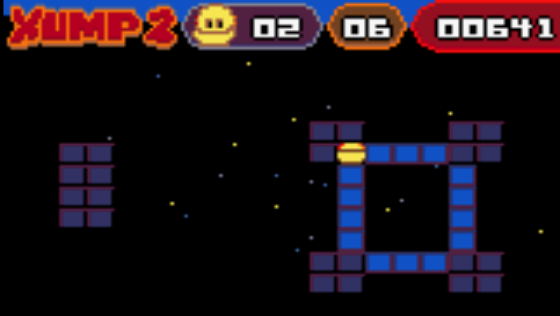 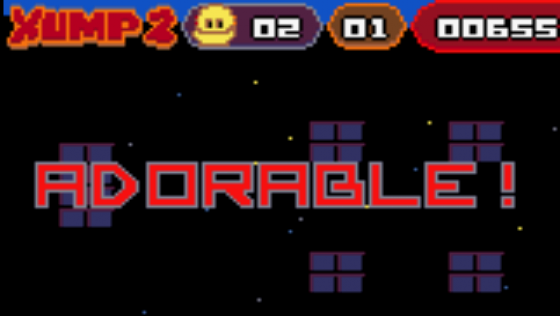 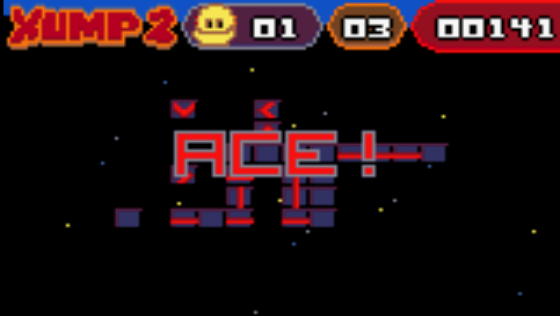 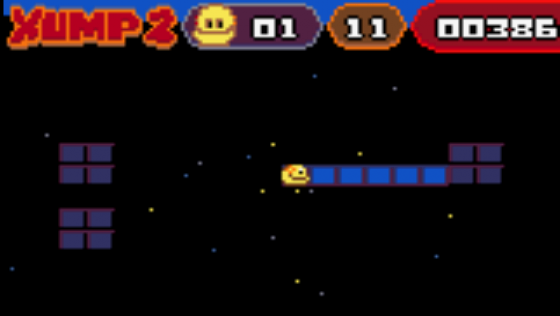