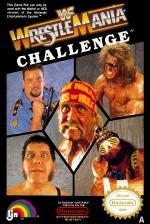 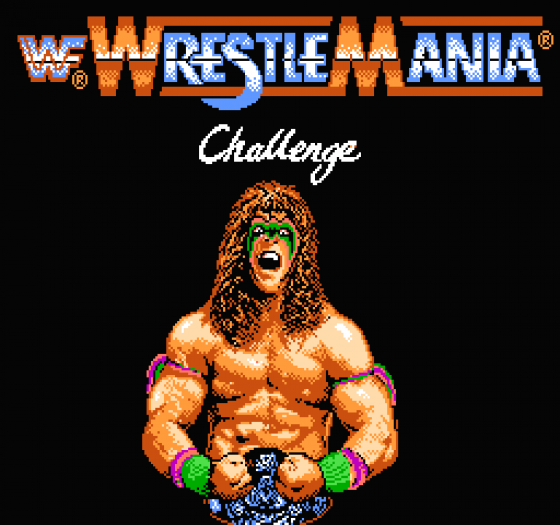 Where do you think you'd find up to six sweaty muscular psychos rampaging around in a small enclosed area apparently attacking each other? In a World Wrestling Federation ring, of course! In the WWF, the "performers'" objective is to entertain the wrestle-crazy crowds by putting on a display of carefully scripted violence.

This latest effort from NES masters Acclaim makes you a newcomer in a digitised version of the WWF circuit. Using your carefully-honed wrestling skills, your aim is to face up to every wrestler the WWF organisers throw your way, and hopefully make mincemeat out of them in a variety of hilarious and yet rather painful ways.

WWF WrestleMania Challenge gives you (and a chum if you like) the chance to take on the rest of the WWF circuit in pursuit of the WWF World Championship title! Fancy your chances? 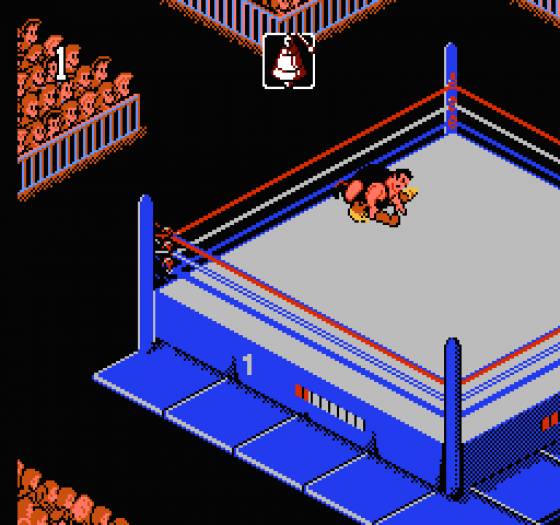 Although you are able to enter the WWF as "yourself", it's also possible to adopt the persona of any one of the WWF wrestlers in the game. This means it could be you stepping into the Hulk Hogan's shoes and dushing out some heavy duty violence.

Perhaps if you've got a uniform fetish, Big Boss Man (who appears in the game complete with his police garb) is more your style.

Tag Teams of up to three wrestlers per side are available in WWF, to boost the entertainment potential of a particular bout. To make matters even more interesting, two players can gang up against the computer in a tag team game. 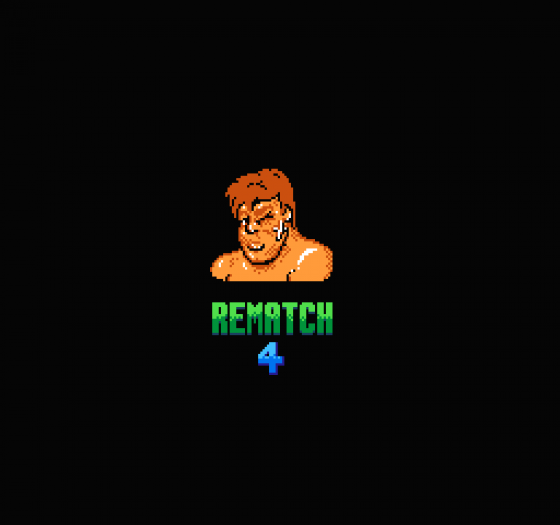 Just like the real thing, if your team mate is being creamed, his tag partner can blatantly ignore the rules and jump into the action to produce a wrestling free-for-all. However, don't stay in there too long or else you may be disqualified!

The wrestling action isn't limited to the confines of the ring. Throw your opponent out of the ring, if you like, and bash his head against the floor - a far more solid surface! But watch out, stay too long outside of the ring and you are counted out!

Many wrestling moves are available to our WWF pals in this digital version of the scripted sport. Look out for kicks, punches, pile-drivers, shoulder charges, elbows-in-the-face, and even some out-of-ring action if you throw your opponent out (or vice-versa)! Each WWF wrestler has their own individual moves - some more effective than others. 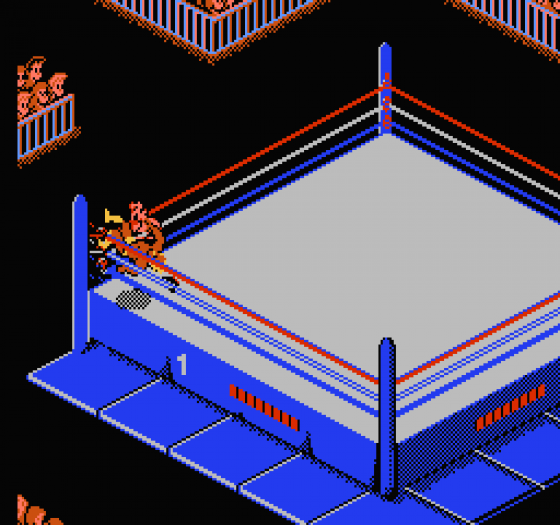 The WWF masters of mayhem recently undertook a British tour, culminating in the Battle Royale final at the Albert Hall. Spawny git Jaz Rignall managed to get himself a ringside seat and said he had a brill night out, watching the likes of the Legions of Doom, The Undertaker, Big Boss Man, The Power and The Glory, The Mountie - and the mega 20-man over-the-top finale which was won by the British Bulldog.

WWF is a fun game which pretty much manages to capture the atmosphere of the real thing. Playability is its strongest point, with plenty of neat features and options - each wrestler's range of different moves is superb.

The computer opponents are good, but the two-player mode is best, with plenty of fun-packed grippin' and grapplin' japes. 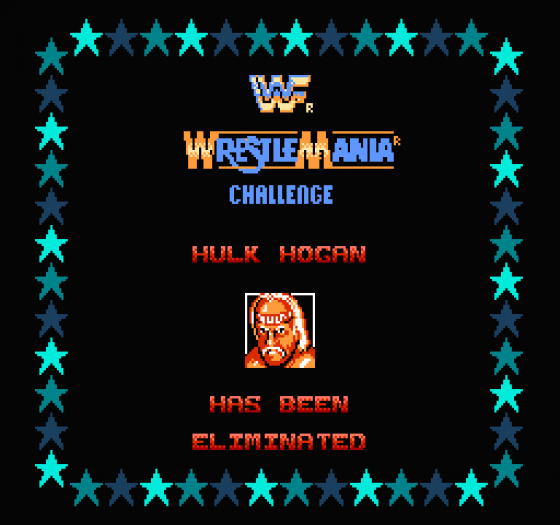 However, the graphics and sound are both disappointing, and don't reflect the overall standards set by the gameplay.

WWF fans will certainly enjoy this, but if you're simply after wrestling action and aren't bothered by the absence of such famous names as Big Boss Man and Hulk Hogan, check out Tecmo World Wrestling, which I think is even better!

I must admit that I found WWF a bit disappointing, especially coming from Rare (who I always thought could do no wrong). The graphics are really quite average and the sound is dull. 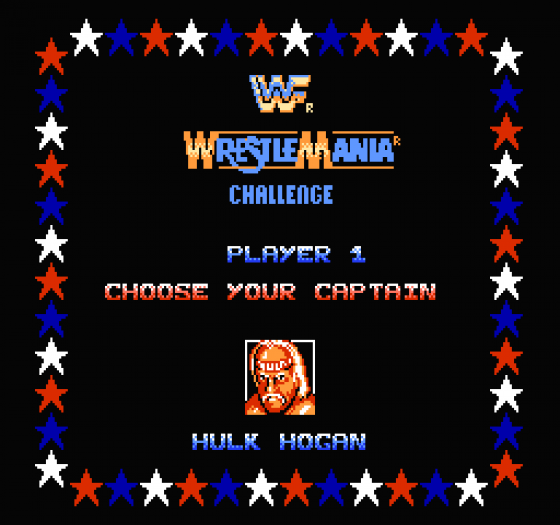 Playability is all-important and it's only here that WWF pulls back a few points. With all of the wrestlers and their individual moves, it's all good, long-lasting fun. Add in all of the different one and two-player options and the game suddenly gets a bit more interesting.

However, straight after playing this I had another go on the previous Nintendo wrestling biggie - Tecmo World Wrestling, and to be honest I found that a lot more enjoyable. I'd recommend you check that out first, but if you're a massive WWF-only fan into a bit of tag-team japery, check out this new Acclaim title.

Presentation 90%
A very comprehensive options screen, giving you the choice of wrestler and one and two player game combinations.

Sound 58%
Different tunes for each wrestler and some effects.

Playability 83%
Plenty of moves to master and different strategies to learn.

Lastability 83%
Winning the championship title doesn't take long, but the two-player options keep up the interest.

Overall 80%
A highly playable wrestling game let down by substandard graphics and sound. WWF fans shouldn't be disappointed though.

A highly playable wrestling game let down by substandard graphics and sound. WWF fans shouldn't be disappointed though. 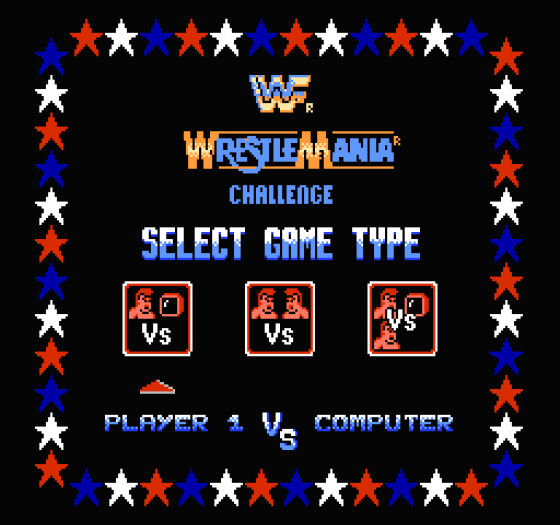 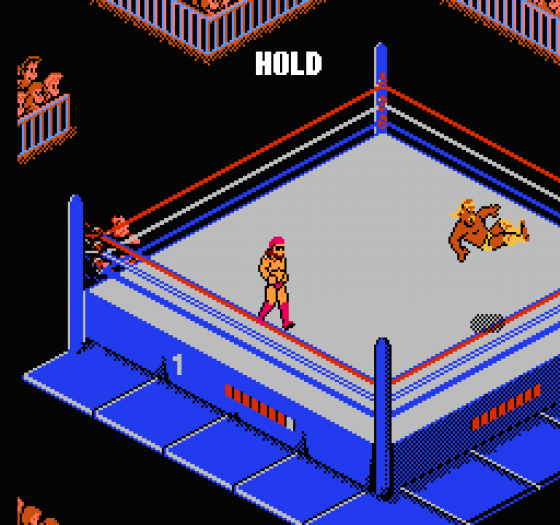