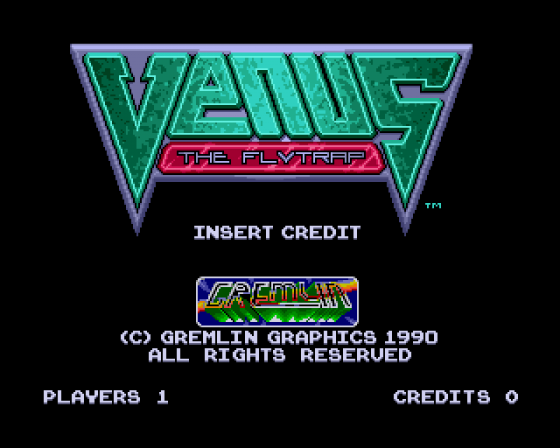 Venus: The Flytrap | The Bottom Line

Sorry, fly fans but Venus: The Flytrap can't be used to capture bluebottles. Or your imagination really, come to think of it. Beneath the tiresome ecologically-sound storyline about the decay of the planet (which is related in words and pictures by way of a simple scene-setting sequence) and fairly nifty graphics is a tired and detested platform piece.

Let's be fair though. In look, at any rate, it's undeniably unusual. The player controls a mechanical fly - but one which can't (fly, that is) without the aid of a power up. It can, however, walk along platforms, leap short distances and shoot bullets without too much trouble.

The fly has to negotiate 10 sideways scrolling platform arrangements - each one visually different and split into zones - which sounds interesting but unfortunately turns out to be a very linear slog of simple walking, jumping and shooting actions. There are no surprises (well, apart from finding out that it's possible to get trapped until the timer runs out, ho ho) but plenty of pointless features, including the old picking-up-something-which-temporarily-reverses-the-joystick-movements chestnut. The creatures in Venus' world are so bland they don't do much more than trundle back and forth or bounce up and down in tedious little preset patterns, while the bonus pods they leave behind when shot reveal an equally uninspired collection of features, more often than not score, energy or timer bonuses. How Marvellous. 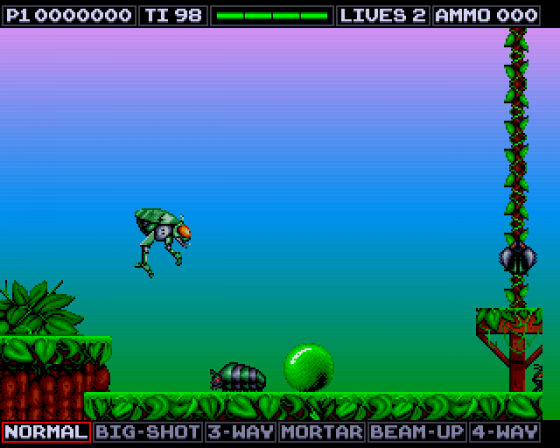 Special blocks built into the scenery affect the fly and its mission too. There are blocks that rapidly reduce the time limit while you stand on them, blocks to make the fly jump higher (which is the same as making the platforms lower, so why bother?) and blocks that are bouncy or sticky (fair enough). Oh, and there's a bonus level in the form of a simple shoot-'em-up.

Dullish stuff, then, even at this price, but it does look quite nice.

Anyone who's interested in simple, repetitive platform action is on to a winner here - there's loads of it, and it's cheap.

Venus: The Flytrap | The Bottom Line

Anyone who's interested in simple, repetitive platform action is on to a winner here - there's loads of it, and it's cheap. 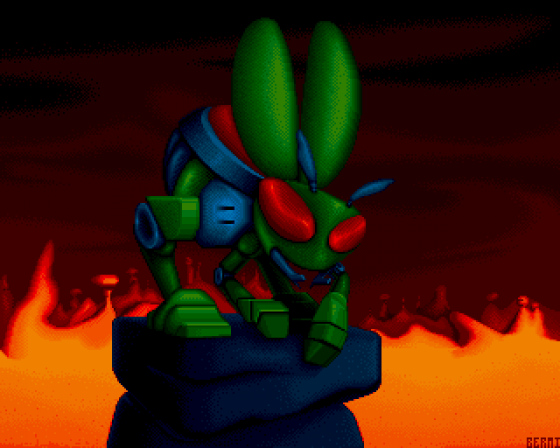 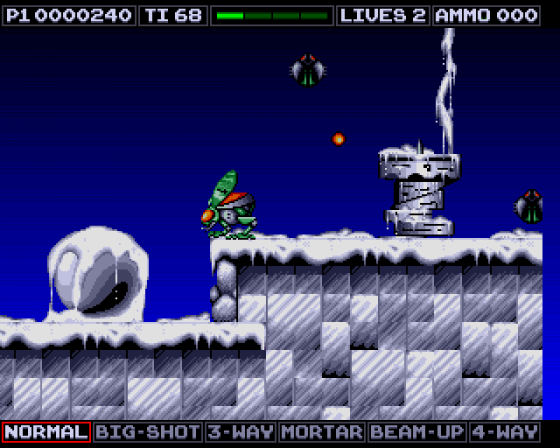 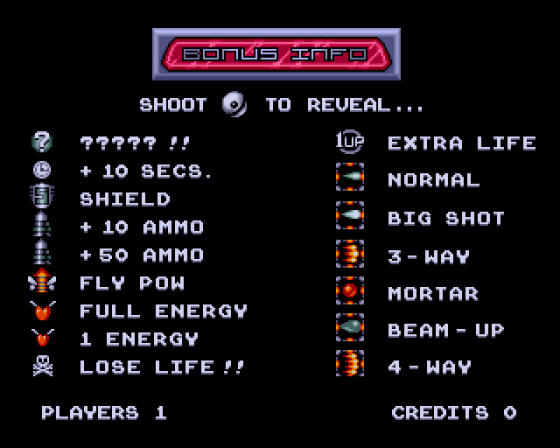 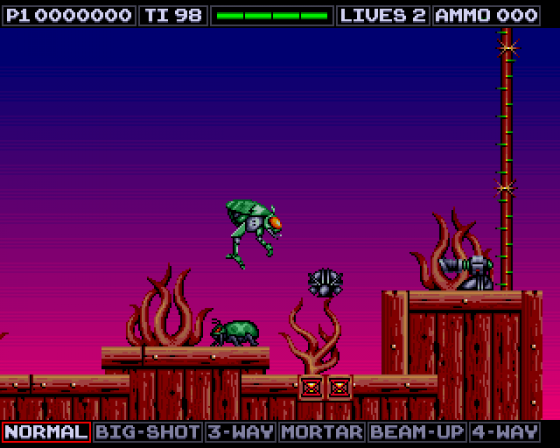 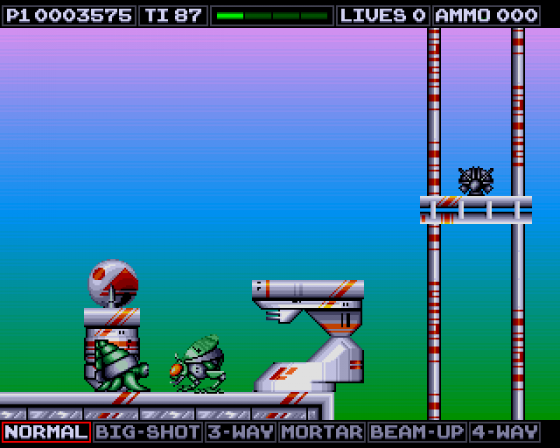 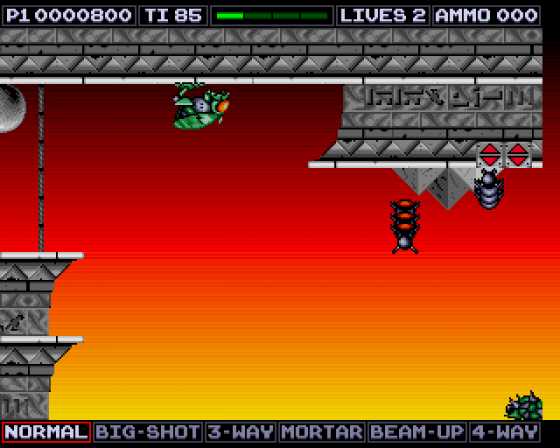 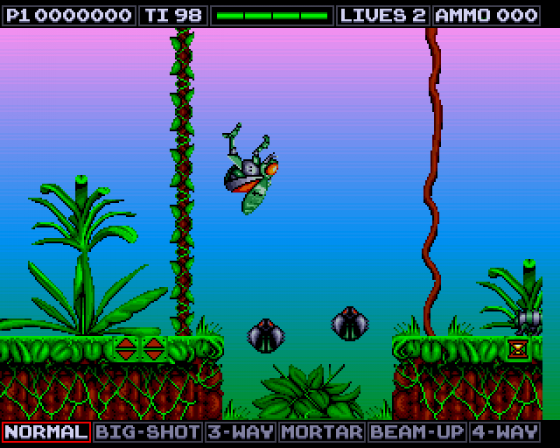