1st January 1989
The Empire Strikes Back
By Domark
•
Amstrad CPC464 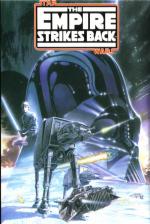 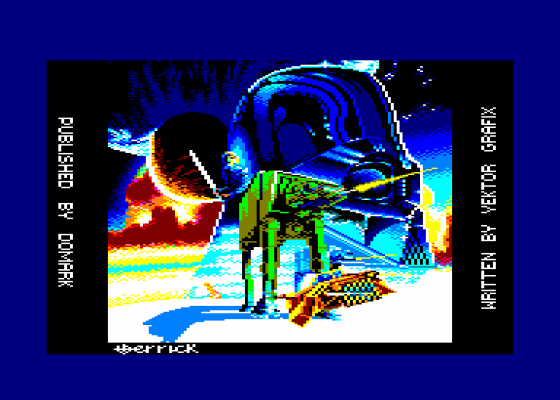 Play starts with four distinct phases. In the first you guide Luke Skywalker's snowspeeder over the surface of the rebel planet, destroying animated British Telecom towers, trying to stop these robots from sending radio transmissions to Darth Vadar.

The second phase involves some large lumbering mechanical walking war machines. Try saying that after a night out with Han Solo.

After a brief sortie with the Tie fighters you are plunged into an asteroid storm, where you must avoid collisions with large Rubik cubes. Failing to survive the asteroids will terminate your contract with George Lucas and ensure that you don't take part in any sequels. 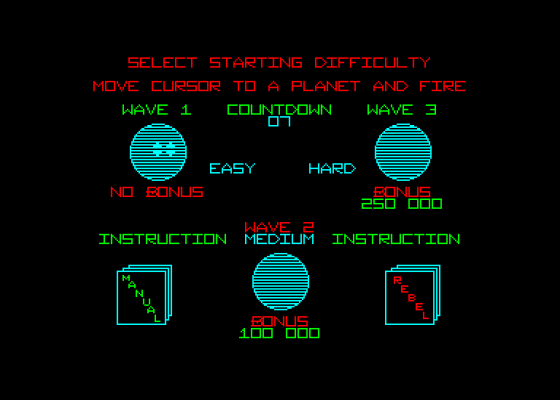 The vector graphics are fast and smooth. Colour is at a distinct minimum, being used to distinguish between the enemy and their laser fire, so playing on a green screen monitor is no problem.

Extra bonuses in the shape of letters from the word Jedi pop up occasionally and wander about the screen. Collecting all four makes you a fully fledged Jedi Knight, impervious to damage for a short time.

The music which plays throughout the game is very good - you almost expect Alec Guiness to pop over your shoulder and mention something about a force.

Unfortunately the main force in this game is that of boredom. After completing one level, it's straight back to the same old thing. 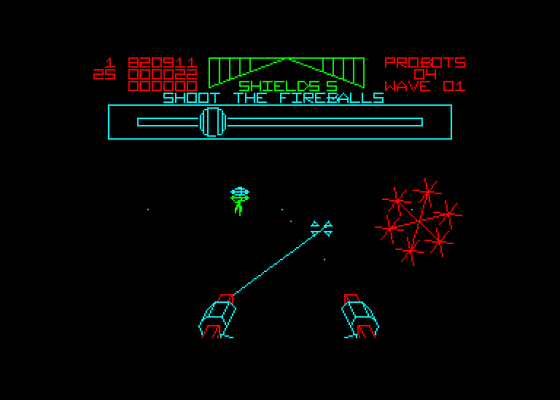 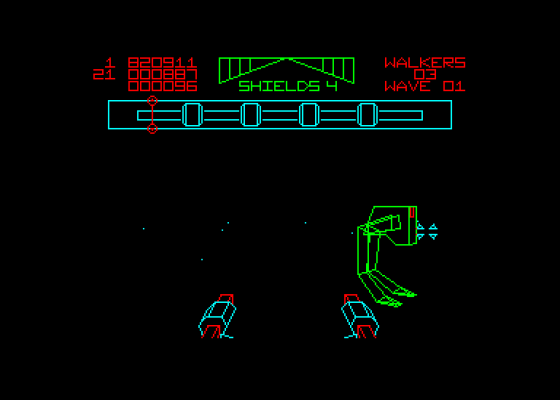