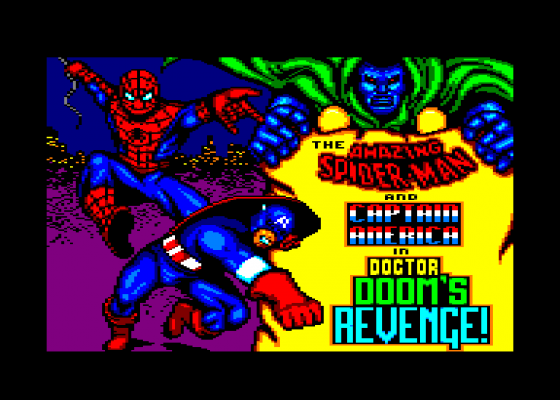 Get set for some particularly sticky moments as Peter Parker takes on the mighty Mysterio.

In this modern age of nuclear fission and fusion, core meltdowns and genetic mutation caused by radiation, it is surprising that there is still only one Spiderman out on the streets, defending the cause of right and justice against evil.

Be that as it may, there is only one and, although he's already been around for some time, there's still plenty of life left in him yet. Take a quick run through this little gem from Empire and you'll see just how true that is.

Peter Parker aka Spidey comes back from his nightly prowl around the city to find that arch-enemy Mysterio has paid a very unwelcome visit to his flat. 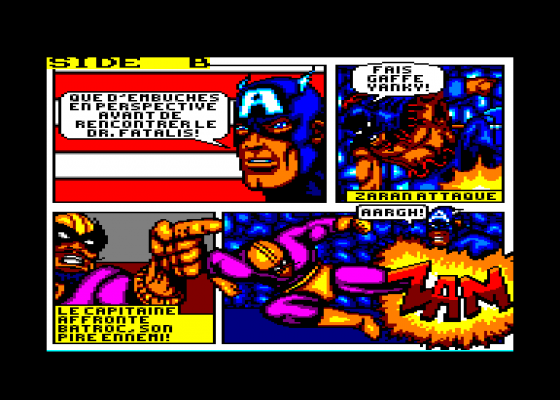 Not only has he trashed the place, but he's also taken Mary Jane, the loving wife of humble Peter Parker. Luckily enough, Mysterio has no idea that Peter and Spidey are one and the same personage, so that, Mysterio's ultimatum to bring Spidey out to the old Rockwell Film studios hits a very sore spot indeed.

What results from this vicious ultimatum, is a classic all-action blast of epic proportions, as Spidey battles it out through a whole host of different sets in the studios and, if you manage to survive the first encounter, be prepared to be dazzled by the ingenuity of the gameplay.

Moving through the studios, each category of film set is explored in infinite detail. In the horror section, you'll need to keep every ounce of your spider wits about you in the ancient tombs, as the ever advancing mechanical mummies attempt to do you in at every possible occasion. 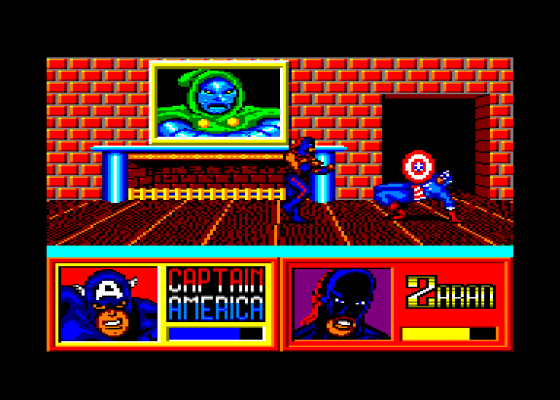 Approaching the ghostly-looking castles, make sure that you've stocked up well with web formula, otherwise your fun could well be cut short by the sharks in the moat. They don't care what they eat and a bit of spider flesh is just as good as human.

If you can make it through the adventure section, you're doing very well indeed.

Getting used to the outer space stage is harder than you might think. Just as you get used to jumping and tumbling in this weightless environment, some spoilsport goes and changes the gravity level, bringing you back down to Earth with a resounding bump. 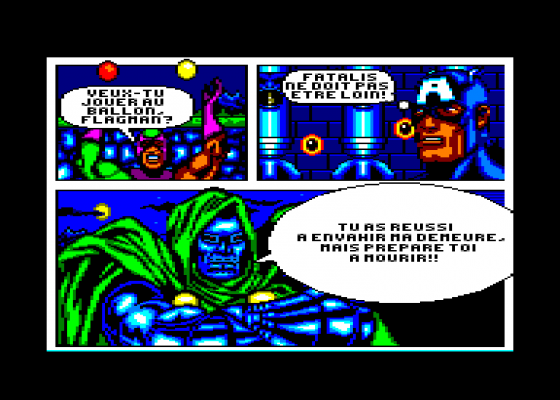 Throughout each level, Mysterio's presence is very clearly felt and you'll need to be fast to survive. Being in full control of your web formula count does help, but the eight-way firing mode does even more to level the odds against your horrifying adversaries.

Finish off one lethal opponent and it's straight on to the next. Ever fancy a fling with Godzilla? You've got it and, just to make matters worse, you have to keep your balance along the rooftops of Manhattan skyscrapers while he's out to get you.

From the sublime to the ridiculous, use your spider senses to locate the evil lurking behind every dark corner in the sewers. Bump into certain sections and you could find yourself fading fast as hideous poison begins to take hold. At the same time, the rats are out there in droves to hinder your progress. 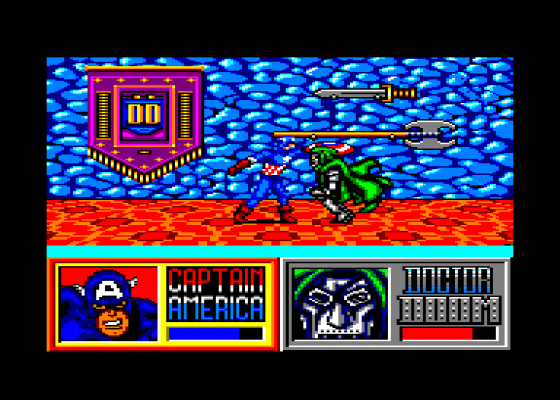 Too much for you? Don't worry, it's all in a good cause and, there's plenty left yet! Coming out into the Western scenario, your task is to explore the old gold mines for clues to Mary Jane's whereabouts.

What's that? You hear something fizzing somewhere? Don't fret, it's only a load of lethal high explosives. Spidey can handle that I'm sure. But can you?

The action in this game is fast and furious. With 256 sprites of animation for Spidey, the graphics and scrolling are superb, combining with excellent and atmospheric sound effects and music to make an all-round, guaranteed number one hit.

Stun the robots as they come at you, hit switches, test out which walls are real and which aren't and don't hang around too long on the moving platforms. One small lapse in concentration could be fatal.

Getting used to controlling Spidey may take a little time, especially the mastering of web firing and swinging between strands. However, once you've got it off to a tee, it really gives you an edge you can ill-afford to do without.

At the end of it all and just when you thought you'd had enough, watch out, here comes Mysterio!

The Amazing Spiderman is a totally addictive experience for action, shoot-'em-up and adventure lovers alike. There's an awful lot packed into this little offering and you'd certainly be wise to go out and get it as soon as possible.

After all, wouldn't you want to do something about it if some mad old baddie came in, trashed your pad and took your missus? Too right. Take it away, Spidey.

There's an awful lot packed into this little offering and you'd certainly be wise to go out and get it as soon as possible. 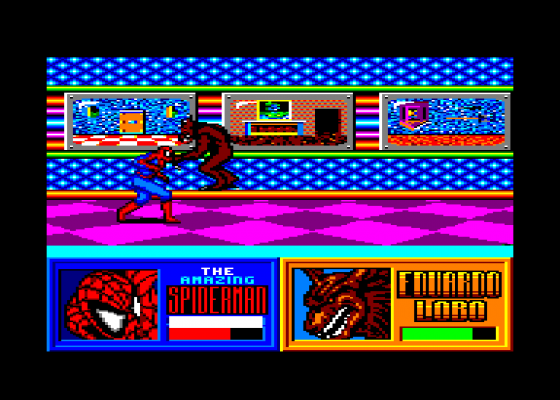