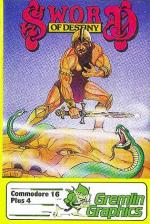 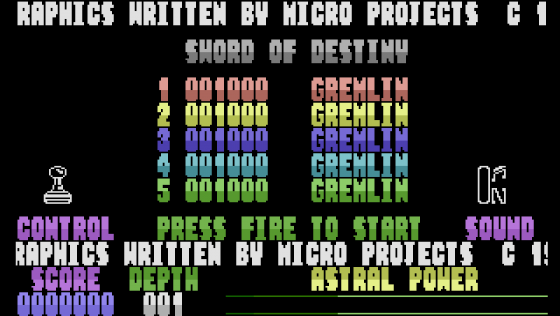 Sword Of Destiny is one of those games that comes with a cassette inlay full of hype, but which in itself doesn't amount to an awful lot. Just take a lot at this: "Kelok - a master warrior of the eastern region - has been killed in battle by Xorphas, an evil warlock. Not content with killing Kelok, Xorphas has stolen his heart, leaving Kelok's soul to wander forever, doomed to the torment of death with no peace."

It goes on. I'm not against this sort of thing in principle, it adds an imaginative angle to games, but it has to be backed up.

Basically, Sword Of Destiny is a platform game without too many platforms. You move Kelok around, killing the various zombies with a swipe from the old sword. As well as this you must pick up certain objects as you go to open up other sections of the Abyss. Killing the zombies is an activity which must be executed with a certain amount of gusto otherwise you run out of Astral Power and it's start again time.

Graphically it's not at all bad. Kelok himself looks a bit like a Roman Centurion and moves quite smoothly. The zombies bear a remarkable resemblance to flying telephones.

Apart from anything else the game seems to lack any kind of structure. After half an hour of killing telephones I began to think: why am I doing this? The answer? I was trying to work out why the music kept turning itself on and off for no apparent reason. Maybe Gremlin should get the people who write their inlays to design the software.

A platform game without too many platforms. Graphically it's not at all bad. 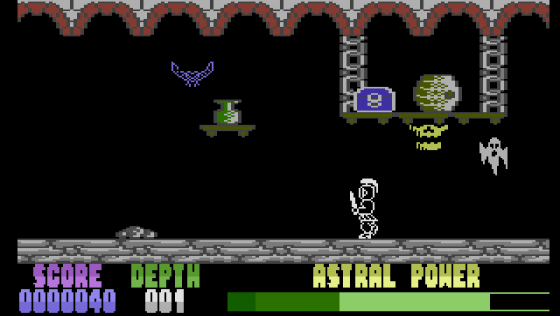 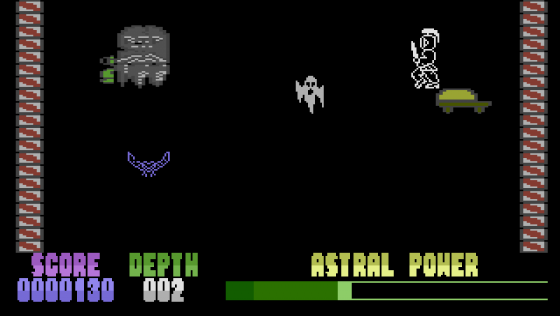 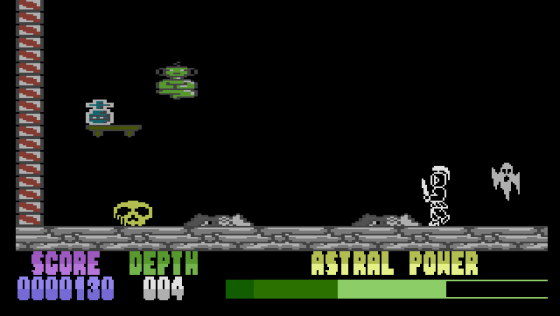