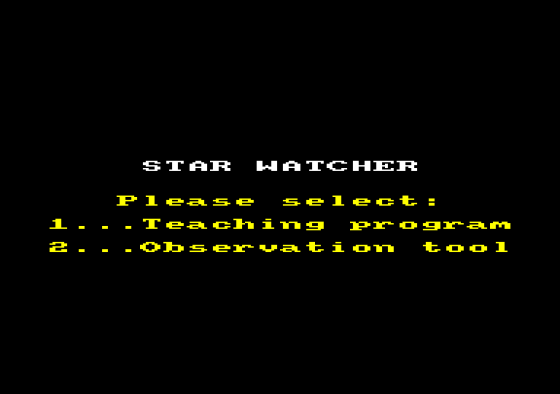 An astronomy program seems a rather strange bedfellow to the other Brainpower titles. However, I found it as informative and engaging to use as I did the other three - and a great deal of fun. The formula is essentially the same as in the other programs, with a teaching and applications element. In Star Watcher, though, the training section is used to teach constellation and star recognition while the applications program can be used as a full-blown home observatory.

The tutorial begins by explaining the way the heavens are mapped and the co-ordinate system used to refer to stars. This is similar to the latitude and longitude system used to map the world and is made easier to understand by the clear diagrams which accompany the text.

The way the stars move is dealt with next; why they appear in certain positions at some times and how they move to arrive in different ones at others. Quite a lot of interesting detail on the history of astronomy is included, which makes the tutorial a very good primer on astronomy in its own right. 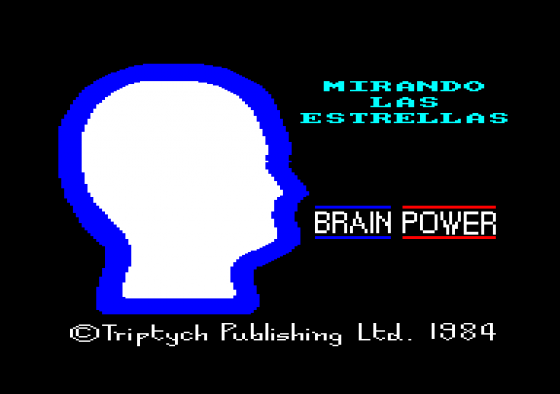 There is a chapter on how stars and constellations are named and how they are classified by magnitude and colour.

The computer is used in the training section to show a succession of views of all 88 constellations. As in the applications program, the star views can be 'seen' from any location on earth; so having entered the latitude from which you wish to view, you are ready to start. 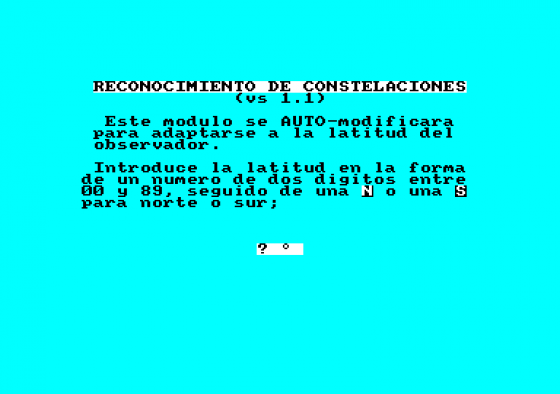 This is a unique and imaginative use of the computer/book combination, and an excellent example of how it should be done properly. You can look at individual constellations from different latitudes and get an idea of what it feels like to be somewhere else on the earth. There are some excellent self-test facilities which you can use having learned the characteristics of individual constellations. You can select one of four degrees of difficulty for these tests and I found it remarkably absorbing trying to get a perfect score.

One of the best things about star gazing is the simple fact that no-one has yet found out a way to tax astronomers whilst taking in the delights of the heavens. In a world where just about anything that's fun costs money, you can indulge in the stars for free! The applications program is an absolute masterpiece on its own. I have read the reviews of the Spectrum version of Star Watcher, all of which acclaim it as the best astronomy program on the market; one even referring to is as glittering! The CPC464 version has been enhanced considerably to take advantage of the superior machine specifications.

This program gives you complete control of the heavens from any place on earth, at any time and in any direction and there seems to be little you cannot do with it. The presentation takes the form of a sky 'window' with a data entry matrix and a selection menu. You enter the data about your location and time and the direction you wish to look or the star co-ordinates) and the program will then plot your view of the stars. 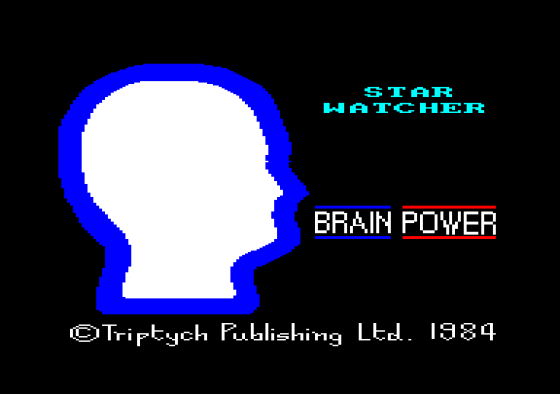 The accuracy of the view is very high, individual stars being plotted to within half' a degree. One of the menu options allows you to switch constellations on and off or choose to view stars of selected magnitudes. You can use this feature to isolate individual constellations of particular interest and the data display will show you whereabouts in the sky to find them.

There are some extremely powerful facilities which enable you to 'move' through the dimensions of time and space. For example you can set different start and finish points and the number of steps needed to move between them and then let the computer take over.

Using this you can see how the stars change every night for a month, see what the sky looks like as you 'fly' around the world, or view a star panorama as though you were turning around on the spot. A real time plotting option makes use of the CPC464 clock, so you can set it up beside the real night sky to find out what you are looking at.

I found Star Watcher fascinating as an adult, and it seems an excellent medium to introduce children to both astronomy and computers at the same time. Not to mention a very practical demonstration of the occasionally seemingly pointless rigours of geometry!

It is remarkably easy to use which belies the great power of the applications program.

This package seems to be high on natural appeal and must be a sure fire hit for Christmas - and these long, ong winter evenings.

This package seems to be high on natural appeal and must be a sure fire hit for those long, long winter evenings.
Logout