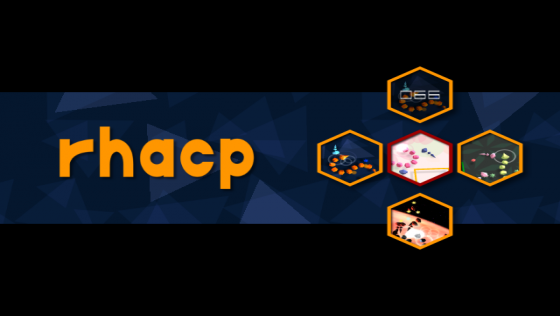 Crostar produces one of the best Snake clones available for the PC.

rhacp? Nope, I've no idea what it means either. However, I can tell you that rhacp is a brilliant psuedo-3D 'Snake' variation released by Japanese developer Crostar, and it's a game that has been seeing a lot of action at RGCD HQ.

Gaming doesn't get much more retro than 'Snake', and unsurprisingly it's timeless eat 'n' grow game-play has seen a good number of remakes over the years across a wide variety of platforms - although very few can be said to be as accomplished as Crostar's effort. For a start, the game is visually stunning, with animated backdrops and expertly shaded and designed polygonal game entities, and then there's the exceptional audio (which wouldn't sound out of place in a Kenta Cho release). Most importantly, however, are the subtle alterations to the way that the game plays; including the 360 rotational movement and free-roaming 'food'.

The player's goal is to 'eat' (or collide head-on with) a specific number of smaller snakes on each level. If an enemy snake collides with any other part of your body (i.e. the tail) you'll deposit a small, spiky mine behind you - collide with one of these and it's instantly game over. However, if you collect all of the round tokens littered around the game area then the previously laid mines will disappear, clearing your path and generally making life a bit easier. 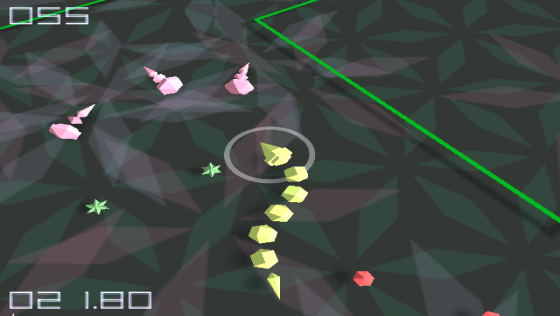 rhacp supports both keyboard and joypad/stick control - keyboard being via the left and right cursor keys, 'Z' to start the game (as seems to be the standard in Japanese releases) and 'Esc' to exit. It's also worth noting that the game window size can be changed to a variety of different resolutions/sizes by altering the value held in the windowsize.txt file between 0-4. In fact, the only flaw with the game is that it lacks some user-friendly set-up options - beside being asked whether you wish to play in full screen or windowed mode there are no other game settings that you can alter.

There are a total of four stages to clear (each with a different backdrop, soundtrack and required number of points to complete), after which a 'free play' mode is unlocked. Admittedly, rhacp is simple in concept and short in length, but the execution is flawless and the game is fun while it lasts.

(Note that the version included on disc has been 'translated' into English. It's amazing what you can do with a hex editor...)

Admittedly, rhacp is simple in concept and short in length, but the execution is flawless and the game is fun while it lasts. 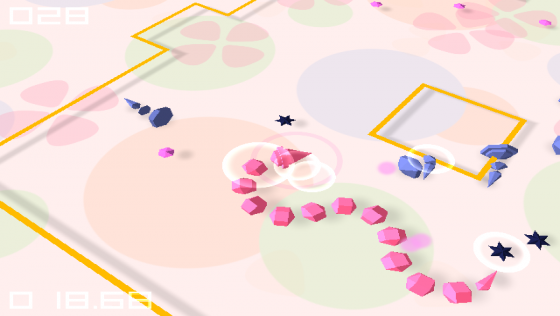 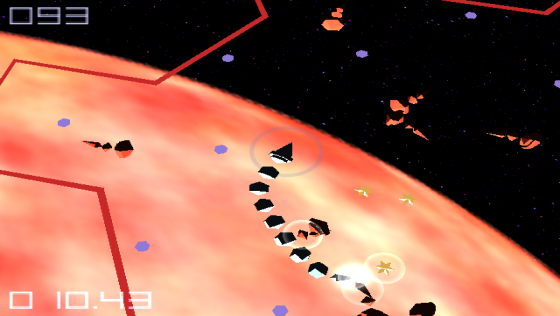