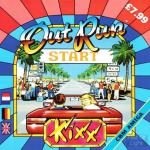 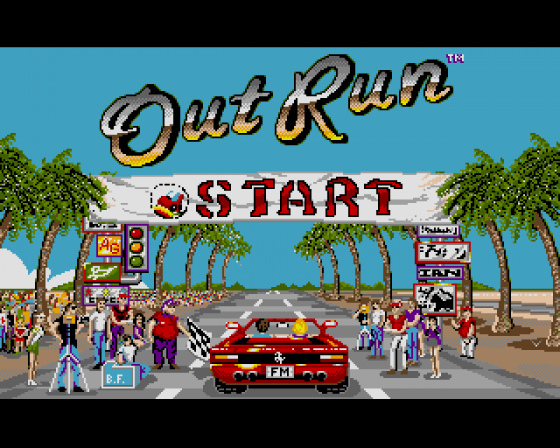 In the beginning, animation was done with toys. Toys like zoetrope, where you had a drum with slits in, put in a roll of paper with drawings of someone in different positions and span the drum to produce the effect of movement: also nausea, because if you didn't get the speed right, you found yourself looking at a flickering object, and the brain really doesn't like that sort of thing at all.

And, do you know, you can recreate those tentative first steps with Out Run, because it's from the school of racing games that cunningly reproduces the illusion of 3D by moving some blocks and having a stripy road.

Unfortunately, dating from 1987 and so being just about the first ever racing game on the Amiga (not to mention a fairly obvious ST port) the blocks and stripes move about fifty feet at a time with no animation whatsoever! 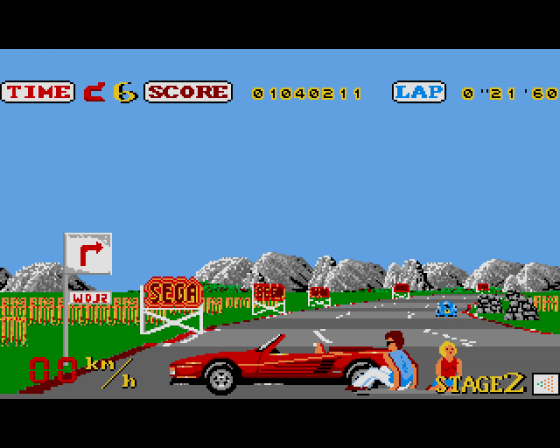 Comically, this means that playing the game is nearly impossible! Your eyes just can't cope with the ludicrously juddery, coiled panther springing suddenly upon unsuspecting gazelle-like steps in movement. The opposing cars move like the puck in air hocket, with similarly dangerous results if they hit you, and it's only these appallingly destructive smashes with your car spinning and over end for miles before landing upside-down in some bushes that afford any entertainment (because after this gruesome pile-up, the view cuts to you and your passenger sitting dazedly by the road in best A-Team style before scrampering back and carrying on).

There's really little to recommend Out Run, and I have now become bored of attempting to catalogue its plentitude of disasters. Leave me now.

Fully and unrepentantly poor thing dating from the dawn of time as we know it. If you really, really, really want an old racing game, get Super Hang-On, which is yummy and just find and dandy.

A fully and unrepentantly poor game dating from the dawn of time as we know it. 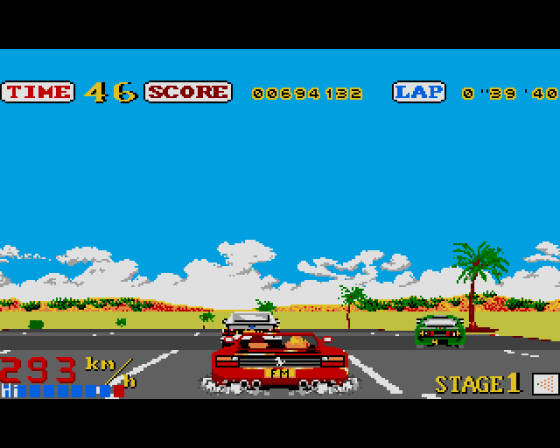 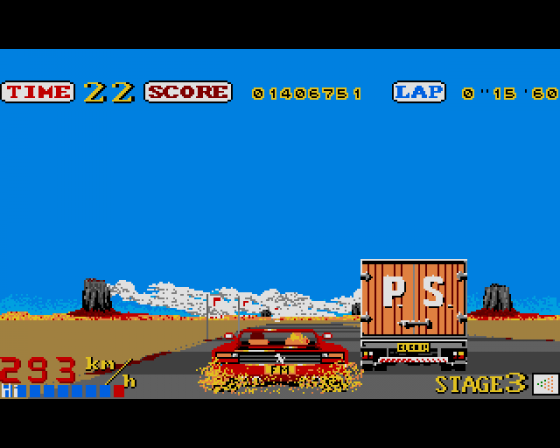 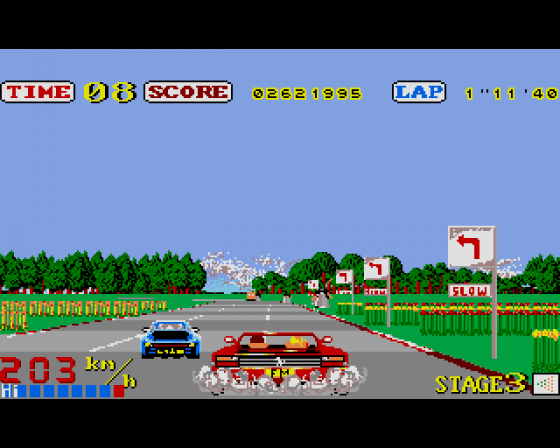 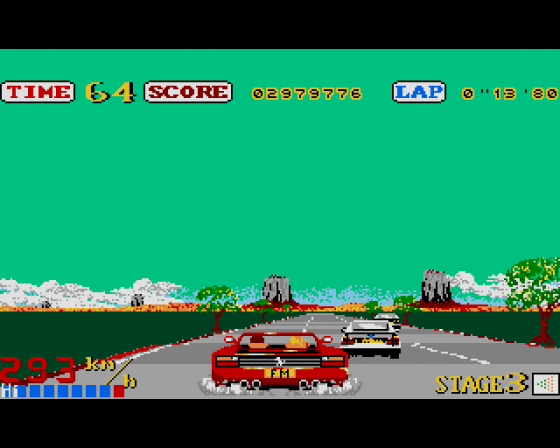 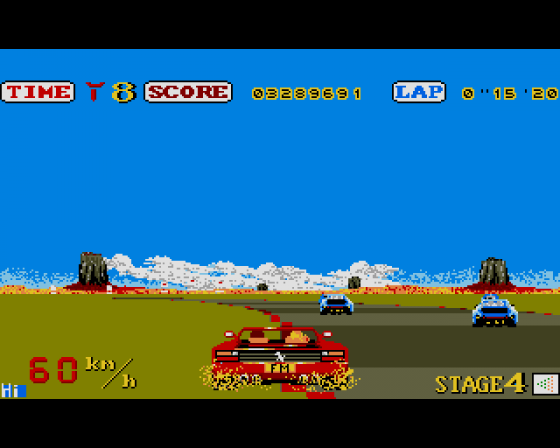 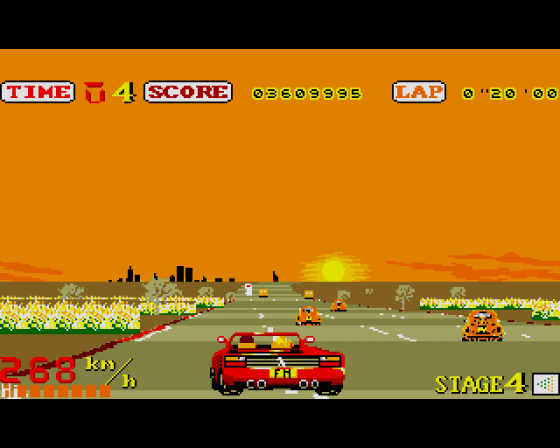 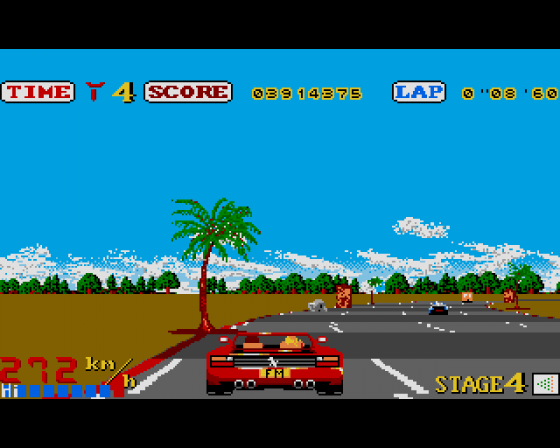 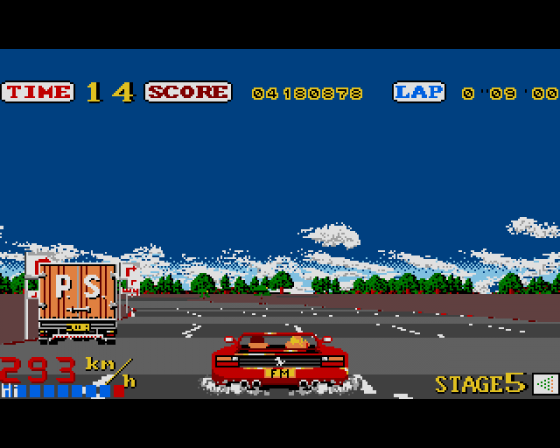