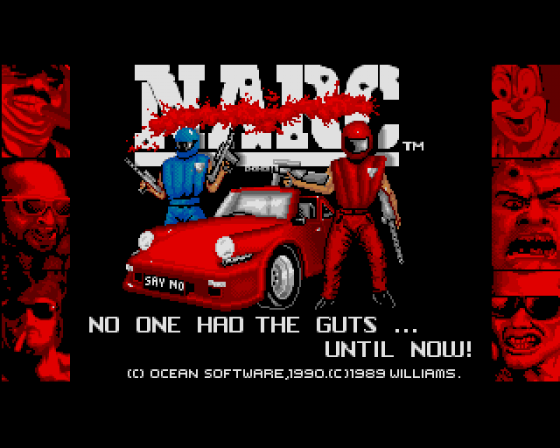 Sometimes I think it's a pity we're not allowed to swear more in Amiga Power because when a game as bad as Narc comes along, 'crap' (which is as far as we can legitimately go) doesn't really seem harsh enough. **** is more the word, but as I've said, we just can't print that.

Worse still, I can hardly think how to begin explaining why Narc is so awful. The gameplay - walk left to right along a scrolling play area shooting baddies - in this case (throwing open a huge moral debate into the bargain) both dealers and users of hard and soft drugs. Alternatively you can bust them by the somewhat unrealistically simple power of touch. More points, but shooting or missiling them is vaguely more fun, and much safer. Right then.

Continue shooting and collecting the ammo and drugs/money dropped for twelve levels, with no interactable scenery (apart from some cars on level six) and no variety in gameplay give or take a few safe-cards (i.e. keys) which you need to collect to exit the level.

Add the most ludicrous animation ever, top it all off with a crap "die punk" and machine gun sampled tune (that you have to sit through before starting every game) and you're away, sweating, quivering, foaming at the mouth even, at the thought of ever having to play such a monstrosity of a game.

This is ****, a word that we just can't print, and I can hardly think how to begin explaining why it's so awful. Leave it well alone. 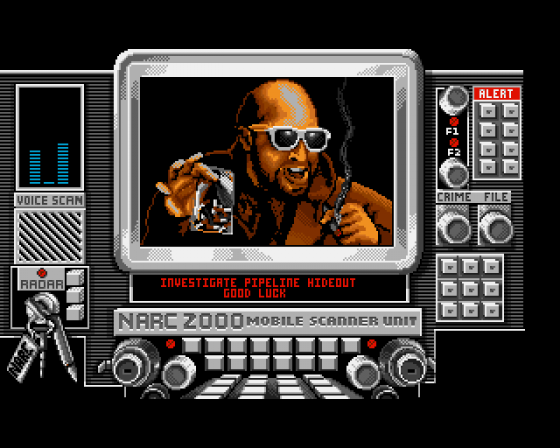 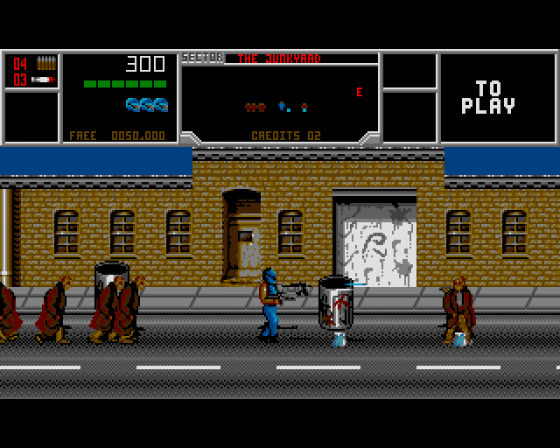 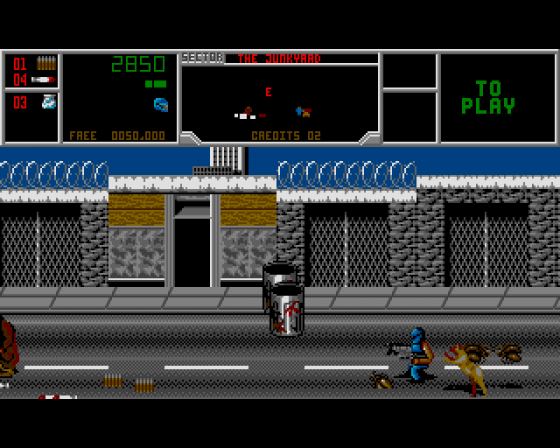 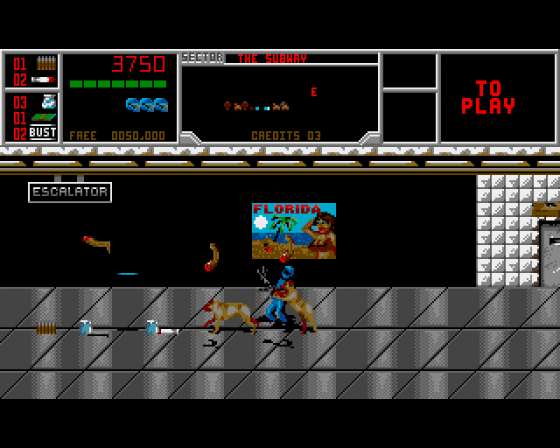