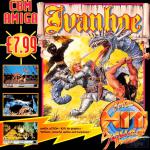 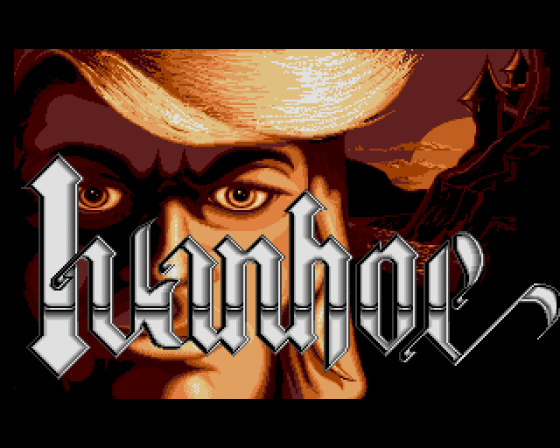 The instructions tell a gripping tale of knights, crusades and kidnapped kings, but it's with an air of unspoken disgruntlement that Ivanhoe, our hero, shoulders his sword and embarks on his quest. For he knows something the instructions would rather keep quiet: not only is he going to be walking along from left to right killing baddies as he's seen done so often before (with only a scrolling, horse-riding level to break the monotony), but he's only got about two different ways of attacking them, and they both involve his sword. His mood switches to one of optimism, however, when he realises that this is actually a French game...

What sets Ivanhoe apart from, well, everything else, basically, is its absolutely ludicrous graphics. I've never seen anything so ridiculous! Fluid animation has been completely dispensed with in favour of huge, cartoony sprites that fling themselves all over the screen as if they're possessed (or something). This makes it pretty tricky to tell what's happening to begin with, but your eyes do eventually become accustomed to it. There are some nice backgrounds too, and a good map that charts your progress between levels.

The snag is that once you've overcome the game's technical idiosyncrasies, and worked out what's going on, it actually turns out to be horribly easy. Somewhat reluctantly, I've got to label it more of a curiosity than a sensible way to dispose of eight quid.

Wacky, high quality graphics, but as far as the gameplay's concerned there's nothing to it. Literally.

Wacky, high quality graphics, but as far as the gameplay's concerned there's nothing to it. Literally. 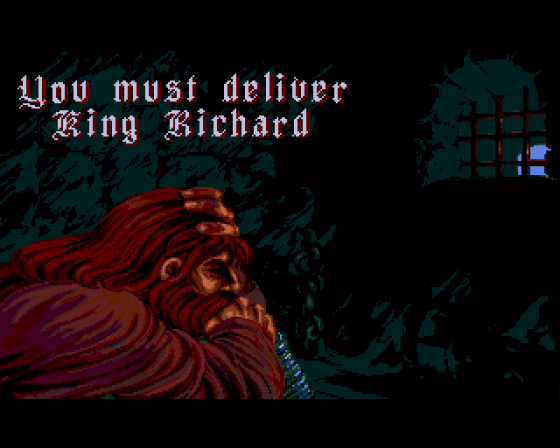 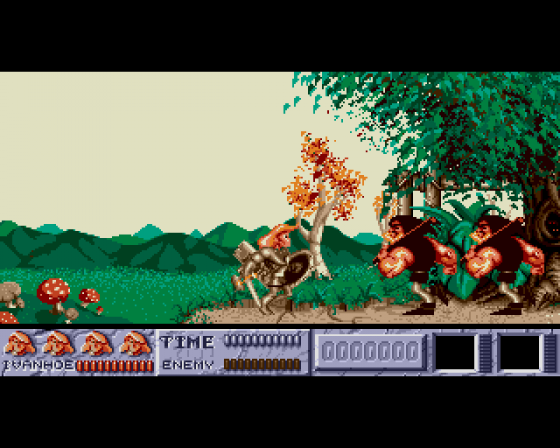 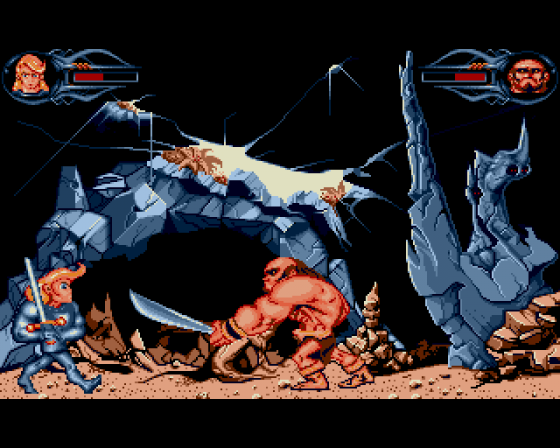 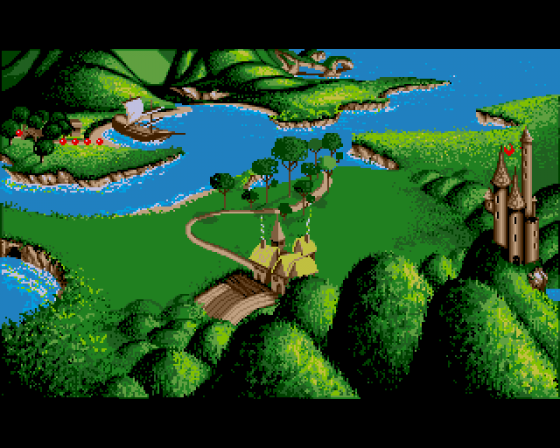 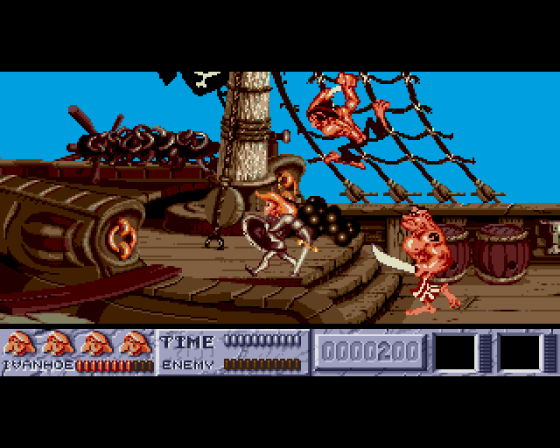 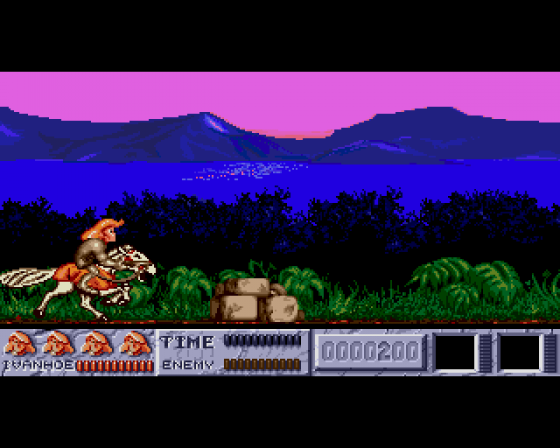 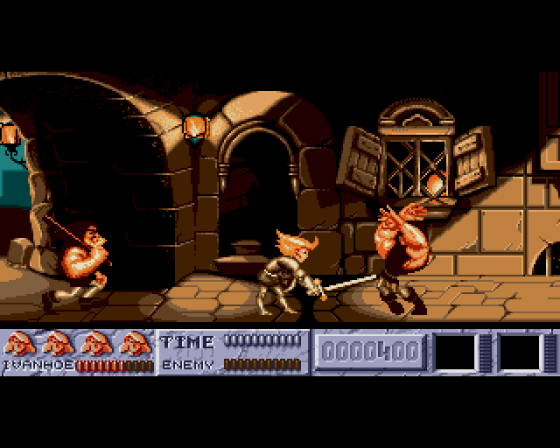