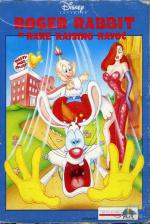 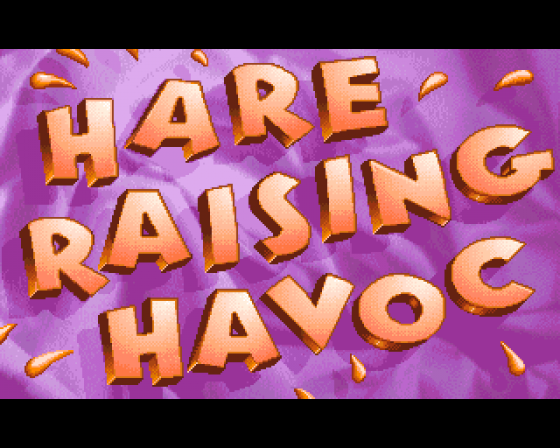 As a well-known bowl of petunias once said, "Oh no, not again". After suffering the dismal Space Ace II in issue 10, the last thing I wanted to see was another multi-disk cartoon extravaganza with astonishing graphics and almost invisible gameplay. But wait! Hare Raising Havoc is different! Oh yeah?

Well, for a start, there's no more of that perpetual disk-swapping stuff - this game comes on six floppies, but you only have to swap them round once, and that's when you install the game onto your hard drive. Yes, that's right, Hare Raising Havoc simply won't allow you to play from the floppies, so ignore the small print on the box at your peril. Bye bye to those 80 per cent of Amiga owners with no hard drive. (And hello to the other 20 per cent, all those serious types who use their machines for 'proper' things like word-processing and accounting and stuff like that. Lots of Roger Rabbit fans among their ranks, I'll bet.)

On the bottom half of the page there, Mark might tell you that this is different from Space Ace and the other games of that Don Bluth ilk because it gives you freedom of movement around the screen and hence much more involvement in the game. Believe him about the freedom of movement, but don't trust him about the game. In Space Ace, you watch an animation for a while, then have to make a decision on a simple joystick movement to progress. In Hare Raising Havoc, you still have to do the simple joystick-movement bit, but you get to fill in the walking-between-problems bit yourself. Bit fat hairy deal. Roger's cartoon logic doesn't even give you a clue as to what to do next, which means even more guesswork is involved than in the Bluth games. 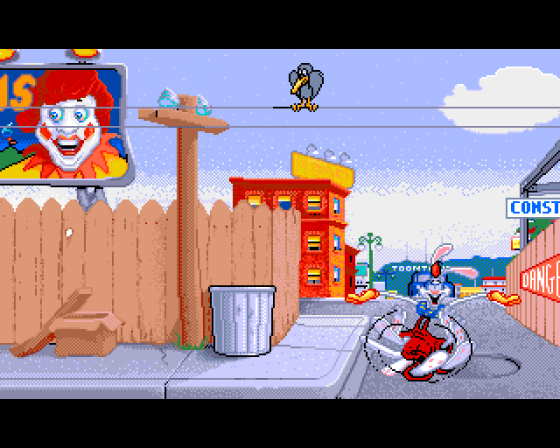 "Ah, but the graphics and animation and sound, they're just incredible!" Tosh. The graphics are sweet, but are they really a significant improvement on the Garfield games of several years back? I don't think so. As for the animation, it's all very well if you can put up with it pausing every half-a-dozen frames as the game accesses from the hard drive, which it does with monotonous regularity.

And I'd be a lot more impressed with the lengthy speech samples if they were in any remote way synchronised to the graphics. In Roger's long monologue at the start, for example, his lips never move - he lurches through a four-frame cycle of animation, one of which involves his mouth being open. See it to believe it, I don't think.

And what of the interesting puzzle-solving gameplay? Yeah, right. Bumble around aimlessly pulling and throwing things until something ridiculous happens (cartoon logic, remember) and hey presto you've solved a problem. Repeat at length until you run out of time, then go back to the start and trudge through the whole thing all over again at a tortuously-slow pace until you reach the bit you were stuck at. Plug away at it until the solution miraculously reveals itself, and go through this pantomime a few more times until you've either completed the game or been dragged away sobbing by the men in white coats. Gameplay? Don't make me laugh.

This is a feeble excuse for a computer game, and if you buy it, you deserve all you get. In fact, if you've already got a hard drive, it's probably worth selling the bloody thing just do that you don't run the risk of ever having to play this.

Downers: Who is this aimed at exactly? It's too slow, tough and frustrating for kids, but your average hard drive owner doesn't use his expensive bit of hardware for crummy cartoon games. Despite what anyone might tell you, it suffers from exactly the same flaws as Space Ace et al.

The twelve people who buy this game will play it for maybe a day until they've guessed their way to the end. In between, they'll get one laugh for every £1 they've just paid out. And good luck to them.

The twelve people who buy this game will play it for maybe a day until they've guessed their way to the end. Good luck to them. 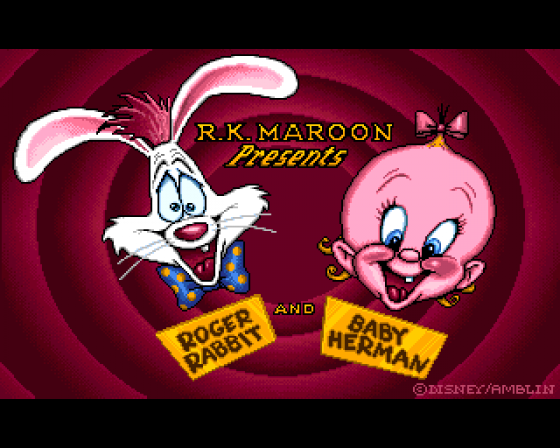 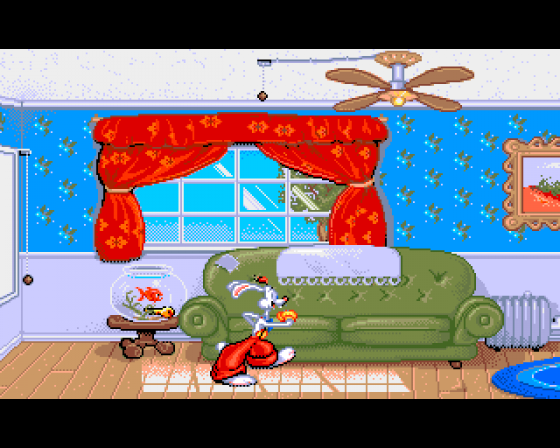 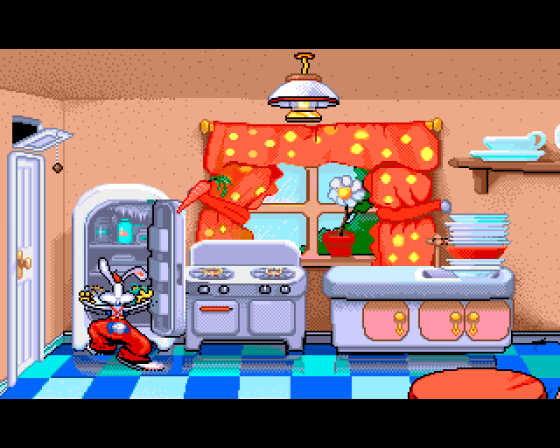 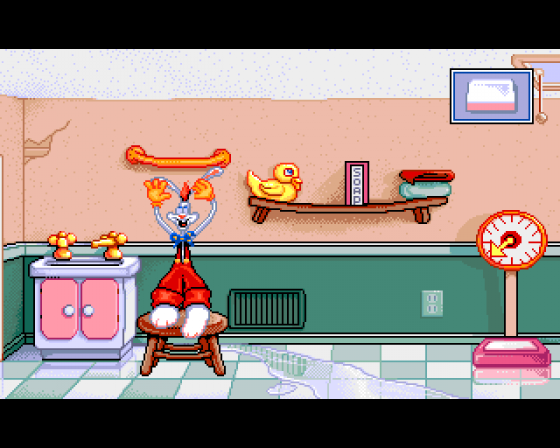 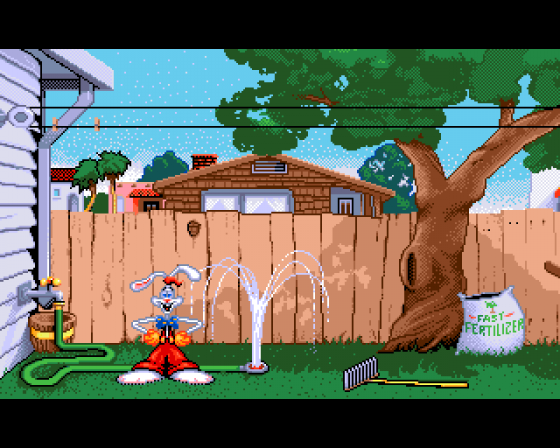 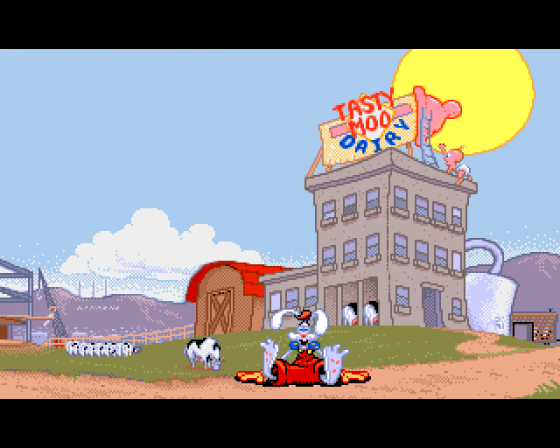 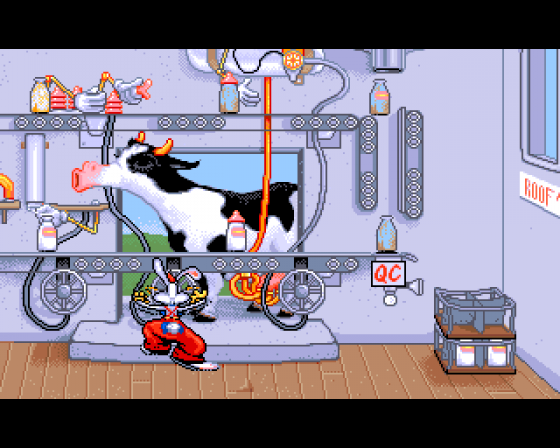