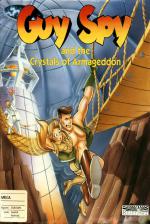 If Indiana Jones and James Bond had a son, he might look a bit like Guy Spy, although he'd probably be more entertaining. 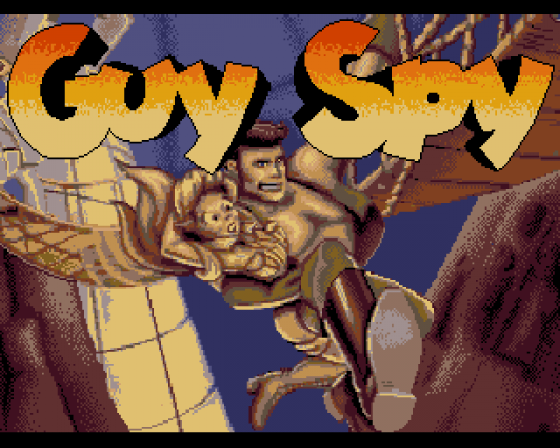 A picture, they say, is worth a thousand words. With that in mind, here are ten of the best pictures from the thirteen animated scenes that go to make up Guy Spy. So that's ten pictures at 1,000 words a picture. That's... er... five and one is six... carry the two... that's a grand total of 10,000 words. 10,000! Crikey, and I was only asked to write a thousand. Gosh, I hope they pay me more. Oh well, better go, I've got some shopping to do. Enjoy the pictures. Bye...

Ho ho, not really. That was just me having a bit of fun. You can't really blame me, I had precious little of it while playing the game. Guy Spy is the latest addition to that long chain of ReadySoft games - you know, the ones where Mr Gameplay hides under the seat, while big-spirited, slow-moving cartoon graphics do the driving.

True, one or two of the scenes in it were quite enjoyable, but most got tiring very quickly. True, it's an improvement on previous incarnations (Dragon's Lair, Space Ace et al), but singing its praises for that reason would be rather like knighting the Yorkshire Ripper because he's not as evil as Hitler was. If this game was a horse, it'd be a tin of Pedigree Chum served in a golden dog bowl. 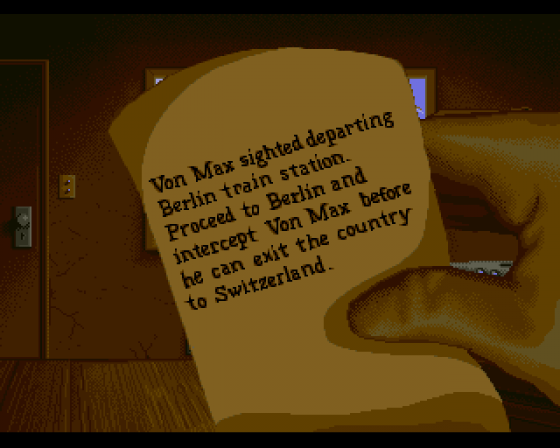 Ouch! Hatchet jobs might be fun, but any critical assault needs plenty of hard evidence to back it up. With that (and the libel laws) in mind, here are five fact-packed reasons why Guy Spy is - how shall we put it? - somewhat less than outstanding:

Speed: Because the graphics are so detailed, the sprites so big and the animations so complex, everything moves very slowly. A lot slower than your joystick hand. As a result, Guy is more often than not doing something you wanted him to do a few seconds ago, which you've since changed your mind about. Just a little bit annoying, that.

Difficulty: Infinite continues and full save-and-load facilities make it hard for Guy Spy to share a bed with the concept of long-term appeal. I got to level eleven (out of the thirteen) in two hours. Sure, it then got a lot harder, but being able to complete about 80% of the game in such a short period of time hardly signals money well spent. 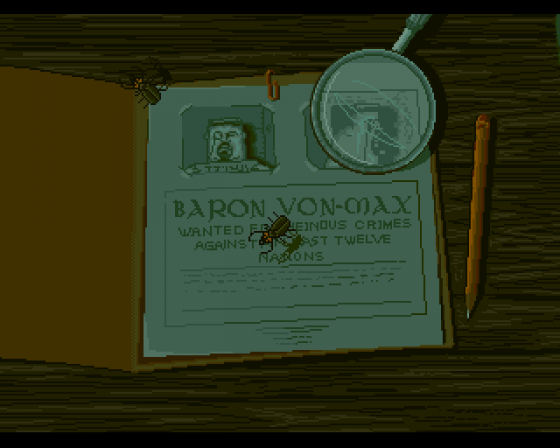 Constraints: Guy is limited to a very small number of moves, usually just three functions per scene (left, right, fire; duck, swing, jab; etc). Most of the scenes are single-screen affairs, with Guy only able to move in a small section of the screen. In a few he's rooted firmly to the spot. The vast amount of animation data needed for every move means you don't get many options to choose from.

Gameplay: The gameplay is certainly varied, with shoot-'em-up bits, beat-'em-up bits, maze sections and more. Because of the constraints, there's not a lot in the way of real playability (though more than in previous games of this type). A couple of the scenes are fun, a couple more are passable, but the majority are dull, repetitive types that you can probably complete by switching to autofire and going to have your tea. 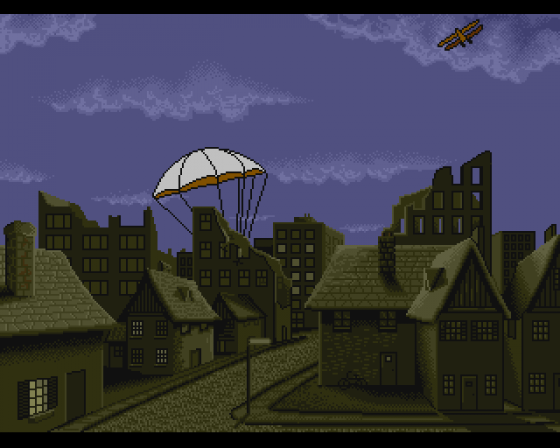 It's been said before, but not by me, so here goes... If I want to watch a cartoon, I'll get up at six o'clock on a Sunday morning. It won't cost me thirty quid, and I get to ogle Michaela Strachan too. In other words, stuff the graphics - give me gameplay. At least enough to make a game out of.

Sure, it looks great and it does have a certain amount of playability to it. However, there's little impetus to replay a scene you've completed, and therefore the easiness of much of the game makes it a bit of a lead balloon. Guy Spy has got a few things going for it, such as the fact that it indicates that ReadySoft are actually starting to realise that lush graphics do not, on their own, a game make. A couple more titles, expanding on the progress made here, may mean the Canadian developers won't be needing the rifle club and Jimmy Hill's home address after all.

Oh yes, and top marks for the gloriously camp way in which the Guy sprite minces around the pyramid maze. "That walk's got to be worth an extra five percent," remarked a passing Stuart Campbell. All right Stuart, you talked me into it.

Uppers: A few fun scenes and an overall move in the right direction. Er... Um... The free poster's quite nice.

Downers: Nice video, shame about the song. Too easy, too difficult, too slow, too clumsy, too dull, too repetitive, too limited. Too little.

Guy Spy is awful, but encouraging. This style of game might just work if the developers can keep pumping up the gameplay. 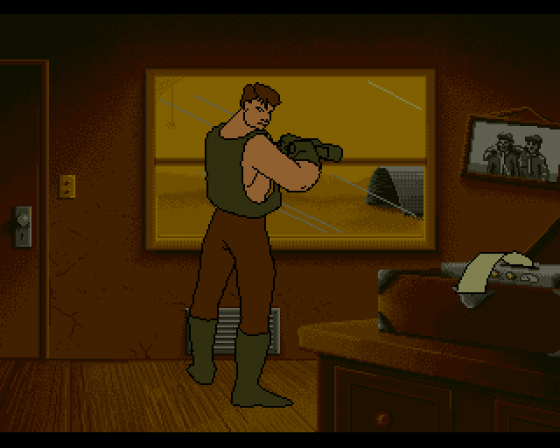 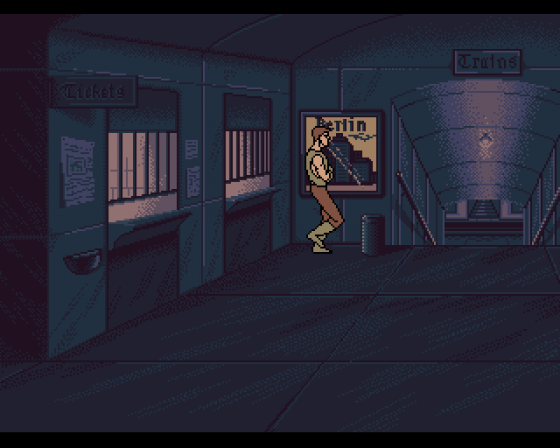 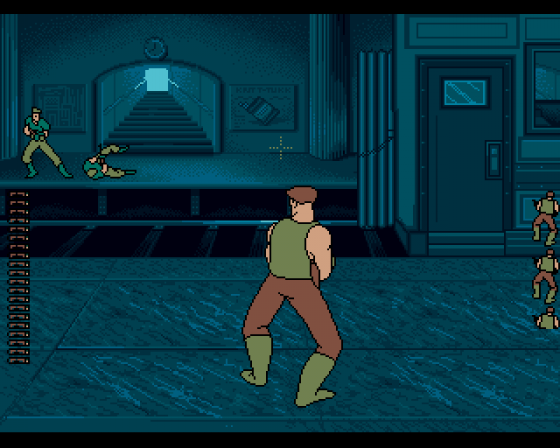 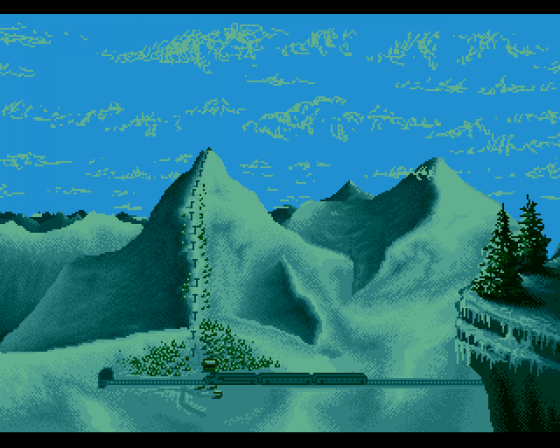 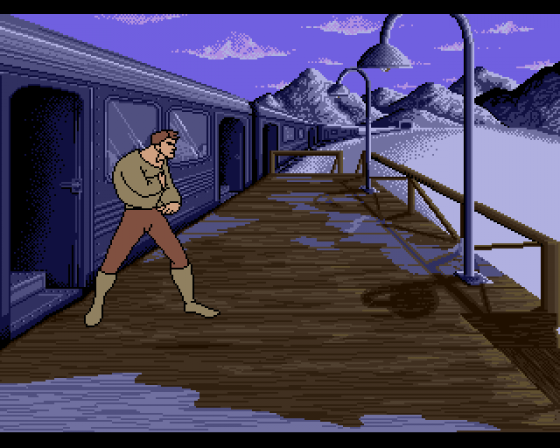 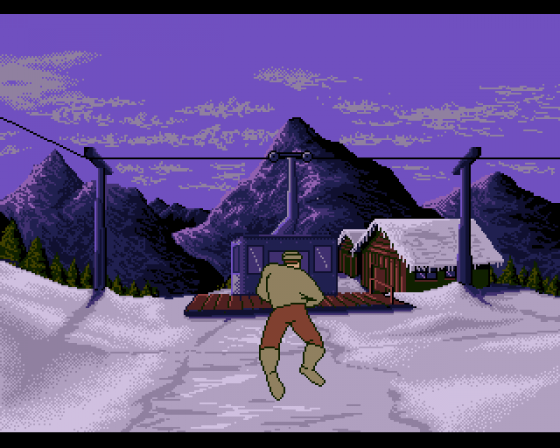