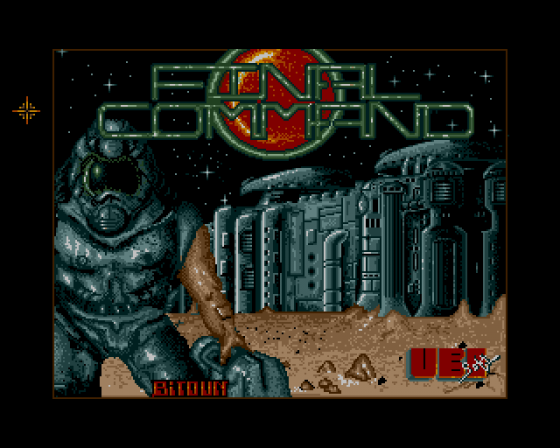 You seem to be able to get a decent budget version of just about anything these days - driving games, shoot-'em-ups, platform games, the lot. But how about puzzle-solving, adventurey, cinemary, call-them-what-you-will games? (You know - like Future Wars, or Monkey Island.) I certainly can't think of any worth mentioning, although I'm probably about to be bombarded with suggestions from all quarters of the office.

Okay, so Final Command isn't trying to compete with the likes of Future Wars, but the idea's the same. You've basically got to search around the screen for objects and solve puzzles with them. (The only thing is that the graphics are all static, so you don't get a bloke walking around. It's simply a matter of pointing at things with the cursor and see what happens.)

But everything's drawn in murky shades of brown, and not very well either, making it very hard to tell what's going on. Sound is limited to thoroughly inappropriate spot effects that bear no relation to the events taking place on-screen. The gameplay is of the strictly two-dimension variety - solve one puzzle and be presented with another one ad infinitum. And telling when you've managed to solve one is a puzzle in itself, as there's generally no indication (other than perhaps another ridiculous sound effect). 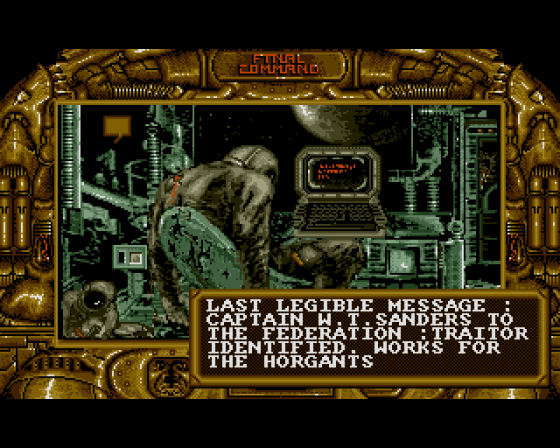 The manual's unintelligible. And the final straw in the coffin that broke the camel's back (or whatever) was that my cursor kept going all weird, until finally it disappeared altogether, leaving me no alternative but to breathe a sigh of relief and switch the thing off.

It's all a bit horrible, to be quite brutally honest, and more a test of patience than intelligence.

A deeply unsatisfying adventure-type thing that simply isn't worth the struggle.

A deeply unsatisfying adventure-type thing that simply isn't worth the struggle. 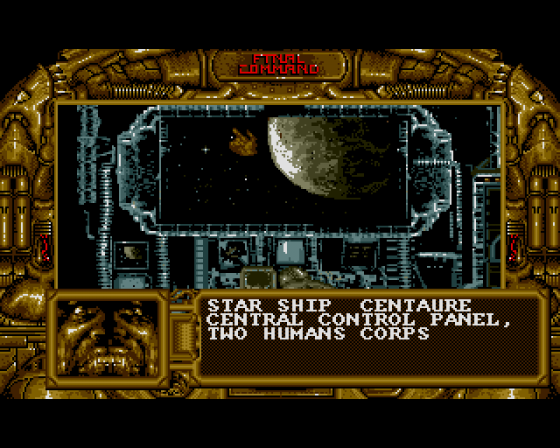