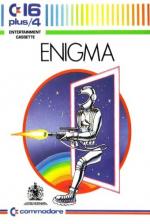 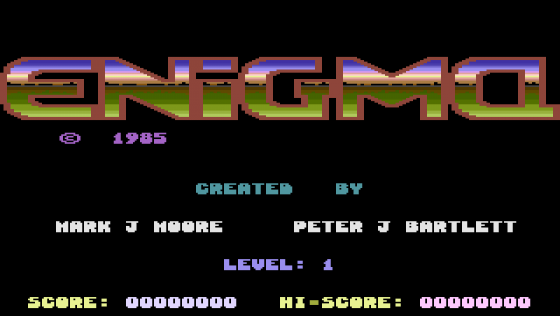 Enigma is a Berserk-type game. You know - a little robot, dozens of rooms full of nasties, and several keys to be collected. The original Berserk started out in life as an Atari arcade game, was converted to run on the video games console, and has since been copied on just about every home computer at least a dozen times.

Many of the highly sophisticated arcade adventures now on sale owe a debt to the basic room-exploring design of Berserk. It's a brilliant game idea that still works well.

Enigma is a very worthy copy of the game. Colour and graphics are used to good effect. 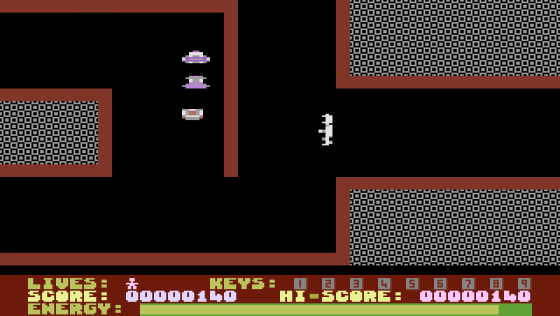 Each time you enter a new room the background colours change - which is rewarding and helps keep you interested.

Your robot is armed with a laser gun that spits out bright blue shots in the eight different directions of the joystick.

One of the most enjoyable bits of the game is where you enter a room full of nasties - you can spin your joystick through 360 degrees, blasting all the nasties in one go.

This is a bit risky, though, and it's probably safer to pick them off in ones or twos.

When you have collected all the keys the game is won. Each time you get a key, it registers on a panel at the bottom of the screen - and with a bleep from the C16.

If you liked the original Berserk game then you will like this too. It's encouraging to see Commodore supporting the C16 with some good quality games.

If you liked the original Berserk game then you will like this too. 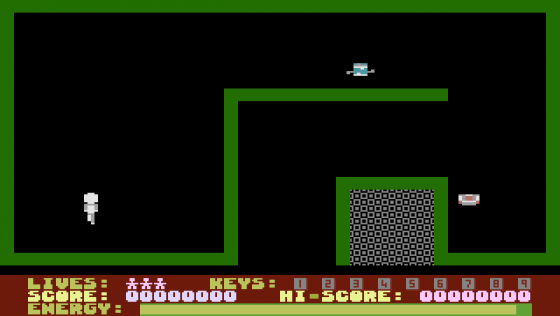