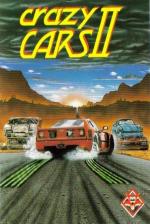 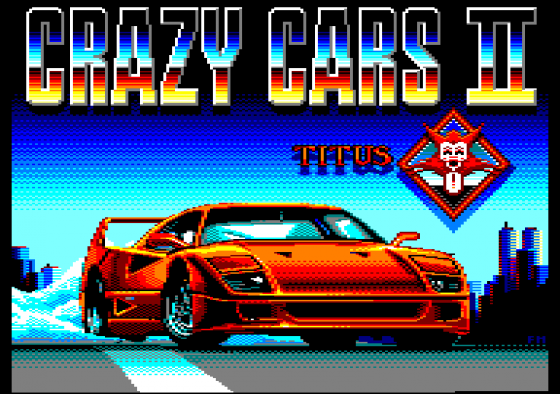 Have you ever had that feeling that everbody is corrupt and if you want some good doing, you'll have to do it yourself?

Crazy Cars II is a sequel in theory, but should be classed as a brand new game in practice, because the game that it follows was so absymal as to deter people gambling on more of the same. This is a shame because CCII is far superior, and is in fact an excellent driving game in its own right.

The plot is rather more detailed than the average racing game, with lots of moral action. It's these cops see, they've decided to earn a small retirement fund by stealing cars and reselling them (to their original owners no doubt). You, in your Ferrari F40, have decided to stop this corruption by driving to the very root of the organisation and bringing to light their devious ways. 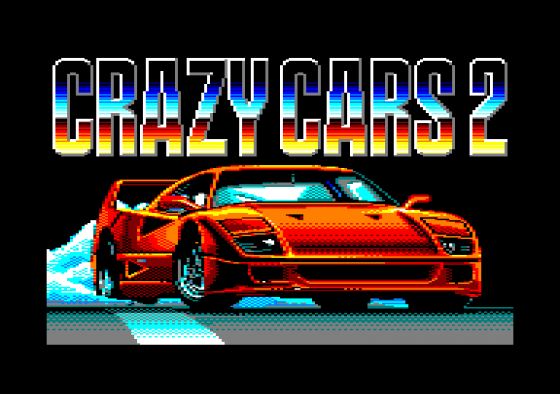 There are also honest cops who do not appreciate your speeding, so you'll have them to contend with too. And all this nail-biting action takes place in four American states, with highway numbers and city-points to aid your progress.

Like other games in the genre, the controls are very basic. Forward on the joystick accelerates the automobile, with other directions also corresponding to their obvious actions, and the car carries two gears to interchange with. This provokes one small problem, when you're zooming along at over 300kph there is no real feeling of speed, but we can't have everything perfect, can we?

Other obstacles featured in the game (apart from other cars) are the pylons that line the sides of the road and the occasional road block. The latter must be driven around, else you will explode, wasting valuable time, which is the name of the game (not literally, of course). When you have hit too many of the smaller hazards, this will also cause you to burst into a ball of flames (nobody said it wasn't painful).

Luckily, a map of the four states of America that are involved, is included with the game, so navigation is made slightly easier. Every now and again, a small road will come up that will lead you onto another highway, and this is how to get from point 'A' to point 'B'.

Graphically, Crazy Cars II is superb. The sprites are large, chunky and move very smoothly and the backgrounds are very colourful. The sound is also very impressive, with police sirens wailing as their cars sneak up on you. Also added, as a bonus (on the disk version, anyway), is a sampled piece of music.

Crazy Cars II is the most strategical racing game to be released on the Amstrad, and is easily the best yet (even better that WEC Le Mans), one sour point, though, is that there is a terrible bug that can occur, which makes any further play impossible.

This does not happen every time, but can get slightly annoying, maybe this will be corrected, and if so CCII will be the king of the roads.

Crazy Cars II is the most strategical racing game to be released on the Amstrad, and is easily the best yet. 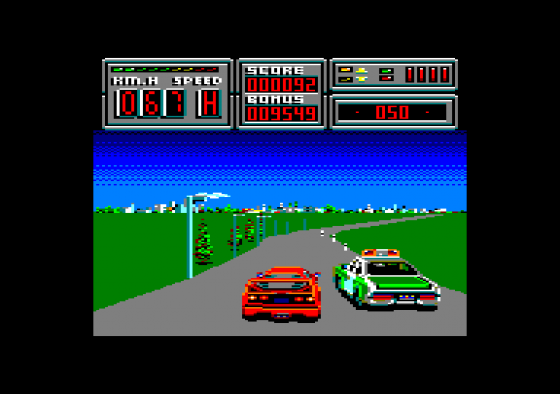 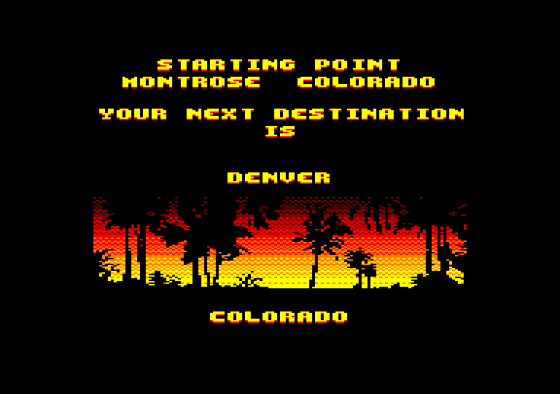 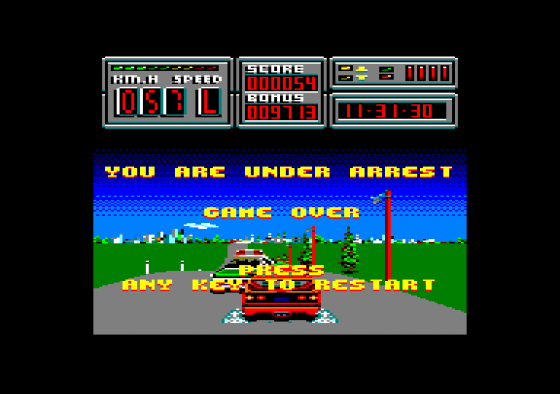 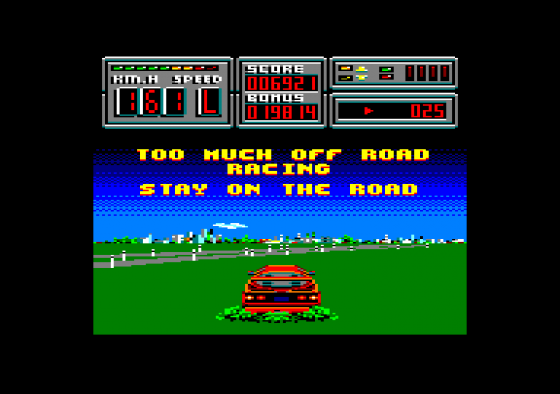