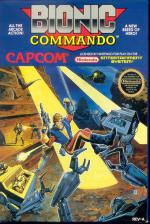 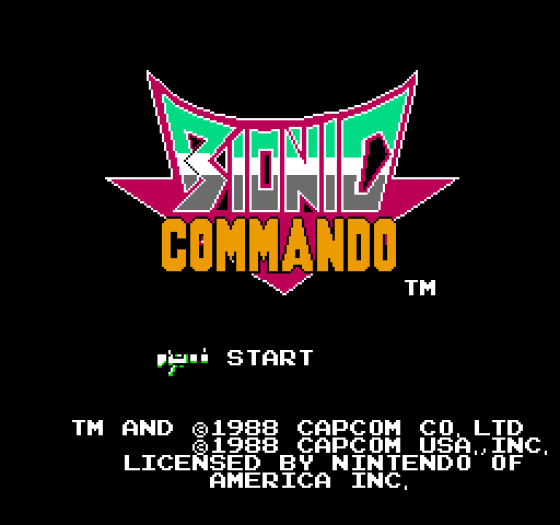 Super Joe Crack, the star of Commando (Capcom's arcade hit of yesteryear) has been captured behind enemy lines! For a mission too tough for even a veteran warrior, you need to send in a superior soldier. Enter the Bionic Commando - a cyborg so menacing he can make any enemy's trousers turn a nasty shade of brown...

Not surprisingly, it's you that takes control of the mechanised mercenary, who must travel into hostile territory dealing out vast quantities of death and destruction (what else?), as well as contacting undercover agents on the way to rescuing Super Joe.

The digital mayhem is displayed via an eight way scrolling landscape - mainly consisting of some very nice scenery and platforms. There's loads of enemy troops on the look out for marauding commandos - and all of them are crack shots with their zap guns. Add to that, the inhospitable territory and the sheer vastness of the enemy's bases and installations, and the chance of success are not very good at all. 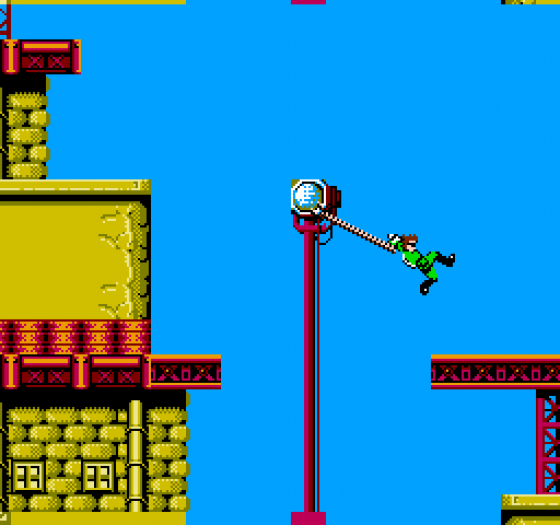 Nintendo Bionic Commando differs from the coin-op original in a number of ways. Although the general platform gameplay remains very similar to the original, you'll find a number of additions in this NES interpretation...

Top on the list of our hero's essential kit is his Multi-Purpose Extendo-Matic Bionic Arm. It's the biz for reaching platforms that are too high to reach by foot, and it can be used for collecting any goodies that vanquished foes may care to leave behind.

Another use that this mechanical wonder possesses is the ability to give enemy troops a good bionic smack in the gob! 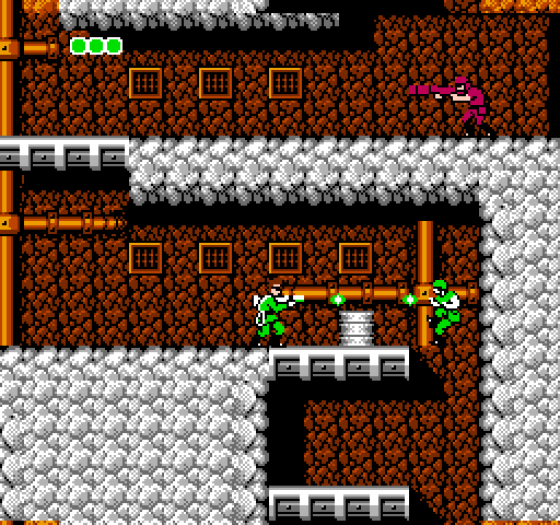 Well, here's a thing that wasn't to be found in the arcade original - a bit of strategy! On the tactical map, the Bionic Commando's progress through the zones is charted and you can keep tabs on enemy patrols - essential for planning a mission free from unnecessary entanglements.

Plenty of clues on locations of weapon dumps and even information on the captive Super Joe Crack can be revealed by contacting undercover agents in the Communications Rooms. You can also patch into enemy comms and see what dastardly plans they've got lined up for you...

Select a destination on the tactical map occupied by an enemy patrol and you instantly find yourself in a solo raid situation. Travel up the vertically scrolling screen Ikari Warriors style, blasting all and sundry in order to progress. 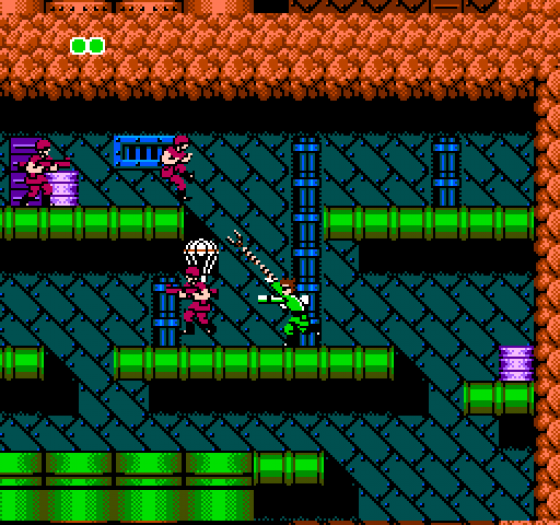 Wow! Here's a game to get your teeth into! Bionic Commando is touogh from the start, and within minutes you're screaming your head off and hurling the joypad around with frustration (well, I was)!

However, if you can rise to the challenge, the game has plenty on offer - the combination of arcade action coupled with a bit of strategy works very well indeed, and the bionic arm adds a whole new dimension to the gameplay.

I must say that even though it's tough, Bionic Commando is an addictive and enjoyable game with plenty of lasting appeal - try it out if you're after a real challenge. 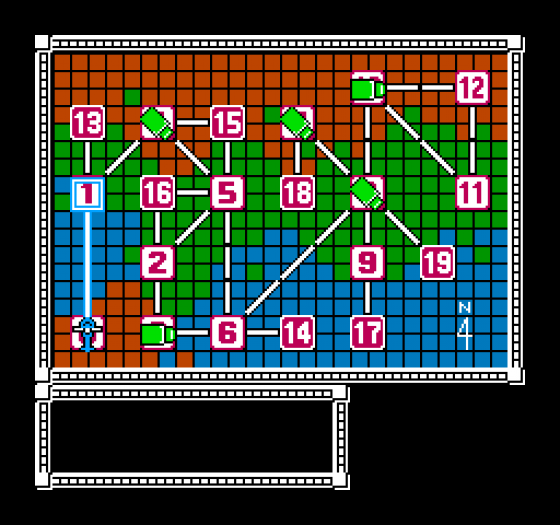 Arrrgghhh! What an amazingly frustrating game! You're going to need near god-like gamesplaying prowess in order just to progress past the first level!

But difficulty level apart, you can't deny that Bionic Commando is great to look at, sounds groovy, and has a large, juicy dollop of playability on offer - enhanced by the superb bionic arm.

You can't fault this game's depth either as there's a huge variety of levels to conquer. Unfortunately, the absurb difficulty level coupled with the lack of continues may well stop you from ever seeing the treats in store in the later levels. 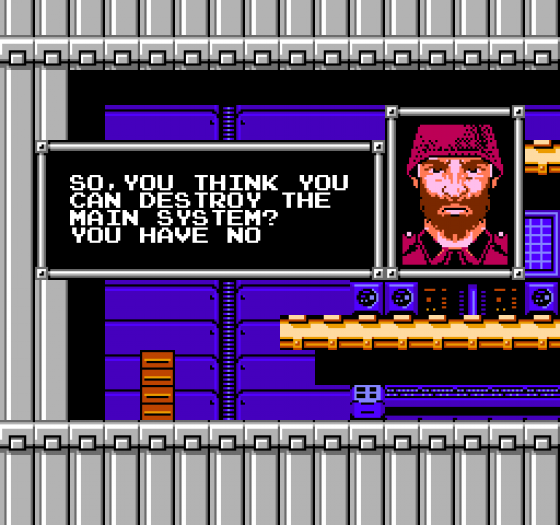 Presentation 86%
Plenty of slick presentation screens and a decent, polished feel to the game itself.

Sound 79%
Nice tunes and effects similar to the coin-op original.

Playability 80%
A marvellous bionic arm to play with, but the extreme difficulty puts a dampener on the proceedings.

Lastability 81%
A huge amount of levels to be beaten in this one. 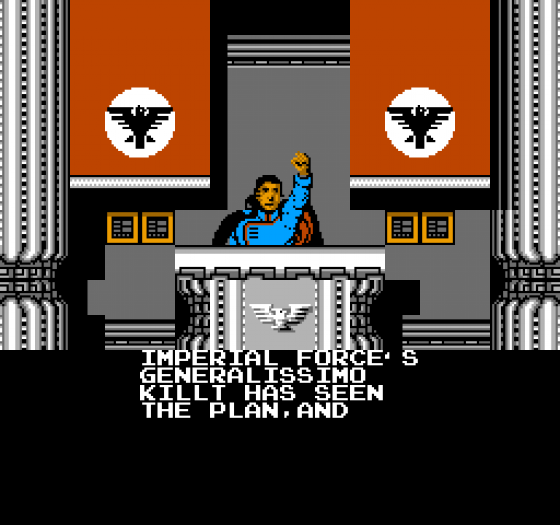 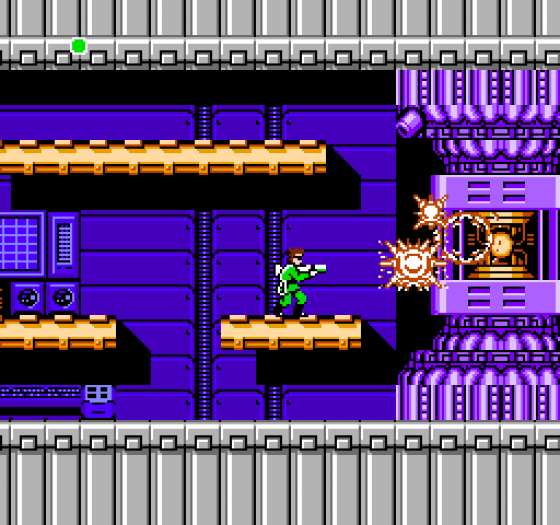 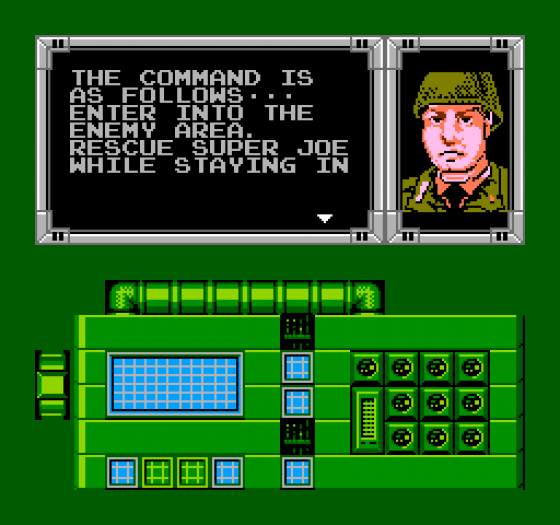 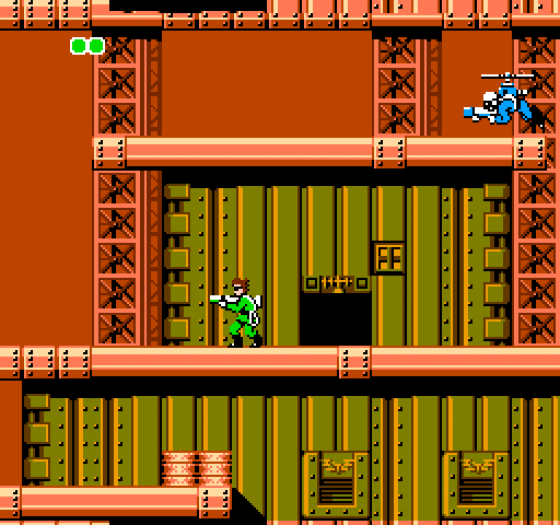