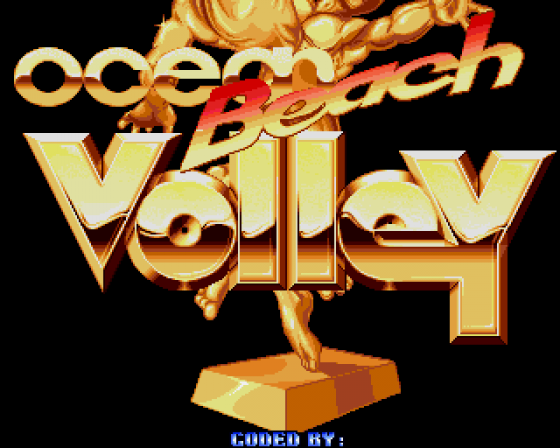 This was one of the first Ocean games to be aimed squarely at the ST and Amiga market, although just why the Manchester software giants imagined that it would take 16-bit processor power to produce this two-a-side volleyball game is anyone's guess.

Then again, the multiple frames on the beautifully animated characters must have gobbled up bytes, as must the appalling "rock 'n roll" tunes and the cute animated interludes between screens as your team travel all over the world in order to jump unfeasibly, and occasionally knock a ball about a bit.

On the other hand, it's difficult to imagine the barren gameplay being too memory-intensive, and programming lots of tricky moves and interesting extras clearly wasn't a worry. Nope, I can't see why this game couldn't have been done on 8-bit machines - indeed, I seem to remember there was some talk of it at the time, but the versions were too crap to release (or something).

Whatever, as a reviewer of Amiga software, I don't half wish it had.

It's incredible that this was once a whopping £25. Don't let the cartoon graphics trick you into buying this poorly-disguised variation on a poor tennis game.

A poorly-disguised variation on a poor tennis game. Two teams of cartoon characters travel all over the world in order to jump unfeasibly, and occasionally knock a ball about a bit. Sad. 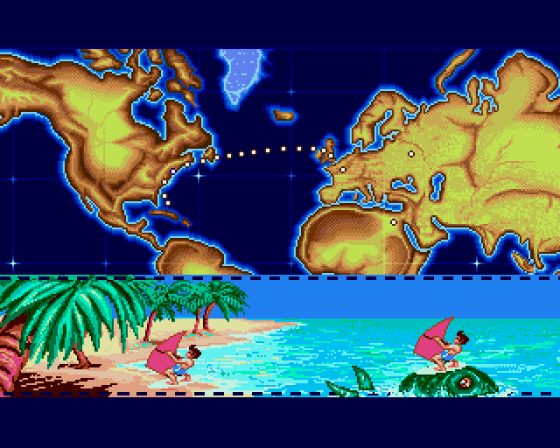 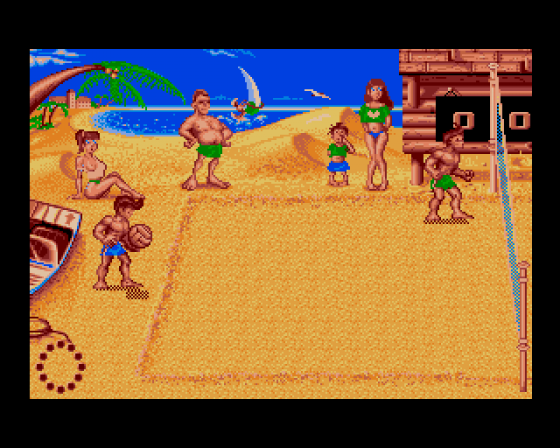 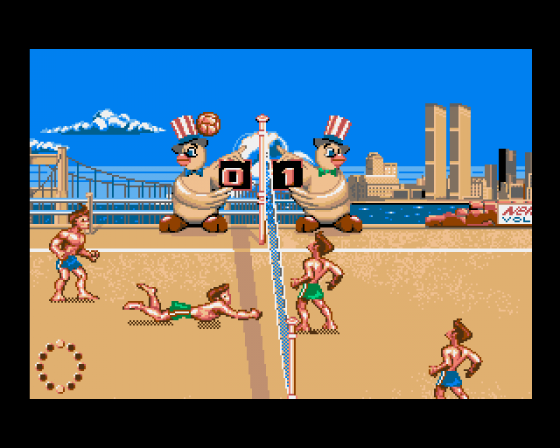 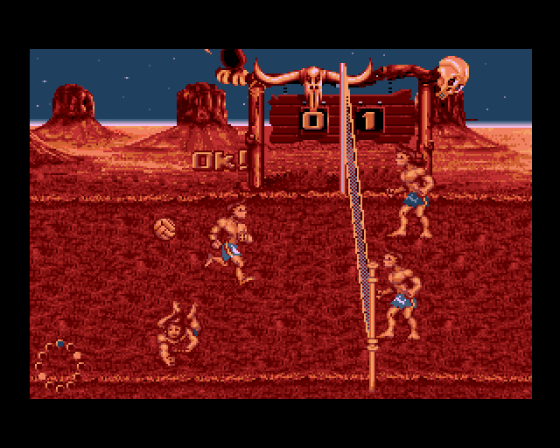 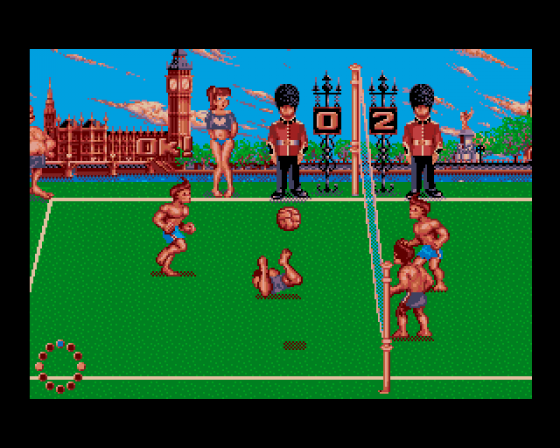 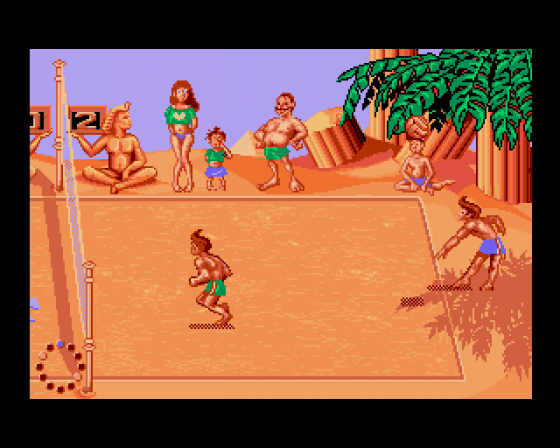 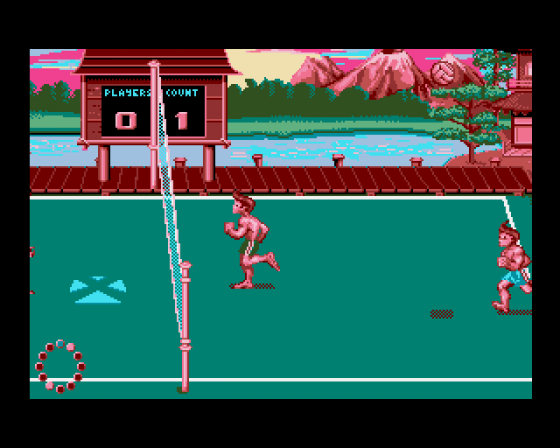 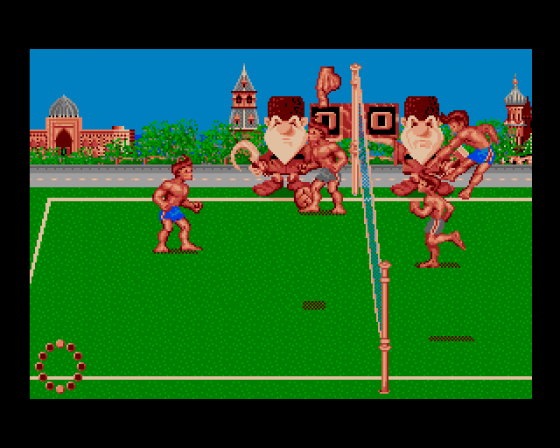 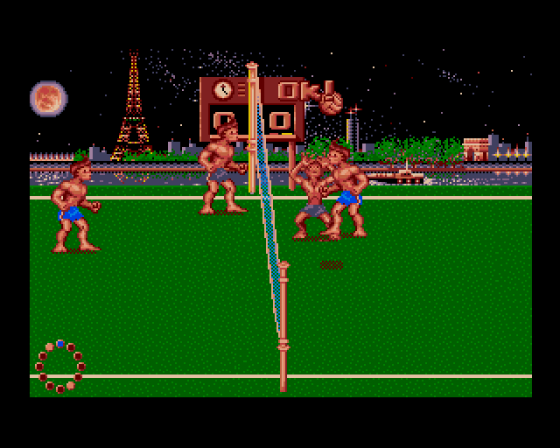