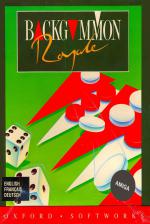 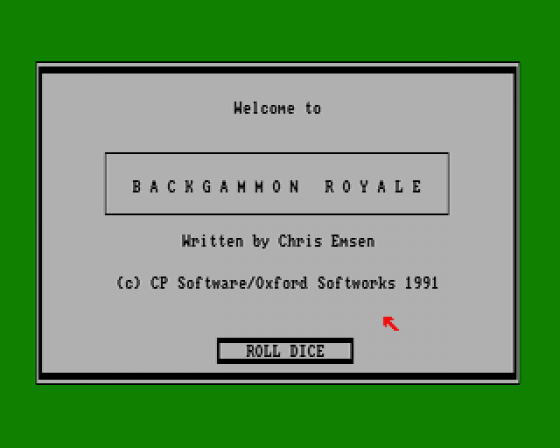 Of course, I've never played Backgammon before in my life. Just as, until I joined the Amiga Power reviewing team, the pleasures of wargames, adventure games, RPGs and weird foreign titles had escaped me. But there's a first time for everything, so I sat down with the 'Rules of Play' section of the manual and determined to discover just how all those black and white zigzags and counters fit together.

Several hours later, with the manual wedged firmly in the bin and the Amiga quaking with my every touch, all I'd discovered was that Backgammon Royale is no way to learn how to play Backgammon. The rules, while actually being very simple (as I eventually discovered from a helpful friend) as so badly explained and encrypted with jargon that newcomers would probably find more of relevance in an Argos catalogue. This is clearly for experienced Backgammon players only (or ones with 'experienced' friends).

And even then, who's going to want to sacrifice the feel of wood and felt (or whatever) for that of Backgammon Royale's crude, computery interface? Assuming you do, you'll be pleased to find all the features you'd expect - saving, taking back moves, but no 'suggest move' option, something that might have helped beginners. You're also likely to find your computerised opponents remarkably easy to beat (within the constraints of a largely luck-based game). So, er, there we are.

All the bits are there, but it seems a little pointless. And the manual is terrible.

All the bits are there, but it seems a little pointless. And the manual is terrible. 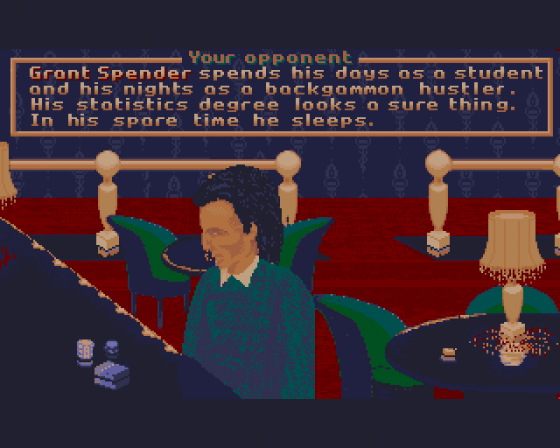 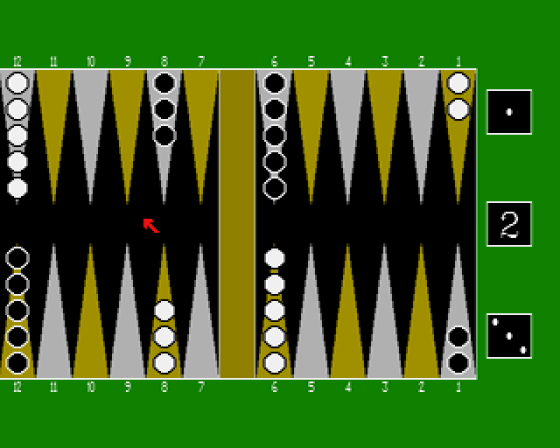 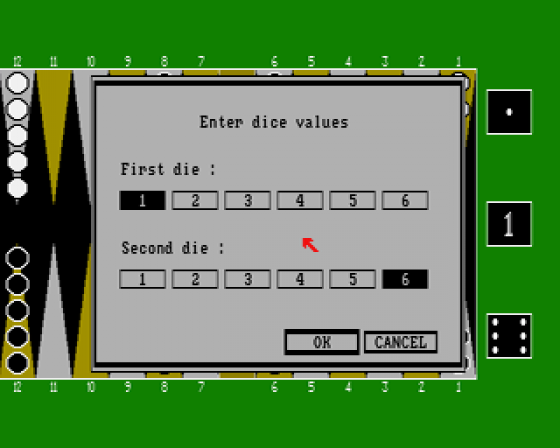