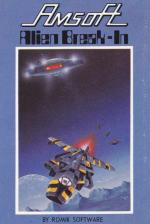 This could be described as a non-stop shoot-out. People who like this sort of game where lives are abundant and rarely lost are few and far between. I cannot say much about the game, except that it involves shooting-down aliens which are variously revolving fried-eggs on legs, blue fried-eggs on legs, eggs on their own, tiny missiles and a sausage with a mouth. Let's hope that, once they've broken in, they'll go home again.

I cannot say much about this game other than let's hope that once the aliens have broken in, they'll just go home again. 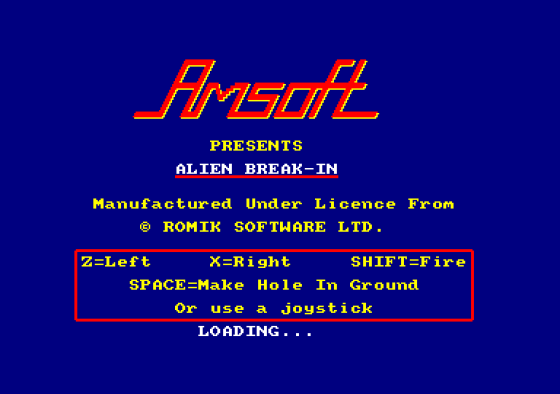 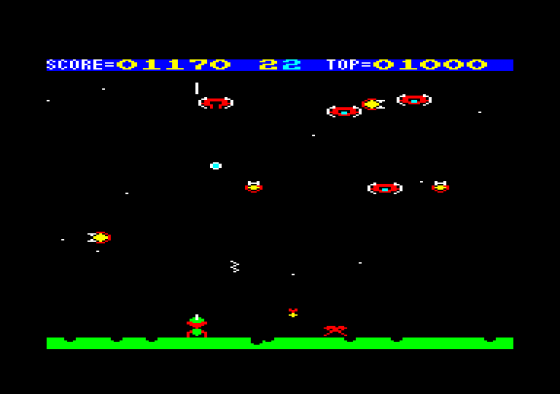 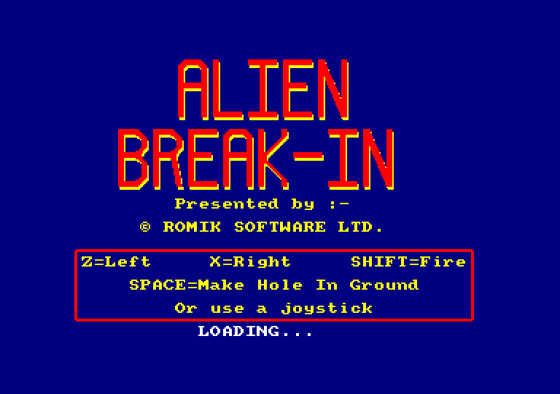