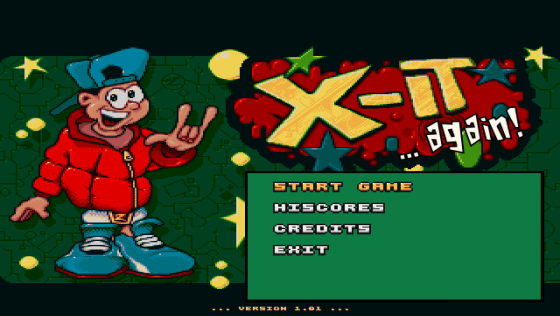 The original X-It was one of the last commercial releases for the Commodore Amiga (as well as being one of the final games published on the 16-bit platform by Psygnosis), so it's no surprise that it's a relatively unknown title. However, what is surprising is that for a game that is essentially a Sokoban clone with added bells and whistles, X-It is actually pretty damn good - making Puzzlehouse Finland's PC remake a welcome addition to any puzzle-gamer's collection.

Released back in late 2006, X-It Again is a faithful port of the Amiga underdog, featuring all of the 120 original levels and complete with bonus rounds. Ignoring the somewhat inane alien-abduction plot, the player's goal in each level is to guide Bill to the exit tile, the aforementioned Sokoban reference being relevant as you'll need to manoeuvre blocks around each map to fill holes that are obstructing your path. It starts off simple enough, but it's not long before new blocks, tile-types and additional items (such as teleporters, keys and explosives) are introduced to the game making the later puzzles far more complex. The learning curve is fair, and although I temporarily found myself stuck on a few stages it was never the result of poor level design, but rather the fact that I'd overlooked something or had become distracted by one of the game's many red herrings - quite often a simple solution is made to look more complex via the placement of unnecessary blocks and items.

The game is very professionally presented, but then it's hard to go wrong with the original Psygnosis graphics and audio being so good. Control is via the keyboard only, using cursor keys for movement and the spacebar for performing certain actions (such as setting the timer on explosives) - and this somewhat restrictive control method is the only short-coming I came across when playing X-It Again, the lack of joypad support is disappointing as it would have really added to the console-feel of the game. The status bars and HUD have been completely re-designed (as have the level selection screens), and although the use of differing resolutions is a little glaring, it's all very well implemented and it's clear that a lot of love went into creating this remake. You really get the impression you are playing a full, commercial game from the 1990's rather than a fan-made re-imagining. 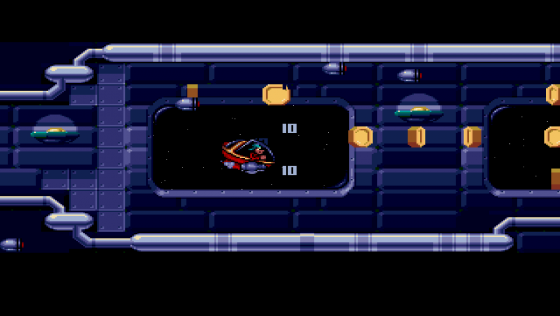 There are a total of six worlds, each consisting of fifteen puzzles and featuring different tile-sets and graphics, and upon completing the final level of each world you are rewarded by a neat little cave-flier bonus round that's almost worthy of a remake in itself. A clever little addition to the game is the implementation of user profiles - progress is saved automatically meaning that you no longer need to worry about keeping a list of passwords, although you'll still need to complete a series of levels in a row to qualify for a place on the high-score table.

X-It Again is a fantastic remake of an overlooked original title - the gameplay is spot on and what it lacks in originality it more than makes up in style. However, the kudos for all of this really goes to the original game's designers rather than Puzzlehouse Finland, who've essentially created a faithful port of a game that was good to begin with, complete with ripped graphics and audio. That said, it is refreshing to see a remakes team chose such an obscure title to cover in the first place and hopefully as a result the original game will get the exposure it deserves.

(Note that as the game controls are not comprehensively documented I've provided a list of keyboard commands below).

A fantastic remake of an overlooked original title - the gameplay is spot on and what it lacks in originality it more than makes up in style. 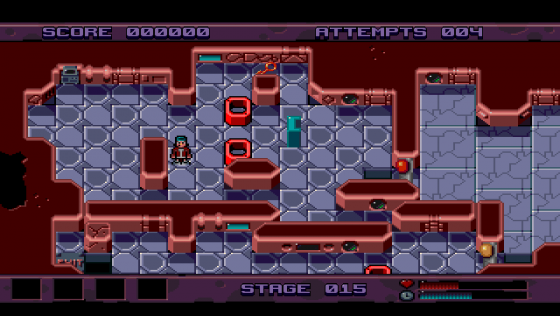 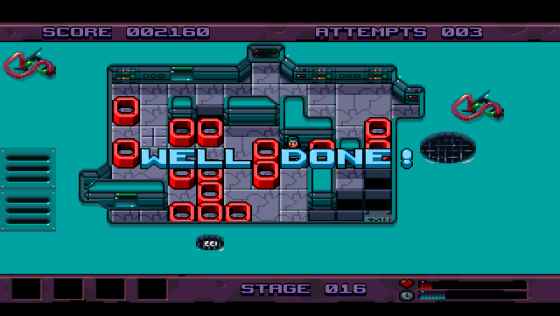