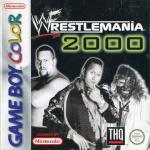 The game for people who want a terrible time! 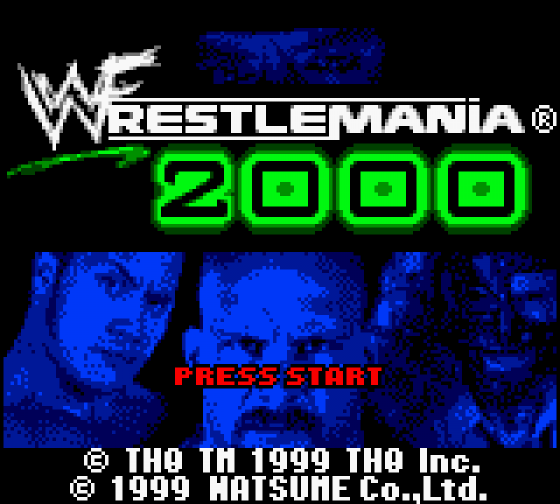 Let's get rrrready to rrrue the day you ever bought this game! At the risk of being paid a visit by The Undertaker and his beefy comrades, nobody deserves to have to get through an entire bout of Wrestlemania 2000. Sure, the game's designers have given the buyer a quite impressive assortment of fight options and different game types, but the simple action of each fight is excruciatingly unentertaining.

Each fighter, whether it be the frankly disturbingly muzzled accountant known as Mankind, or the apparently super-cool figure of The Rock (out of a measly choice of seven), wanders aimlessly around the ring, each pixel clashing against the other as if the fighters were two mad robots walking on ice.

The sound effects and music would be laughable if they weren't so tooth-grindingly annoying, and the graphics are roughly to the standard of a ZX Spectrum. Possibly the only thing WWF Wrestlemania 2000 has going for it is the two-player option, but ask a friend to join you in a game and they'll never speak to you again! 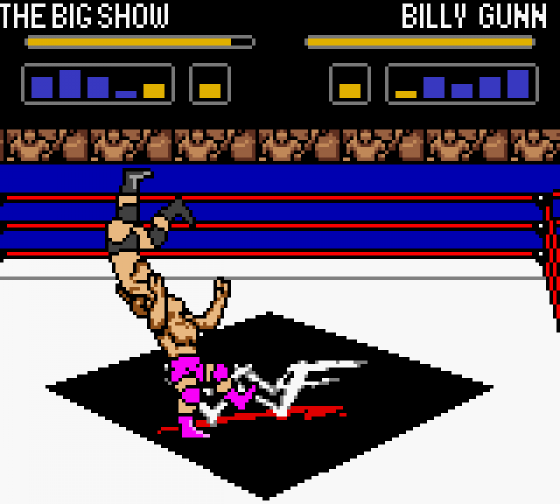 All in all, a depressingly boring fighting game that proves that game designers think they can get away with anything if they stick '2000' in the title. Doesn't make it any more playable!

Graphics 20%
There aren't many worse than this.

Playability 50%
Other games are more tempting.

A lame, boring beat-'em-up. The sound effects and music would be laughable if they weren't so tooth-grindingly annoying, and the graphics are roughly to the standard of a ZX Spectrum. 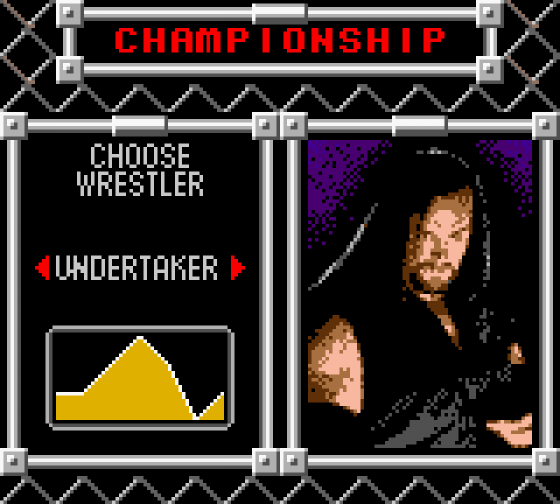 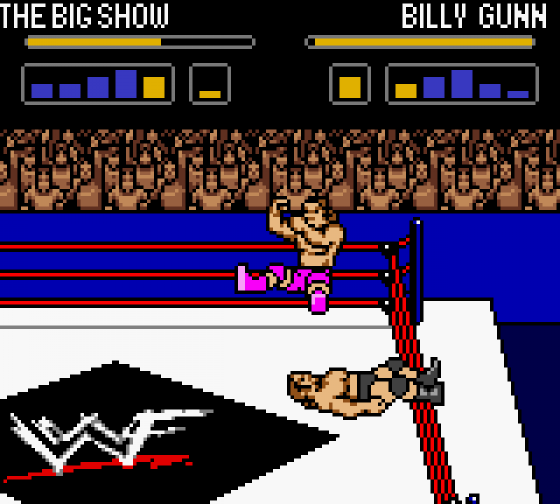 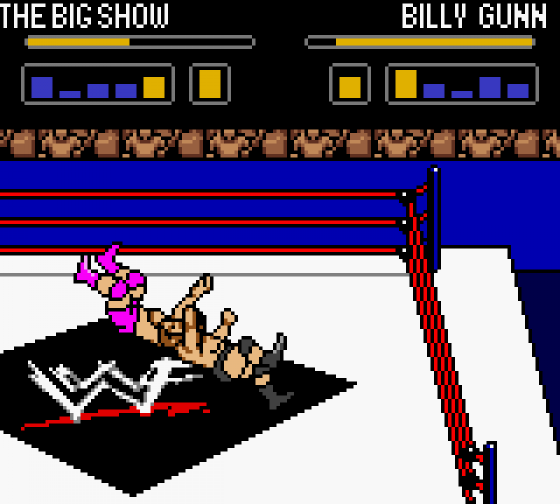 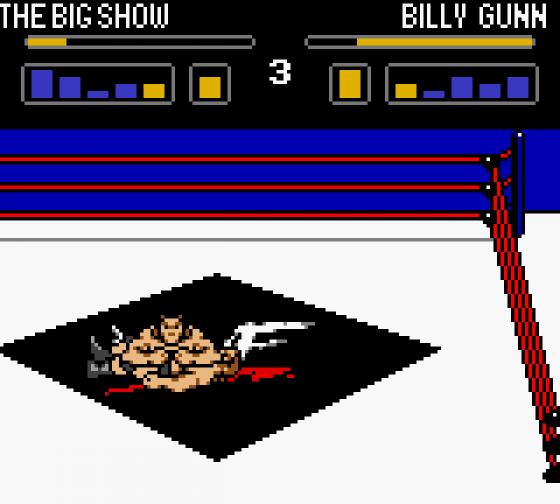 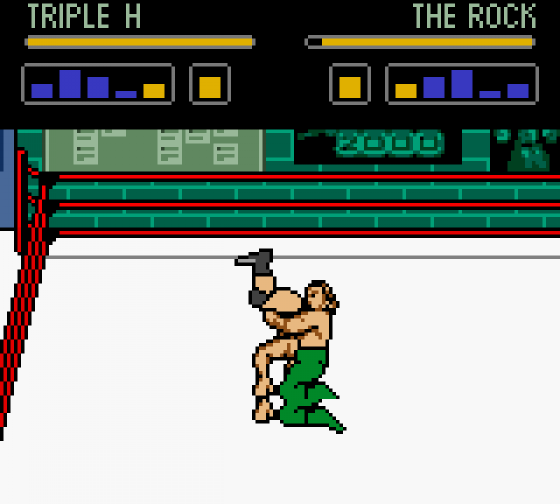 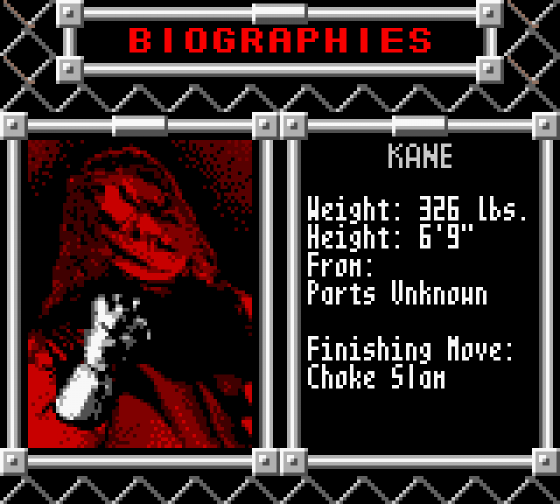 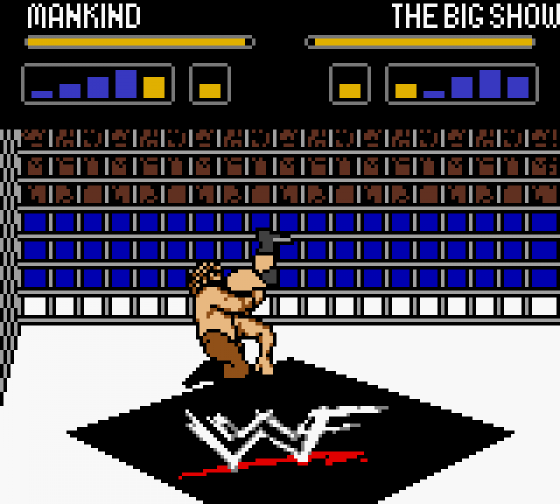 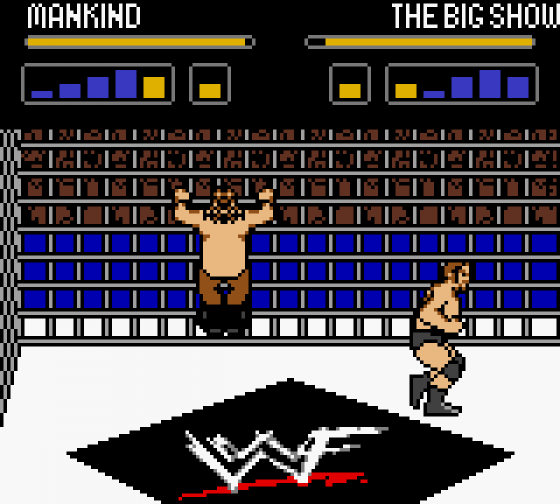