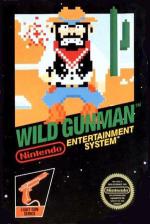 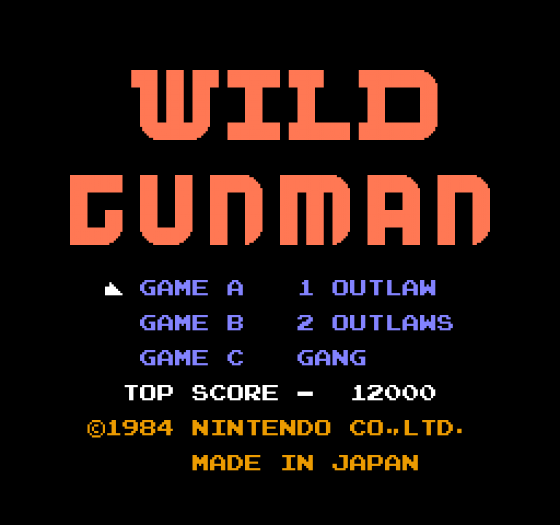 Wild Gunman is yet another oldie from Nintendo but, despite its repetitious nature, it's one of my favourites. Nintendo's version of the game must be played with the light gun, and there are three types of action.

Game A takes place in the desert where a number of rogues are after your blood. They come onto the screen one by one - they turn, their eyes flash and they should 'FIRE'. The timer starts and you've got to have them already lined up in your sights to stand any chance of hitting them between the eyes. Your opponent will blow you away if your hand shakes or your finger twitches for just that second too long. 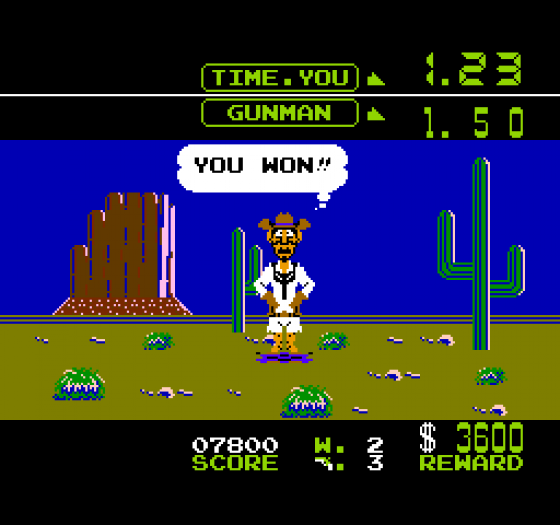 Five characters are involved in the plot to gun you down. If you're lucky, though, you'll knock off the Mexican and man in black, floor the Butch Guy, and have the tall, thin one drop his pants.

Game B is more of the same, but you have to contend with two gunmen who draw at the same time. They do take a few seconds out between yelling 'Fire' and drawing their guns but you have to be pretty steady with the gunsight if you want to hit both between the eyes.

Finally, Game C changes scene to the front doorstep of a saloon. You have a limited number of bullets but, unlike the other two games, you can use more than one shot on whoever steps out of the wing doors and draws...

The most competitive of the three games is B - I regarded A as a practice range - but, because the game is so repetitive, it's great to be able to switch to C, and a different location. It would have been better if the game action was more varied - gunmen on horses for instance - but you can't have everything when you're trying for coin-op realism, even if it is antiquated action.

But, with luck, Nintendo will soon be rid of its back catalogue stuff and we'll see some real action.

It would have been better if the game action was more varied - gunmen on horses for instance - but you can't have everything when you're trying for coin-op realism, even if it is antiquated action. 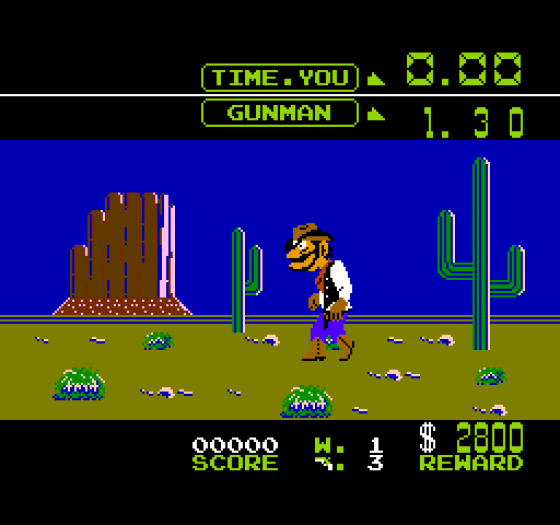 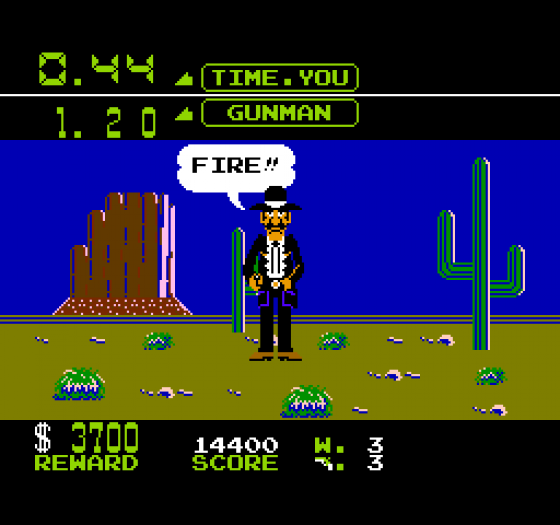 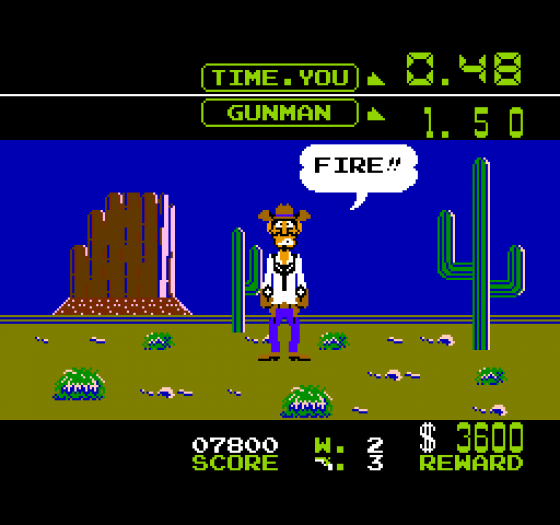 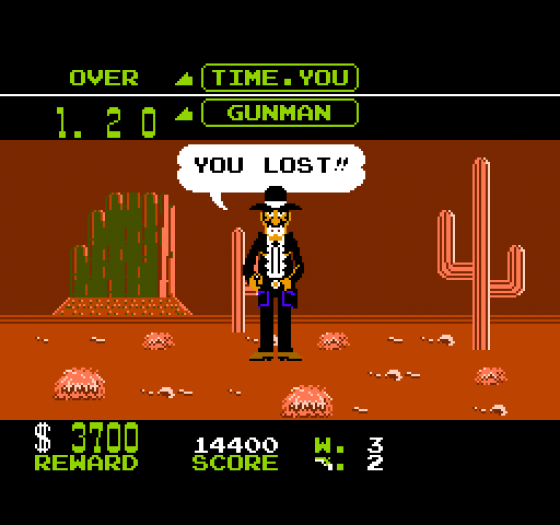 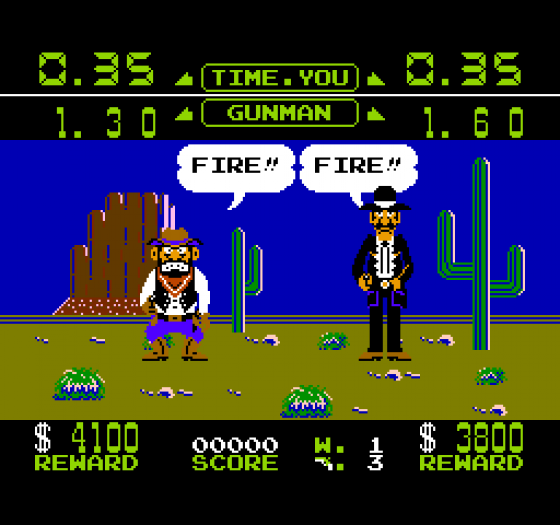 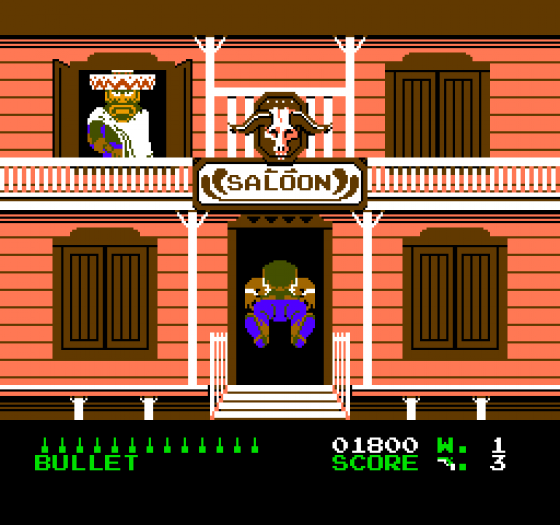