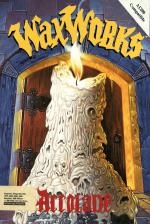 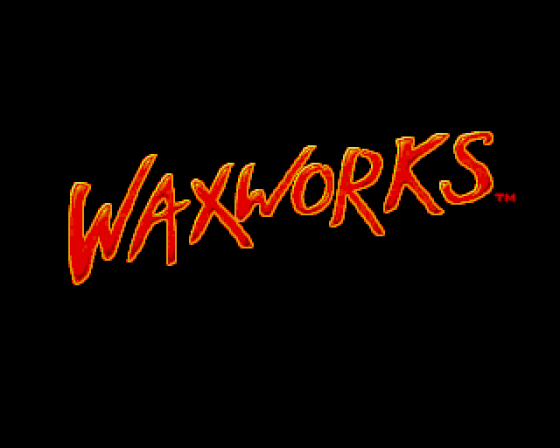 If I had any say in what should have been number one in the games charts last Christmas it would have been Waxworks, in a joint first with Darkseed. But I think there would have been a serious outcry from the parents of young children if they had all rushed out and bought Waxworks.

Seeing your five-year-old child bursting into fits of giggles on seeing the semi-severed head of one of Jack the Ripper's victims is probably not how most parents would like to spend their Christmas. I think it should be stressed that although Waxworks is an excellent game, it won't appeal to everybody and some people will find it completely offensive. Many of us in the office are still baffled as to how the game got on to the shelves without it having an age certificate attached to the box. But who are we to decide what should and should not be available to the public? I wouldn't wish Biffa on any unsuspecting member of society.

The composition of Waxworks is brilliant. The programmers have taken basic elements from adventure and arcade games, combined them with some truly inspired graphics programming and come up with one of the most devilishly hard games I've seen in well over a year and a half. It's basically an adventure game, but it's split into four different scenarios instead of one huge one. This serves to keep the gameplay fresh and the graphics interesting. 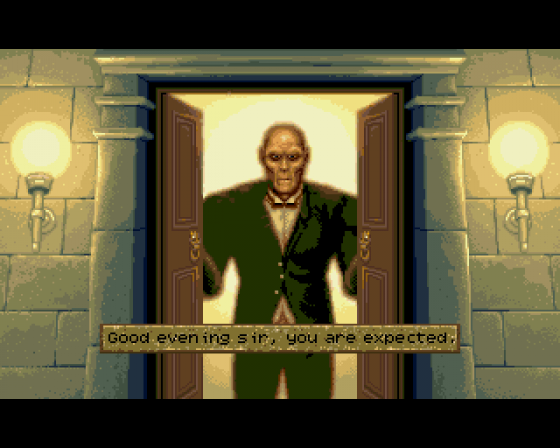 In each scenario there is one large monster you have to kill - this monster is actually the evil spirit of your twin brother which has overtaken the waxwork which you have chosen to enter.

The first of these scenarios is an Egyptian pyramid which you have to explore. As ever, there are various things that are there to hinder your progress, in this scenario it is the pyramid guardians who will hack your bits off at any opportunity. There are lots of rooms and things to explore, and there are always lots of other items like weapons and so on that will help you but it all boils down to a maze game, so it's always a good idea to keep a map.

In the next scenario, it turns out that you are Jack the Ripper. It was in fact your evil twin brother who had killed the little girl lying in front of you, but the police don't know that and they have seen you near the body, so you are a hunted man. 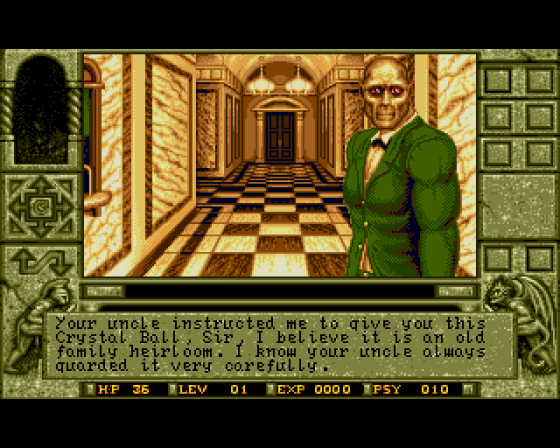 Again, it's a bit of a maze. Belting round the streets of 18th century London, you're bound to get a bit lost now and then, aren't you?

This section is probably the most graphically stunning part of the game. You can even climb up one of the roofs and look out across the Thames. The main thing you have to worry about is the police - stay in the same place for too long and that's it, to the gallows with you. That's why the first thing you have to do is find yourself a disguise.

And it's not just the police you can run into, you can also get beaten to death by the angry mob which the daughter's father has put together. If you get really stuck at any point in the game, you can call on your deceased uncle who communicates to you through a crystal ball which you have in your possession. 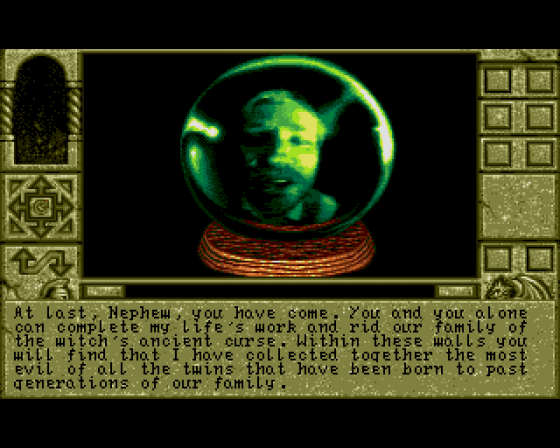 I know it sounds a bit silly but it really is done very well - you even have that animated face of your uncle's mush talking to you.

The next scenario is mine-infested with killer plants and mutations which are dying to give you horrible infections that will kill you in seconds flat. To protect yourself you have to find a plant sprayer filled with insecticide which I found quite hilarious. Then you have to take tools and other equipment from the bodies of the ex-mine workers who were unlucky enough to get tangled up with the rouge plant and its friends.

The final scenario is the graveyard scene - you have to find your way around the maze of gravestones and into the crypt of your ancestors. This wouldn't be too hard a task but of course this is a graveyard so you have zombies by the dozen chasing you and trying to rip your limbs off. I can find little fault with Waxworks apart from the fact that most of the scenarios involve some sort of maze or other, which can get a bit annoying.

Vision 100%
Hold on to your lunch, fantastically gory.

Playability 80%
All the fun of arcade and adventure games.

I can find little fault with Waxworks, apart from the fact that most of the scenarios involve some sort of maze or other, which can get a bit annoying. 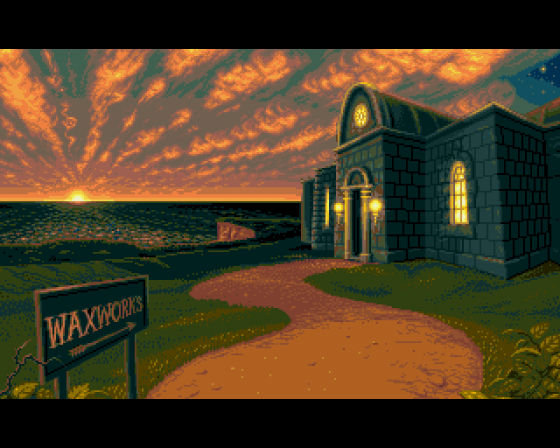 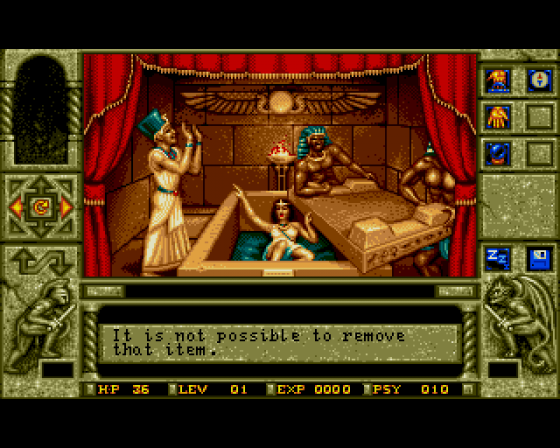 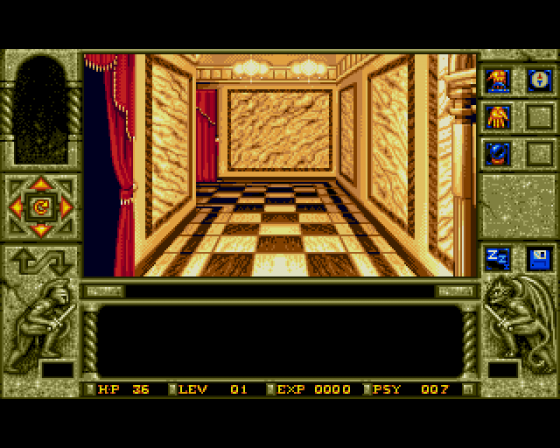 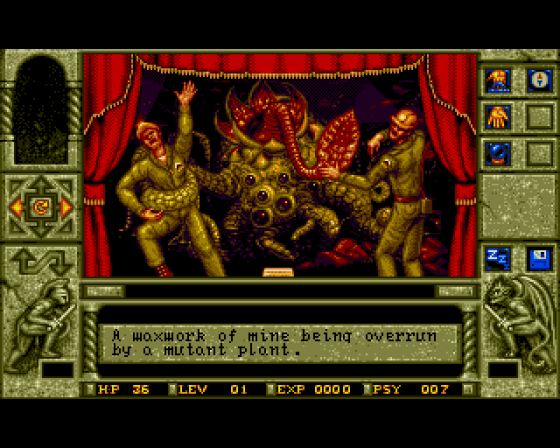 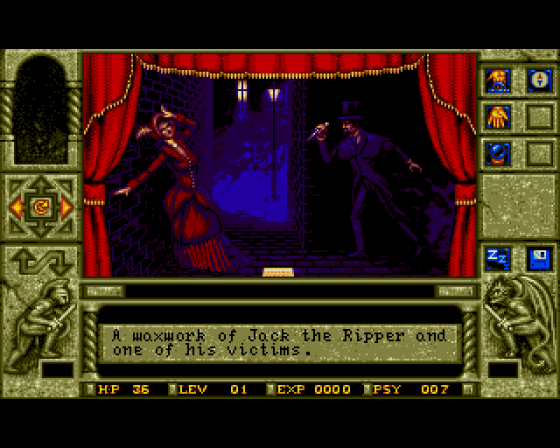 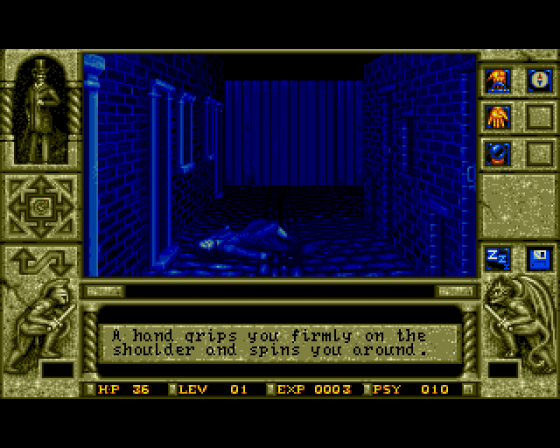