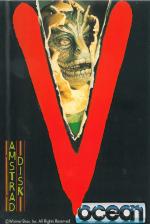 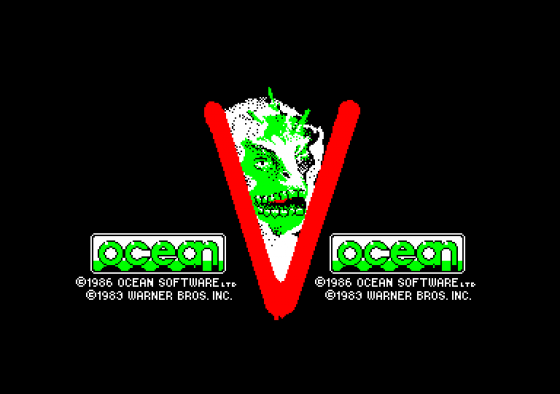 If you don't like code cracking then V, based on the sci-fi television series, could prove more than a little infuriating to you.

The earth has been invaded by a race who call themselves "The Visitors", a pretty bland name for lizard-like aliens who disguise their revolting reptilian features behind a false human skin. Their eating habits also leave much to be desired. They think nothing of a tasty rodent for starters and human flesh for the main meal. What they like for pudding, goodness only knows.

Resistance to the aliens is led by Michael Donavan, the part you play. To defeat the Visitors, he must place explosives in five strategic areas of the ship - and blow it up.

Two thirds of the screen is taken up with side views of the space ship. The bottom third is filled by the Communiputer, divided into three windows, displaying various information.

V is fairly entertaining, but it's a pity it wasn't easier to get into.

V is fairly entertaining, but it's a pity it isn't easier to get into. 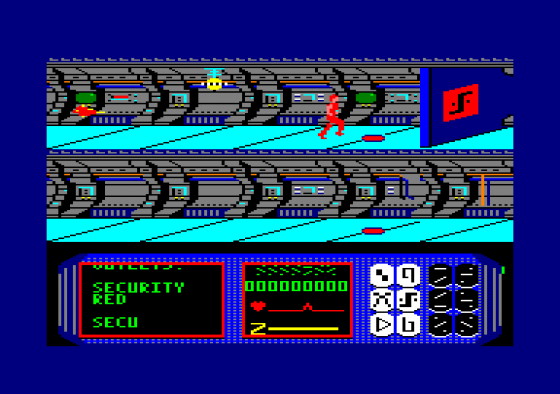