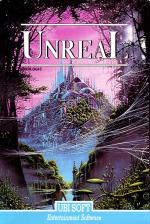 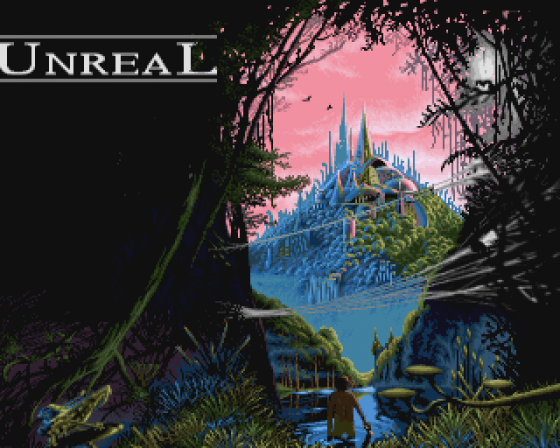 Unreal was once a barren planet. But then the Sleeper awoke long enough to send a servant to create life there. The necessary ingredients were life-giving eggs, the four elements (water, air, earth, fire) and two guardians to maintain the balance between good and evil. Unfortunately, the servant was killed by a meteor and his possessions scattered, bringing chaos. The guardians soon become all powerful, controlling everything from dinosaurs to the smallest bee. The only exception was life in one isolated valley where a lie egg fell which the guardians missed.

It was here that Isolde and Artaban were born. As they grew up they met a friendly dragon. But one day the servant of a guardian saw her. He took Isolde to his master, who was instantly captivated by her beauty. Isolde agreed to marry him to save the valley.

But Artaban, after arming himself with the 'changing sword' (which can shoot fire or water if dipped in these elements), climbed onto the dragon and set off to rescue Isolde. 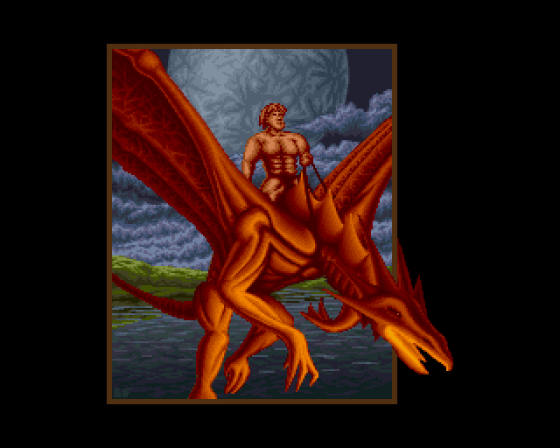 The game has eight levels: five have Artaban riding the dragon in a super-fast 3D arcade game. Three are horizontally scrolling arcade adventures. Level one is 3D, with the dragon zooming though a forest packed with trees, bridges to fly under, huge dinosaurs and swooping bats. Pressing Fire will destroy many of the creatures, useful for when you dive down to pick up bonus objects, shield and improved firepower. Points are vital since they contribute to energy. Lose a lot of energy and you pause, as if you'd lost a life. If you lose all energy you can continue in 'training mode' where no points are scored.

If you survive this level Artaban gets off the dragon, draws his sword and gets into arcade adventuring. The objective is simply to get to the end of the massive, horizontally scrolling level. But it's far from easy. This forest is inhabited by sabre-tooth tigers, fire-spitting plants and much more besides. Simply hack 'n slaying isn't enough. There's magical walkways which fall from the air, form and then disappear. There's flaming logs which must be put out, vines to swing on and moving logs to cross rivers on.

Subsequent levels include a snowy wasteland (with wind which pushes you backwards) and a superb rotating castle which sends out zillions of dragons - the final confrontation takes place inside. 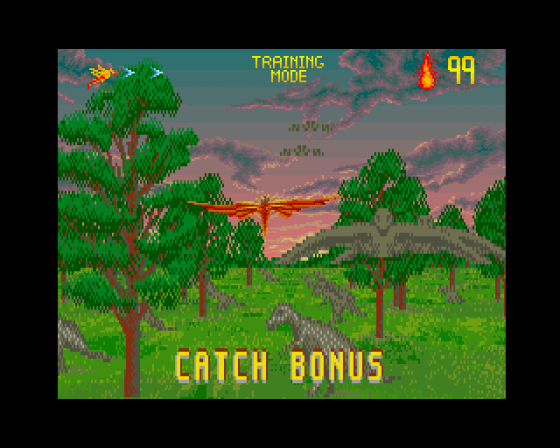 Unreal is obviously designed to outdo Shadow Of The Beast as a superlative demonstration of the Amiga's graphics and sonics. In this it succeeds brilliantly. The arcade-adventure levels have superb graphics, full of detail and imagination.

The huge palette of colours, smooth scrolling and the speed at which large creatures are whizzed about are something only an Amiga could do. Plenty of thought has gone into it, as is shown by the way the floating logs dip when you land on them.

Gameplay is tough, but very satisfying. The mini-stages making up the huge levels all contain puzzles, usually fairly simple thought some are quite nasty. 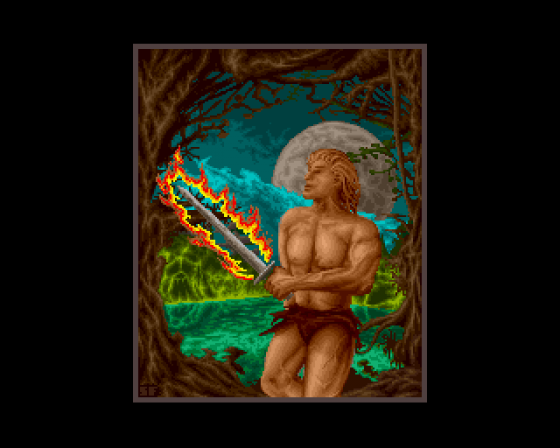 The 3D sections feature some superb background graphics, with numerous levels of parallax scrolling working flawlessly. The actual graphics of obstacles and enemy creatures are a bit blocky close-up, but they're huge, fast-moving an imaginative. Playing it gives a real arcade feel.

This is a quality product which uses the Amiga to the full. The horizontally scrolling stages are reminiscent of Shadow Of The Beast but I found the graphics more attractive in their subtlety while the gameplay is more varied with plenty of simple puzzles to solve.

The 3D levels are very impressive technically with their incredibly high speed, though the simple blast-it-all action gets a bit repetitive after a while. 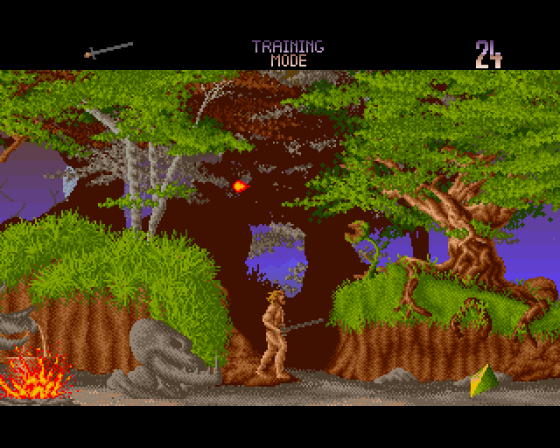 Still, Unreal is a super package, good value for money.

Presentation 92%
Save at any time, three game-save positions, flashy attract mode, nice and sequence and a free poster. Three disks, but accessing is restricted to loading in the big events.

Graphics 94%
The 2D sections show off the Amiga's palette to the full, while 3D sections have a great arcade feel.

Lastability 87%
Lots to see and while very tough, save feature means it's do-able.

Overall 87%
A visual spectacular which plays well too.

A visual spectacular which plays well too. 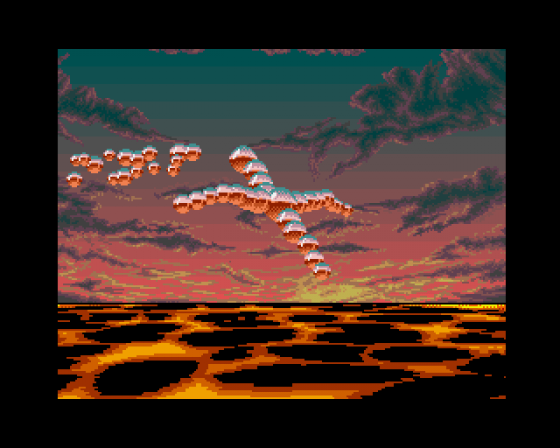 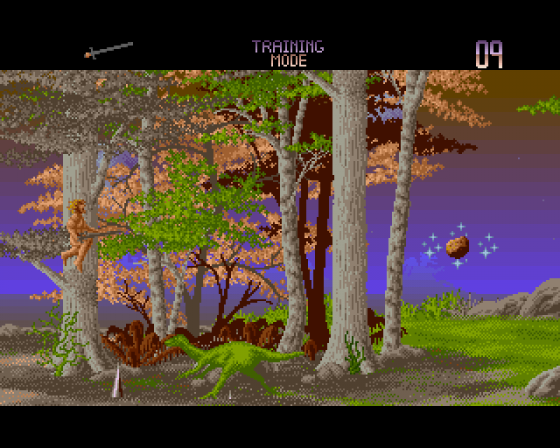 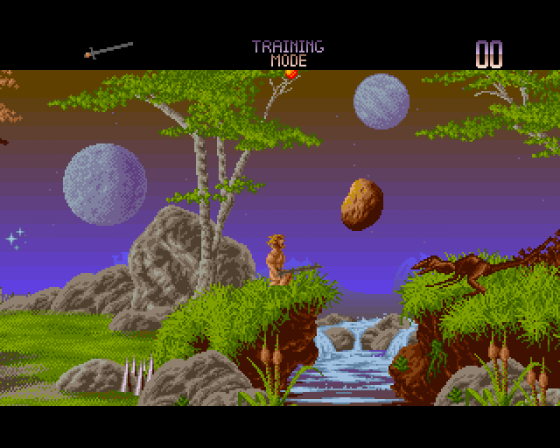 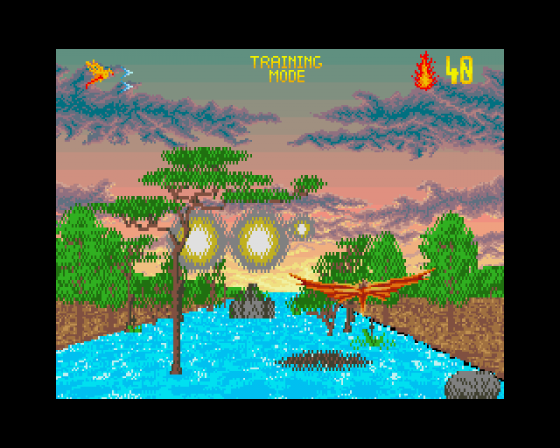 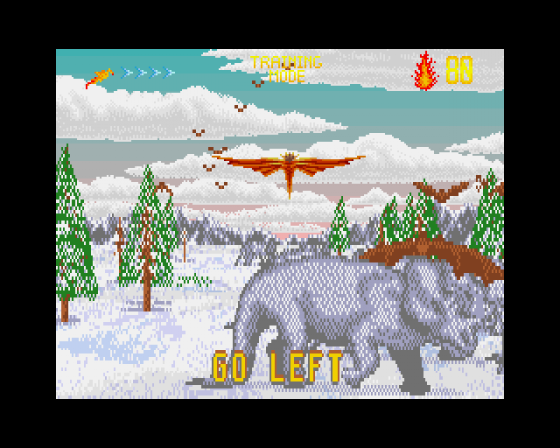