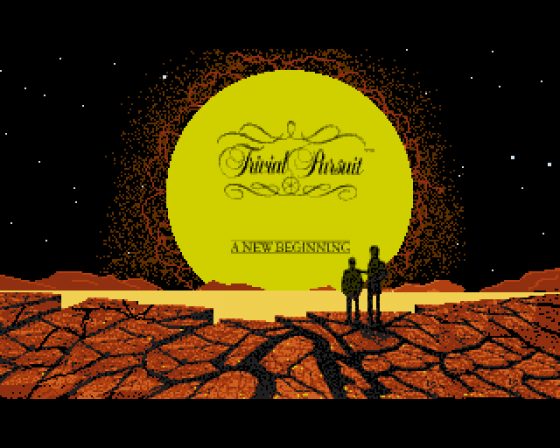 Well (sob, sob) - the end of the world is nigh. So what are you going to do about it, huh? (Who, me?) Yeah, you, the spotty one with the kipper tie who always gets all his homework right.

You're going to travel the galaxy collecting the six artefacts that will give you access to the only remaining planet able to support human life, that's what.

You (and a few mates) take it in turns to travel to planets and answer questions. Get one right and you carry on, fail and the next player gets a go. 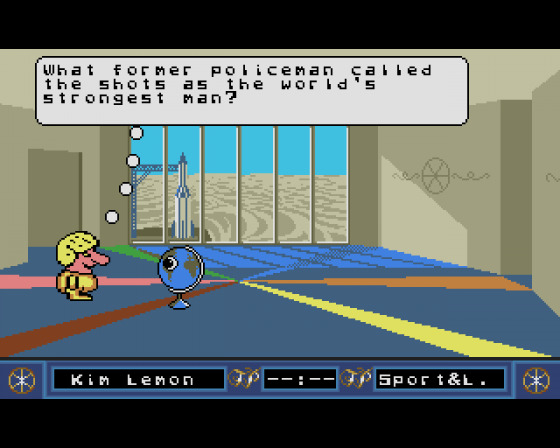 Six artefacts in your pocket? Off you go to the planet Genus II and answer one final question. Get that right and you'll be scoffing lasagne when the big bang comes.

Smart guys have no heart... 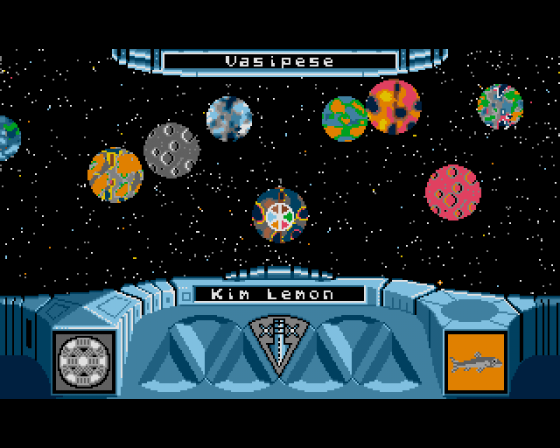 The graphics just don't amount to anything worthy of 16-bits and the sound is virtually non-existent. So what? you might say, it doesn't need them - well, no, but £19.95 still seems a bit steep when you can get the superior graphics and gameplay of Powerplay for a few quid more.

If you just glanced at this in passing you'd have hard job trying to decide whether it was an Amiga or a C64 game. Obviously it's stupid to look for mega graphics and sound in the conversion of a board game but I still think they could have jazzed up the presentation with more than a few spinning planets.

The gameplay itself is as much fun as it ever was but if you're going cross-eyed wondering whether or not to add it to your collection, take a long look at Powerplay first. For a few quid more, you get a dead challenging trivia game which really exploits the potential of the Amiga. 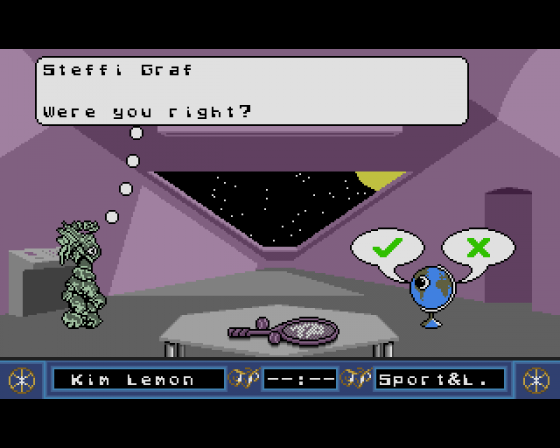 Presentation 76%
Up to six competing players and loads of options menus.

Hookability 79%
Easy enough to get into - and you've got to prove your brainpower.

Lastability 56%
Only for hardcore trivia enthusiasts once the initial enthusiasm has worn off. 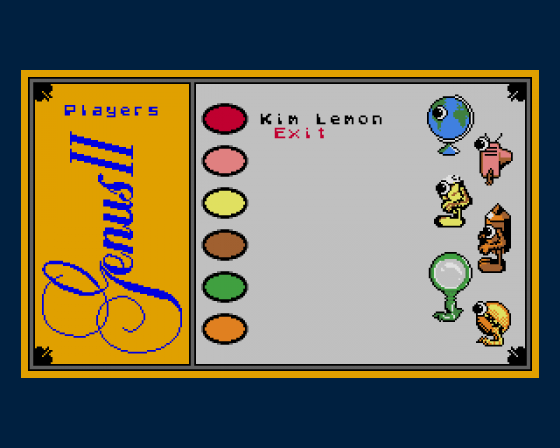 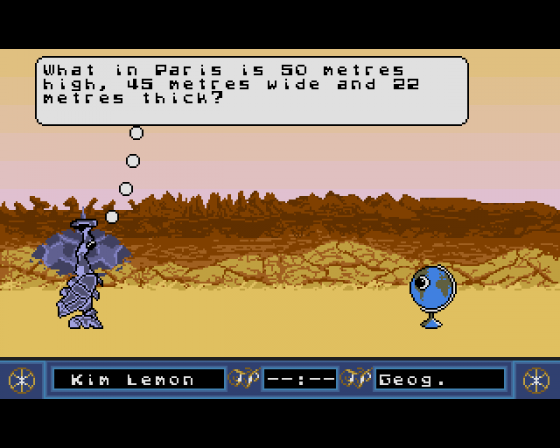 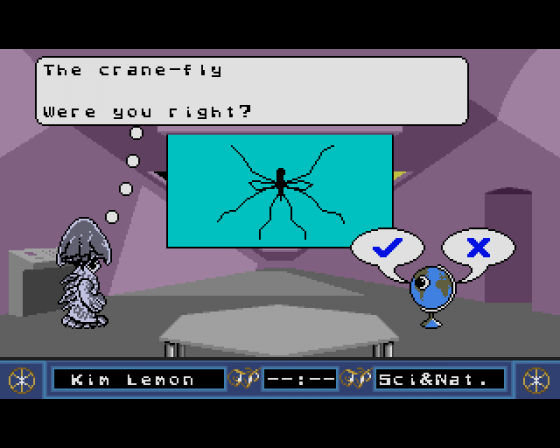