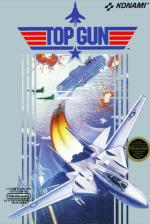 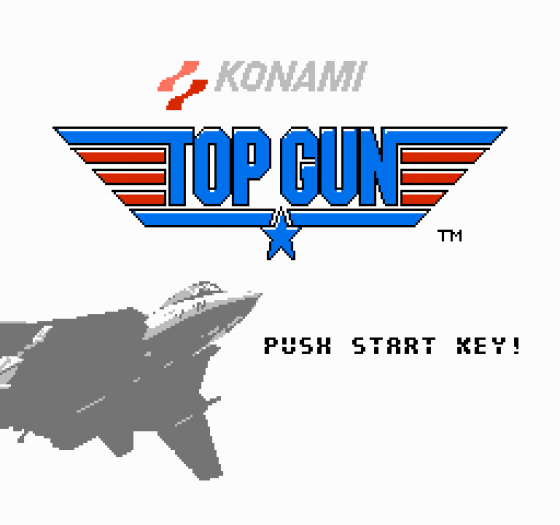 Top Gun will really take your breath away (Well, why go for an original intro when a cliched one is staring you in the face?).

It's based on the gung-ho flyer's film in which Tom Cruise and his mates down squadrons of Russkie MIGs in their F14's and Kelly McGillis looks stunning, though slightly less than convincing, as a fighter plane expert.

Still, you don't need to have seen the film to enjoy this excellent flight game. 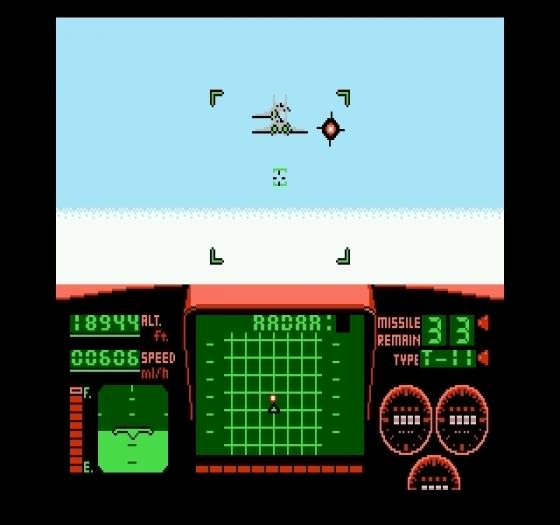 Having played quite a few flight sim games on home computer, I was immediately struck by the level of sophistication that the designers have achieved using the four key pad buttons that are available to them on the Nintendo keypad.

This is very different to the home computer versions which often use just about every key on the computer to implement all sorts of moves.

There is no loss of gameplay - in fact, if anything the gameplay is improved as the designers have concentrated on flying and fighting rather than reproducting all the dials and buttons of the real thing. 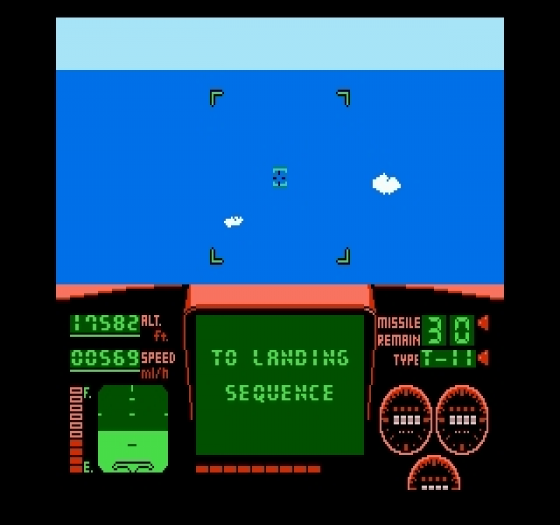 There are four levels of play. Combat level one is for beginners - take to the sky and start mixing with the Migs. This will enable you to get to grips with the flight controls and practise using your cannon and heat-seeking missiles.

Combat level two is a real battle challenge. Enemy MIGs are taking off from the Russian Carrier Minsh, and submarines are tracking you from just below the surface of the ocean: your mission is dodge the flak, down as many MIGs as you can, reach the Minsk and sink her.

Combat level three is an air battle over land. Your mission is to penetrate the enemy fortress. But before you can do this, you must first avoid guided missiles and out-manoeuvre low-level attack choppers, before blasting the defences of the fortress. 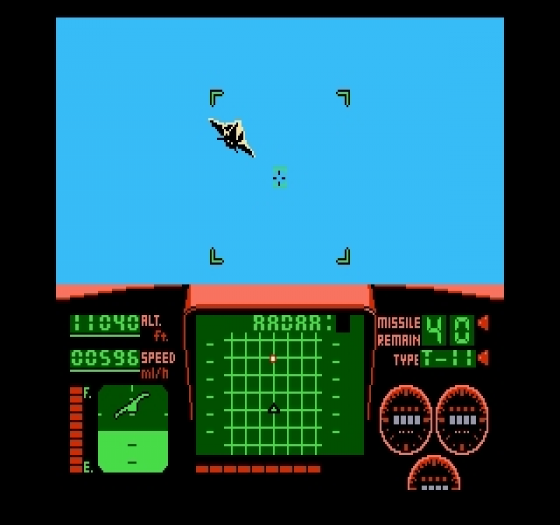 With a huge stretch of the imagination, level four takes you into space in an attempt to destroy the enemy Killer Satellite - their key weapon in their plan for world domination.

Plenty of cockpit information is available to you. There is an altimeter to tell you your altitude, fuel meter, air speed indicator, cannon and missile sight, artificial horizon to tell you the various angles and directions you are flying, a damage indicator and a multi-purpose display of the centre of the controls.

Most of the time this display acts as a radar but it also gives you printed messages: warnings of enemy planes on your tail, height warnings if you are too high or too low when attempting to land or refuel, etc.

Landing on to your carrier and refuelling are two of the trickiest manoeuvres that you have to master. You certainly have to master these if you want to succeed in the four Top Gun missions.

One nice touch are the screens that come up if you fail to land properly - your F14 is seen crashing into the sea yards from the carrier.

Another good thing about Top Gun is you can just pick it up and start to play. Getting MIGs in your sights blasting them with your cannon or even locking missiles onto them. At this level you can start enjoying the game seconds after you plug it in.

An excellent flight game addition to the Nintendo library of games.

An excellent flight game addition to the Nintendo library of games. You can start enjoying the game seconds after you plug it in. 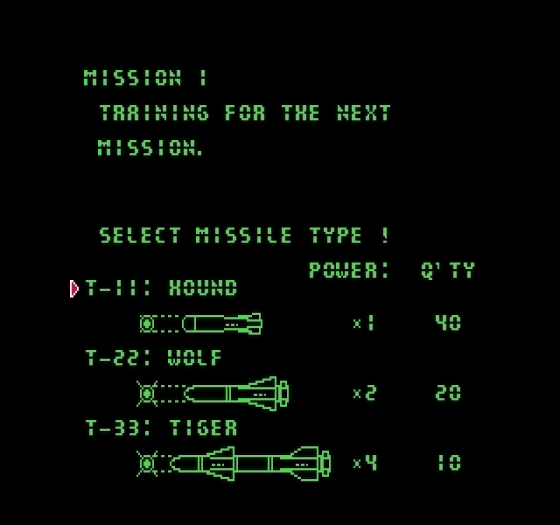 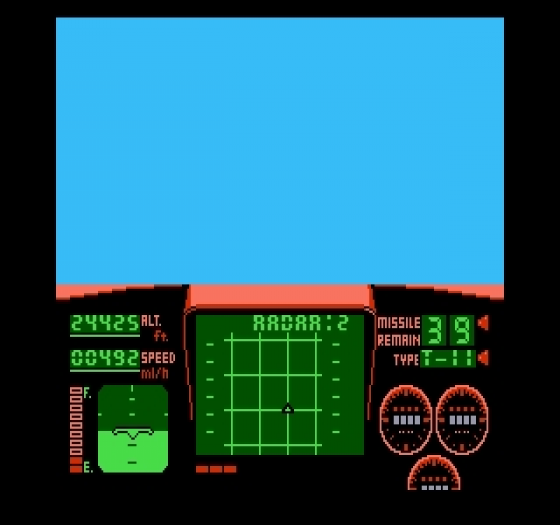 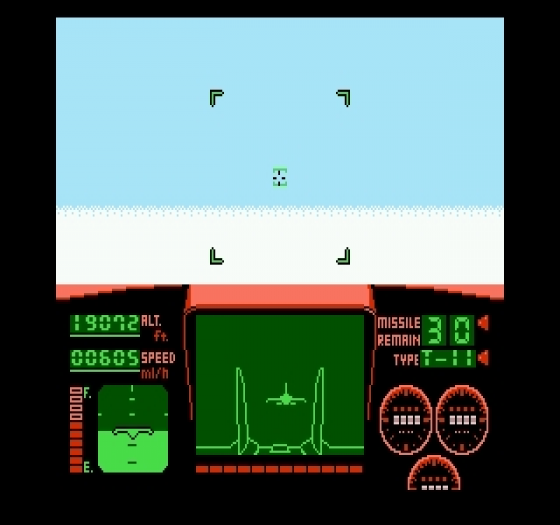 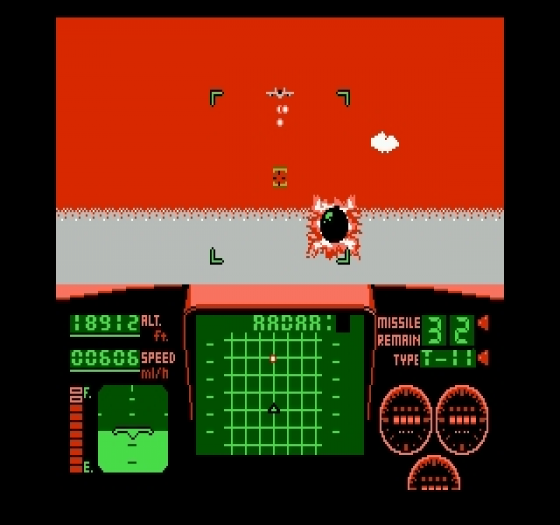 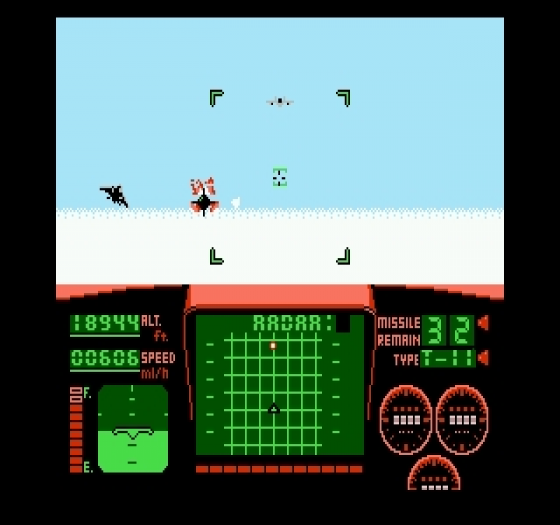 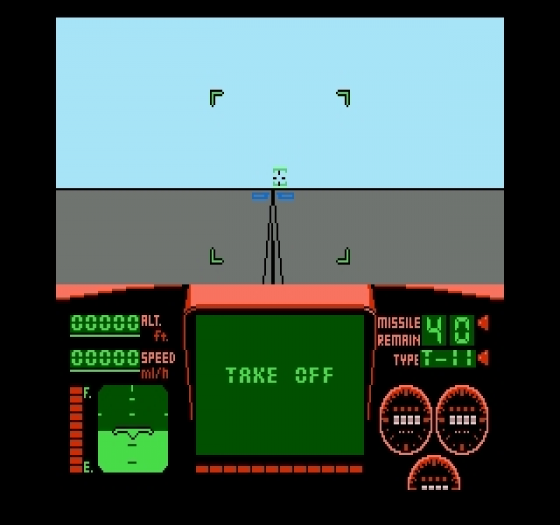