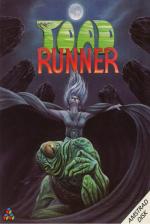 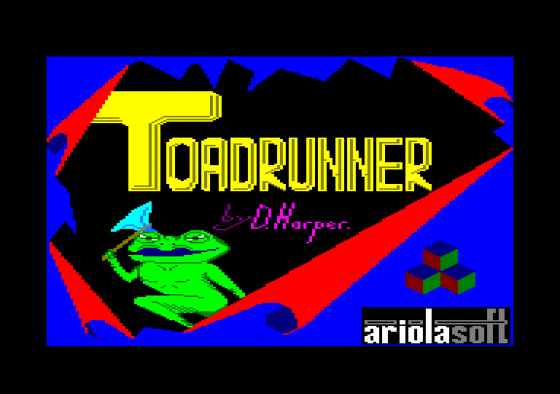 This game will instantly remind people of The Devil's Domain for the BBC Micro, as it is in a similar style. The game is a screen-to-screen problem solving type of arcade adventure - using the phrase in its most accurate way - where you have to pick up and use various objects to solve different puzzles.

You play the part of a small toad who has a certain length of time (90 toad time units) to complete the game. You hop merrily around the screen with four pockets to carry things and get your objects. Some of the puzzles are extremely devious. Using cheese to get rid of the Gorgon, water to put out the dragon's fire and others like it.

Paths to different sections of the game change with every use of them - but there are ways of telling for those in the know...

The graphics are up to the standard that is beginning to be expected on the Amstrad nowadays, with colourful characters and smooth animation. The toad is extremely toadlike and warty!

Ariolasoft (like US Gold) are branching out into English games now that the American market has dried up a bit and this game is a good start, though I'd only wsh Ariolasoft would reduce most of their prices in line with everybody else.

The graphics are up to the standard that is beginning to be expected on the Amstrad, with colourful characters and smooth animation. Some of the puzzles are extremely devious too. 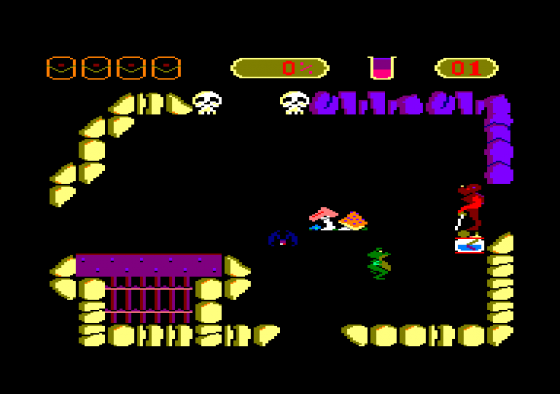 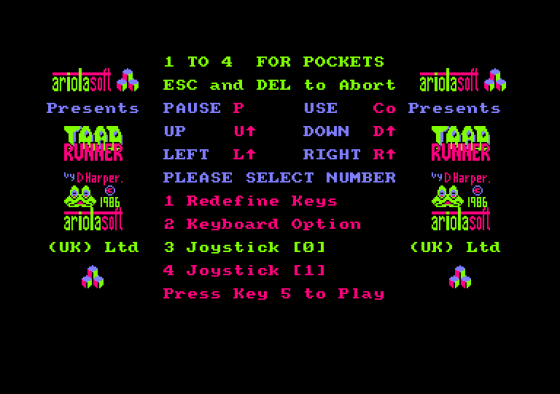 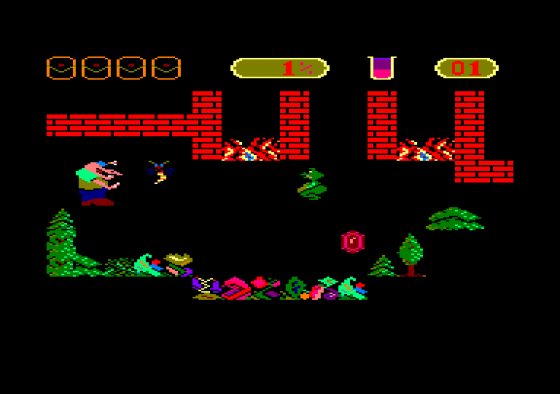