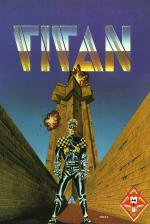 Here's something you don't normally see. An original Titus game. This game is not a rip-off of any recent arcade or popular computer game. In a way it's a bit of a Breakout clone, but only in the most basic terms. The sad fact is, it's miles worse than anything else they've ever done!

Titan is almost the exact opposite of what you would think it is for the title. In my mind, the title Titan automatically made me thing of something very big and imposing, like some hideous alien force about to take over the galaxy. Titan is an eight-way scrolling Breakout variant.

You control a small block set in the middle of the screen which is positined somewhere within a maze of bricks. Some of the bricks are destructible. Some of the destructible bricks disappear when you run into them. The other destructible bricks have to be destroyed by other means. What other means? The most innovative game idea ever. You have to hit them with a ball. A ball is normally found banging around somewhere in the maze. You have to bounce the ball off your bat in such a way that it hits the bricks and destroys them. Knock out all the bricks and it's on to the next level.

There is only one way that I've come across where you can actually lose a life. Little skulls can be found knocking about on later levels. Should you or the ball touch them, you lose a life. The funny thing is, they don't start to appear until level four, which kind of makes levels one to three a little easy.

Easy is too big a word. If I said that I got to level three without actually moving the joystick, I wouldn't be lying.

Graphics are pretty bad on all formats. The screen scrolls at a very fast, smooth rate. This wouldn't be a bad thing were it not for the highly detailed backgrounds, causing quite a bit of eye distress to all who witnessed it. The Amstrad graphics are, funnily enough, way, way better than the Amiga's. At least the Amstrad version has got colour. The Amiga version is, believe it or not, more or less monochrome.

Sound is blip-blip-blip on the Amstrad and some 'heard it before, probably on another Breakout game' drum samples on the Amiga.

As a far it's far too fast to be playable. Not fast as in joystick wrecking, but fast as in 'help-I-don't-know-what-I'm-doing' fast.

Dull, boring, badly programmed, unplayable, graphically and sonically average. DBBPUGSA. If you take some letters away and change a few, they make the word average. Says it all really. 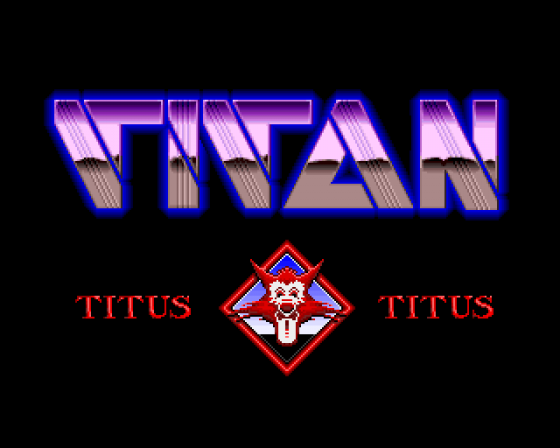 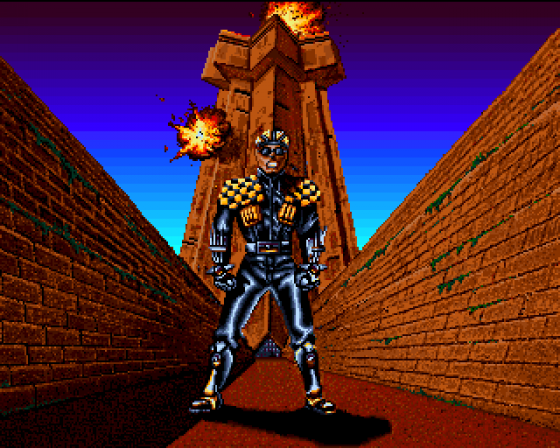 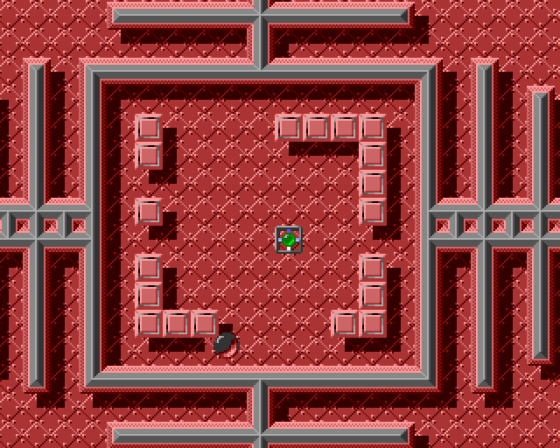 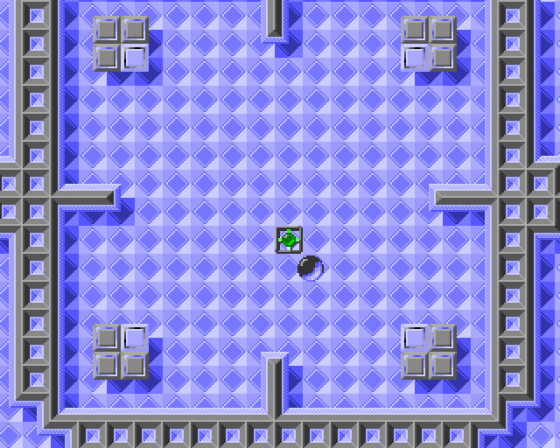