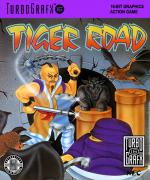 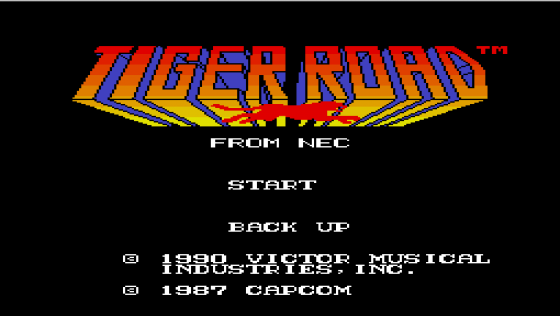 Being the baldest man in town in the Ancient East is no fun, and whenever the local gang of ninjas turn up for a fight everyone expects you to be Yul Brynner and fight them off. Having beaten them off after a particularly nasty raid, you've chased them back to their hideout on Tiger Road, and now you've got to get inside and see the whole lot of them off for good.

You start outside the base armed with a large axe, and once you've beaten the sentries, you can progress inside where you come face to face with spear-throwers, nasty bats, leaping axe men, Oriental ogres, Samurai and all sorts of supernatural schlemiels.

Luckily, the place is full of boxes which, when smashed open, reveal one of three different weapons - the axe, a mace and a pointy stick - or a POW power up which extends the range of your weapon. There are also bonus points to be earned by collecting scriptures and sacred documents. 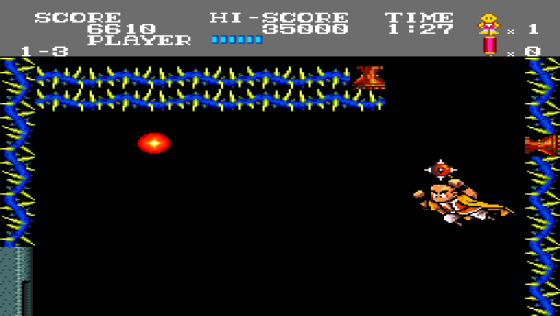 I don't recall Tiger Road being a bit hit, either in the arcade or on home computers, and this PC Engine version is unlike to take its reputation any further.

The graphics are fine and the music is okay, but the gameplay is just annoyingly difficult. The first level I can cope with without any problems at all, but from then on the computer gives itself all sorts of unfair advantages. In the second section, enemies off-screen hurl javelins at you from nowhere, then in the nest bit you have to fly your baldy through very tight spiky gaps while funs in the walls shoot streams of fireballs at you.

The fourth section is the most frustrating as it is played on a set of platforms suspended over a spiky floor. Each jump between platforms is a test of luck because vicious bats can appear out of thin air, knocking you on to the spikes. There's just nothing you can do to avoid them. Add suspect collision detection to these flaws and you have the sort of game that makes you want to take a flamethrower to the cartridge and incinerate it.

The sort of game that makes you want to take a flamethrower to the cartridge and incinerate it. 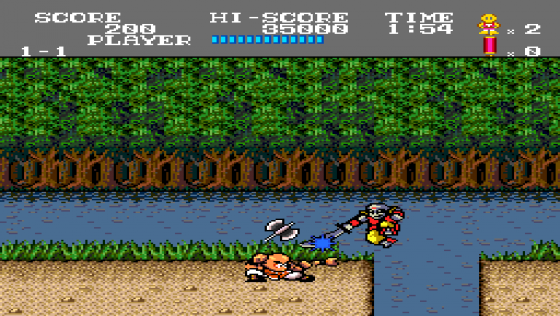 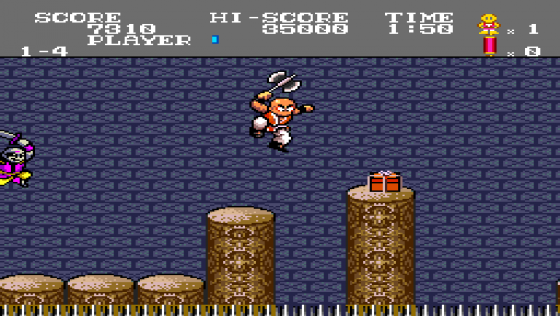 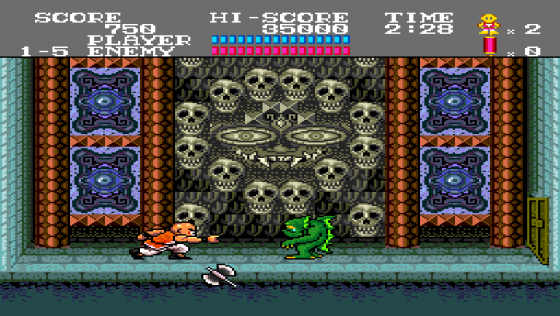 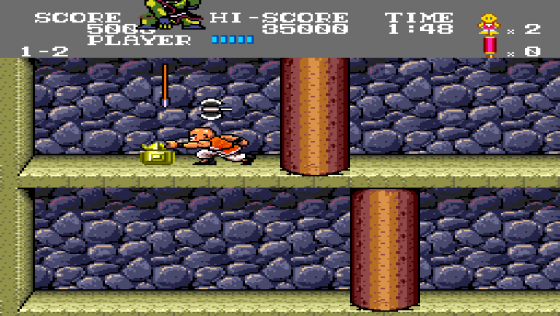 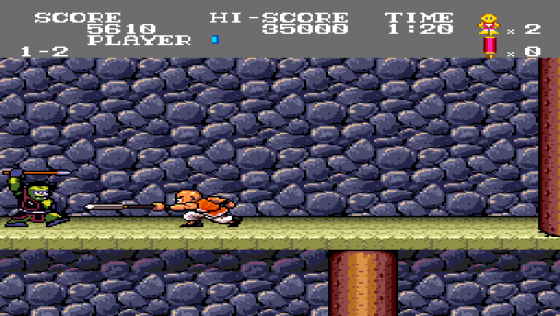 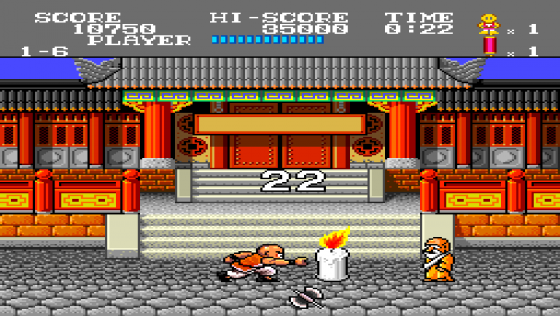 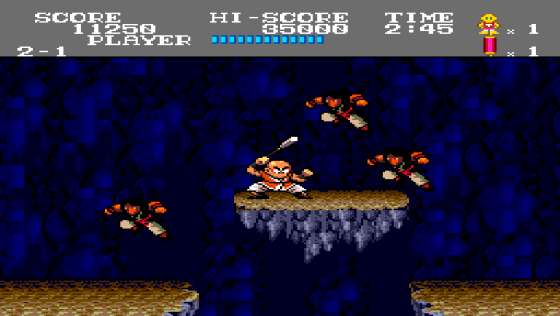