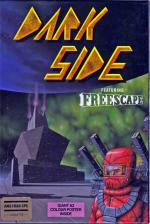 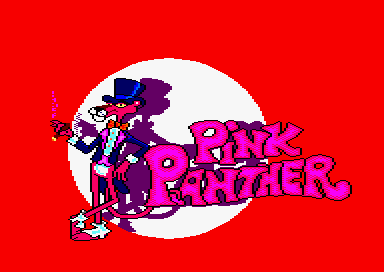 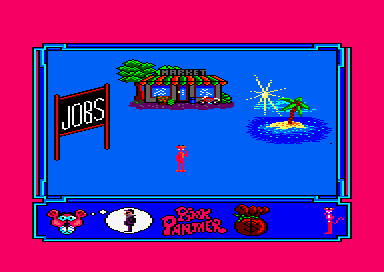 That famous panther that is pink is broke again. So that he can live a life of leisure, he's taken a job as butler. He's not very reliable though because he's only taken the job so that he can rob his employer during the night!

There are five houses that he must rob before he can relax and enjoy himself. Unfortunately all of his employers are sleep-walkers. If they bump into anything then they'll wake up and catch Pinkie in the act. The Pink Panther can stop the walker from waking by holding his hand up in front of him.

The first house has no restrictions on the people they employ, but later houses demand things like a top hat, gold watch, reference or car before you'll be allowed to work for them.

There's another hazard to your night time pilfering in the guise of your old friend Inspector Clouseau, who's been trying to catch you for years. The Pink Panther is near to completion. 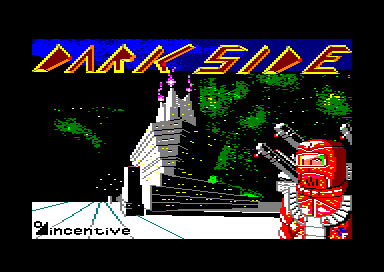 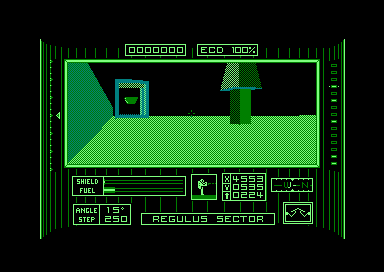 Driller was Mastergame in issue 28 and this is the sequel, due out in May. The Freescape system is again being used although it has been enhanced since Driller.

It's set 200 years after the events that took place in Driller. The banished Ketars have been plotting revenge against the Evathians for several hundred years and now they have the means. On the dark side of one of Evaths moons, Tricuspid, they have built a giant weapon called Zephyr One.

It has sufficient power to blow Evath into millions of tiny pieces. The weapon must be destroyed and to achieve this end an energy matrix has to be disabled. The matrix covers a large portion of the planet's surface.

In Driller you travelled around in a jet or an excavation probe. This time you have a spacesuit and jetpack to explore the planet. There's a limited supply of fuel in the tank, but it can be replaced. As well as surface exploration, there is also a series of underground tunnels that you can enter. Tricuspid is not deserted and you have to look out for the tank-like Plexors that will try and kill you. The Dark Side is due for release in May.

This has been programmed by the same team that brought you Barbarian (a sequel to Barbarian is also planned).

In the outlying regions of the universe is a section of space where the dominant life form is insect-based. The Insectoid race developed their technology and began to travel between the stars and colonize other uninhabited worlds. Life was going well for them until the Arachnoids appeared on the scene. They are a hostile race and tried to dominate the Insectoids.

The Insectoids created a series of forcefields to protect their coionies from attack. The forcefields need periodic re-charging and that's where the Rimrunners come in. Rimrunners are Insectoid warriors mounted on the back of bipedal reptilian creatures. They charge around the colony shooting at Arachnoids and re-charging the forcefield generators. There are five generators on each planet and you have to keep them all powered up for a set amount of time. At the end of that time you move on to the next planet in the series.

When it's finished there will be two versions of the game on the same disk or tape. They'll play exactly the same, but the background graphics will be different - as was the case with Barbarian, Rimrunner is very near to completion as we write this.